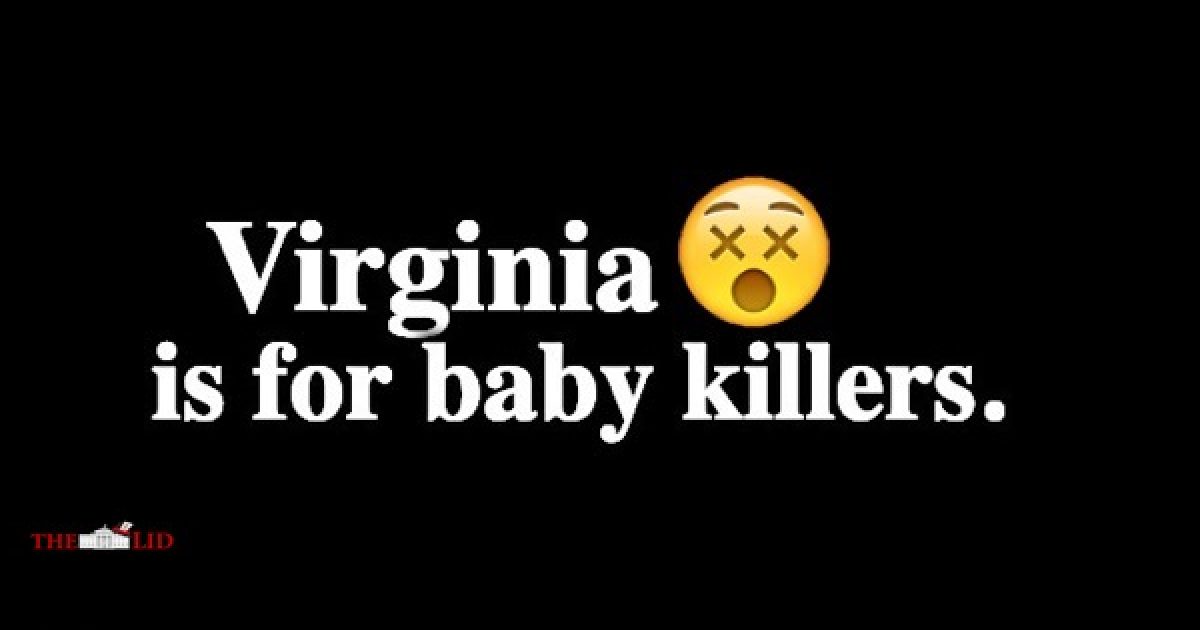 Virginia Republicans defeated Tuesday a bill loosening abortion restrictions after the sponsor admitted that the legislation would allow the procedure even after the mother went into labor.

A House subcommittee voted 5-3 to table H.R. 2491, called the Repeal Act, with all Republicans voting to table it and all Democrats voting against.

“Virginia House Democrats proposed legislation to allow abortions up to just seconds before that precious child takes their first breath,” said the Virginia House Republicans said on Facebook. “Watch for yourself. Thankfully, our strong conservative majority was able to defeat this bill.”

Virginia’s Democrat Governor Ralph Northam has affirmed that the state’s new abortion bill allows mothers to kill their babies even as they are being born healthy and at full term.

The governor was asked about the recent bill introduced by Vir. State Delegate Kathy Tran made a case to lift restrictions on third-trimester abortion. Tran said that her bill would make it legal to kill a healthy baby even as it is being born at full term.

Northam recently made the most shocking of statements as he sat for an interview on a radio show.

Wait… didn’t Northam just advocate for “abortion” to be determined after birth?

He said decisions could be made about the child’s life after the baby was born, maybe even resuscitated, and “made comfortable”! That would necessarily mean after birth.

The governor’s gruesome, murderous opinion was loosed after Tran introduced her bill and a Republican Delegate asked just how closer to the moment of birth would her legislation allow “abortion.” Tran replied that abortion could be chosen even as the mother is going into labor and is fully dilated for birth.

“How late in the third trimester could a physician perform an abortion if he indicated it would impair the mental health of a woman?” Del. Todd Gilbert (R-Va.) asked.

Tran also admitted that there is no time limit in the bill to a time when abortion is no longer a legal choice.

“My bill would allow that, yes,” Tran admitted.

You can see that exchange here: