Did VA Gun Rally Cause End Of The World? Nope. Media Lied Again 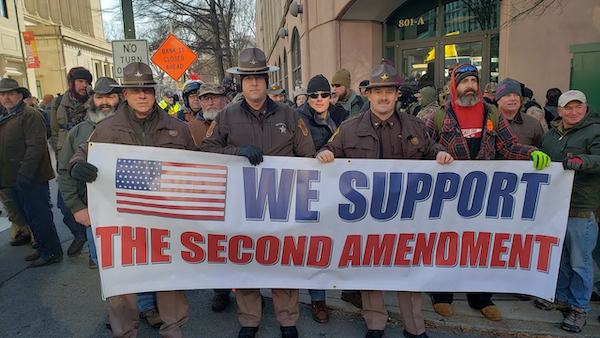 The media warned us about Monday’s gun rally in Virginia, They practically said the gun rally was going to lead to a disaster of biblical proportions, you know Old Testament, real wrath of God type stuff– fire and brimstone coming down from the skies! Rivers and seas boiling! Forty years of darkness! Earthquakes, volcanoes…The dead rising from their graves…human sacrifice, dogs, and cats living together, NY Jets winning the Super Bowl… mass hysteria.

After hundreds of warnings that all hell was going to break loose at the Virginia Gun Rally on Monday. It was totally the opposite. There were no arrests, no confrontations with police, no violence. Many of the 2A supporters were armed, yet stayed in the designated places. Not a shot was fired. No neo-nazis ran rampant through the crowd. No dead rising from their graves and sadly now NY Jets winning the Super Bowl. Heck, the 2A supporters even picked up their own trash after the rally.

“The media claimed thousands of white nationalists would be here. In reality, one Nazi Holocaust denier showed up and was quickly shut down by the #VirginiaRally attendees. There was no violence all day. Just peaceful protest.” Caleb Hull

One media, MSNBC, tried to spread fake news about what the crowd was chanting… He said they were chanting, “We will not comply” when they were reciting the Pledge of Allegiance.  The reporter was forced to back up and revamp his comment by stating that he took two videos minutes apart.

The strange part is that it didn’t even sound like they were saying, “We will not comply.”

Chants of “we will not comply” from gun rights protesters in Richmond. pic.twitter.com/BjEfniwMKP

The media was desperate to push the narrative that the gun owners were all “white nationalists” or “neo-nazis”  and expected a bloodbath. 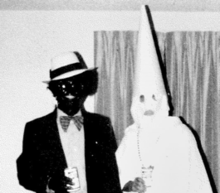 Which One Was Gov. Northam? I forget. Oh Wait, So Did he.

They left disappointed. So did Virginia’s black-face wearing Governor, who, by the way, left before the rally.

This is awkward for the media

The only Nazi sign at the Virginia rally was about Ralph Northam pic.twitter.com/pOWE8uHXHE

Even though it was only one, it was still inappropriate. Most gun-owners I know, would never carry a poster like that.

So, you’re telling me that tens of thousands of gun-toting, patriotic Americans

peacefully demonstrated in Richmond, where — no one was injured —

and people cleaned up after themselves?

Sounds about right. The media lies to us. #VirginiaRally #MLKDay

Every race was at the Virginia Gun Rally in support of the 2nd amendment. 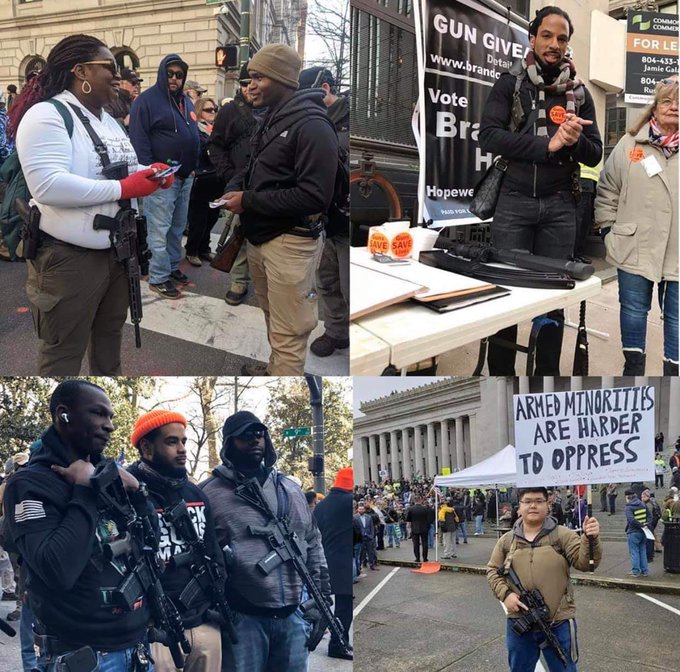 The #Virginia2ARally is f*cking nightmare for antigun far left media.

There's no racism, no conflict, not even any yelling. People are taking turns on the mic. Lining up to sign the petition. It's peaceful, tidy, and even police are speaking out for gun rights.#defundCBC pic.twitter.com/4Thcah28k8

RETWEET to let the world know is that #VirginiaRally is NOT a bunch of “White Supremacists.”

RETWEET to fight against the media lies. pic.twitter.com/wBYuBwbHke

In truth, white nationalists (aka white supremacists) are generally more of a minority than any Black, Asian, Hispanic, or other minority groups. They haven’t surged because of President Trump. They’re still a small percentage of losers in our country. Remember, before Trump was elected, the media wrongly blamed the tea party.  But of course, the left-wing media wants you to think otherwise and blame the President. And they aren’t above lying and manipulating the truth to accomplish their plan.

The Virginia Gun Rally went off without a hitch. People genuinely concerned about their Constitutional rights came and made a point. Will anyone listen? Probably not.

“The media told me this would be a white supremacist rally that would turn into a brawl. What happened? Did they lie?” Caleb Hull

But to be honest, there was one person who wondered why the Police didn’t get involved.  But then again, she is not too smart.

AOC on Gun Rights March: “Why were there almost no Police Officers?”

Part of this post was first seen at Conservative Firing Line