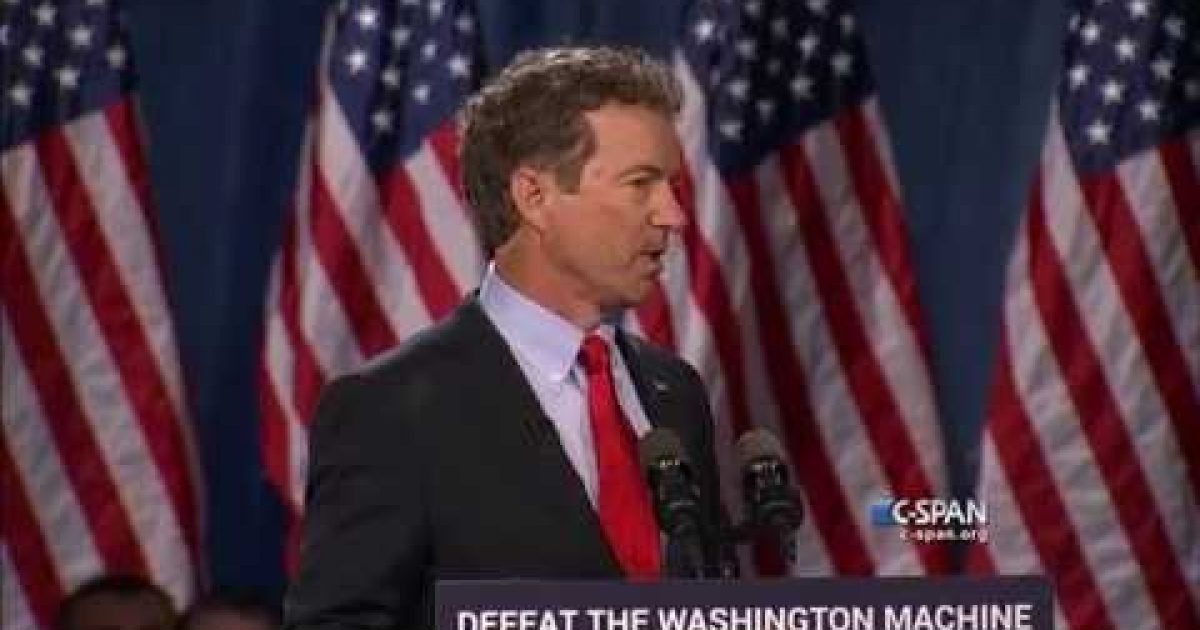 For those who missed it, the below is Senator Rand Paul’s announcement that he is running for the GOP presidential nomination. In a nod to Ayn Rand He made the announcement from the Galt House Hotel in
Louisville, KY.  The speech was very well received by the Paul faithful and may have peaked the interest of traditional conservatives as well.

The Senator did himself well.  Next up for the GOP according to sources will be Marco Rubio.