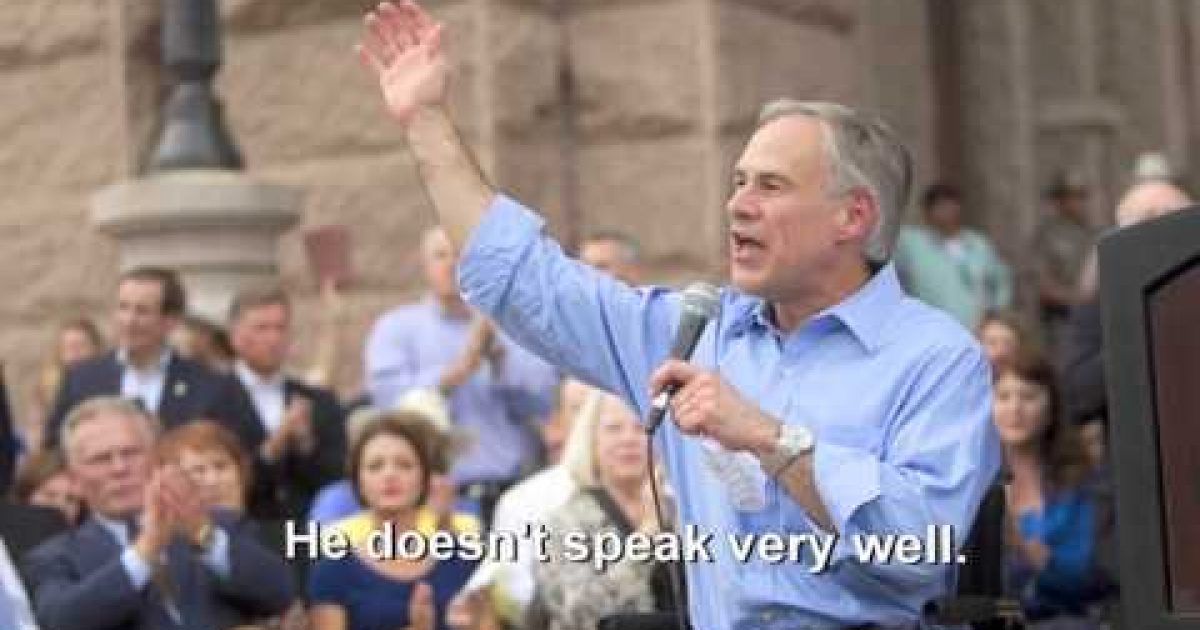 Earlier this week we reported Texas Democratic Party gubernatorial candidate Wendy Davis’ gaffe about her opponent saying he “hasn’t walked a day in my shoes.”
At the time we explained that her opponent Greg Abbott cannot walk in her shoes, he has been in a wheel chair since he was 26-years-old after a tree fell on him while running and paralyzed him from the waist down. Perhaps Davis didn’t remember that because Abbott does not use his struggle as a campaign tool like Ms Davis does.

That statement her not remembering may have been incorrect as Project Veritas has released a video (below) showing her supporters at a Davis rally mocking his disability and mocking the fact that they had forged signatures:

But that’s not it. When asked about forging signatures on absentee ballots, Deputy Voter Registrar and attorney Lisa Wortham covered her ears and then went on to admit, “I’ve seen people do that all the time.” Battleground Texas volunteer Celeste Grahm then added, “I don’t think it’s legal but I didn’t hear you say that.”