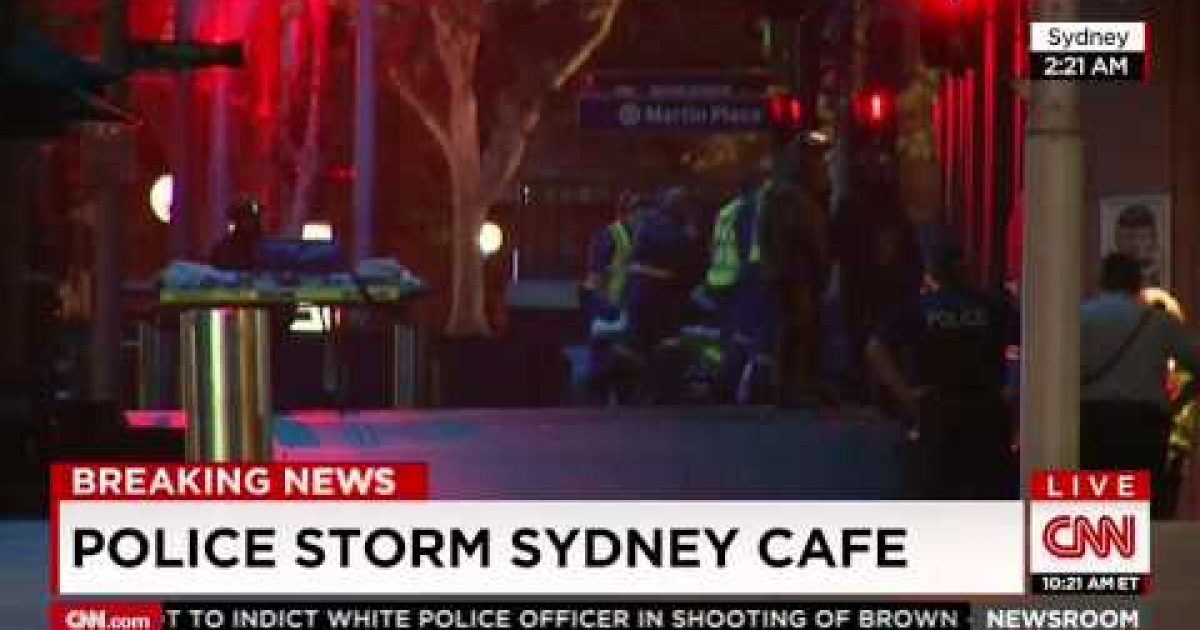 The siege in Sydney Australia, at approximately 10:15am EST, 2:15 Sydney time police stormed the Lindt Chocolate Cafe where a Muslim Terrorist had been holding hostages for about 17 hours. Channel 7 in Sydney is reporting, “at least two people were killed and three others [were] gravely injured.” At this point it is not know whether police and/or the terrorist (who was according to one source was killed) are included in the victim count. Police aren’t releasing details.

Approximately 15 minutes before gunfire was herd a group of hostages ran out of the Cafe presumably escaping the hostage situation. According to Australian ABC Network, the terrorist was identified by police as Iranian cleric Man Haron Monis.

Monis, who was granted political asylum in Australia, is currently on bail for a string of violent offences, including being an accessory to the murder of his ex-wife.

More will be reported as facts are released.

It has now been confirmed that one hostage is dead and the other death was the terrorist.