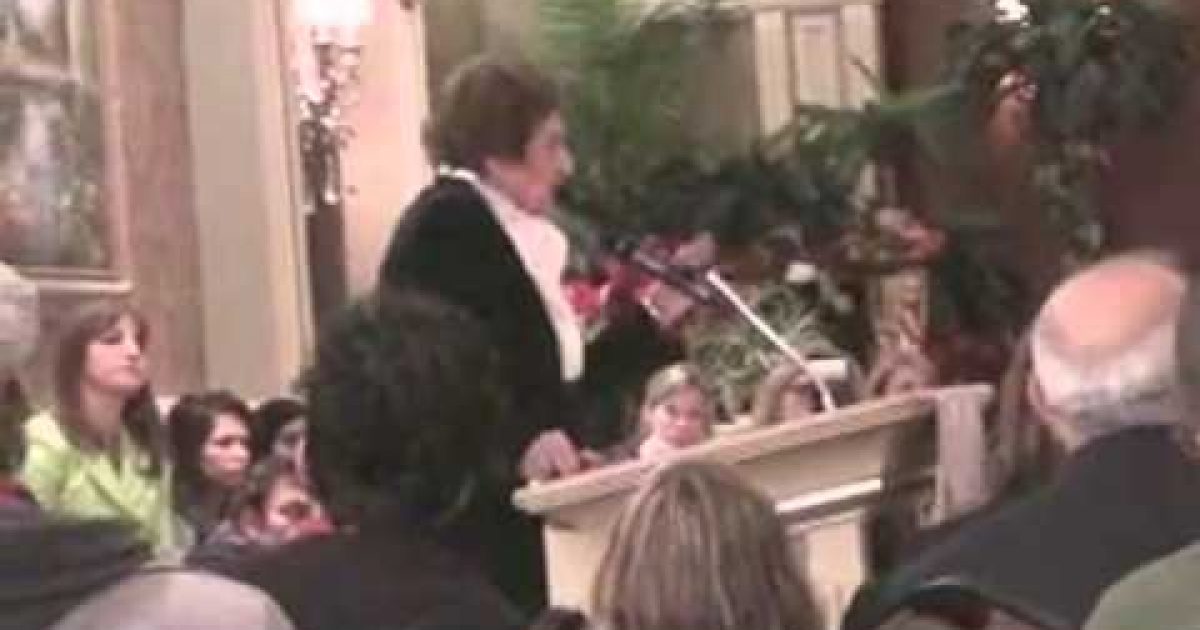 Most Americans were horrified by Helen Thomas’ latest round of anti-Semitic hatred, which ironically were made at an Islamic anti-bias forum. For example, Thomas’ alma mater, gave out a Wayne State University Helen Thomas Spirit of Diversity in the Media, well until she made the comment:

“We are owned by propagandists against the Arabs. There’s no question about that. Congress, the White House, and Hollywood, Wall Street, are owned by the Zionists. No question in my opinion. They put their money where there mouth is…

Thomas was able to put almost every anti-Semitic stereotype into that one paragraph. Which led Wayne State to realize that maybe Ms. Thomas’ hatred of Jews did not make her an appropriate person to name a “Spirit of Diversity in the Media” after,  so they announced on Friday that they would no longer be giving out that award.

“Wayne State encourages free speech and open dialogue, and respects diverse viewpoints,” the school’s statement said. “However, the university strongly condemns the anti-Semitic remarks made by Helen Thomas during a conference yesterday.”

Not everyone was happy with Wayne State’s move, the National Arab American Journalists Association (NAAJA) released a statement asserting that taking this award away from was a violation of free speech and that the University was succumbing to “pressure from Pro-Israel hate organization”

Wayne State University, which has a large American Arab student population located in the heart of the nation’s largest American Arab community, took the action in the face of pressure from Pro-Israel hate organizations angry because Helen Thomas expressed an opinion criticizing the influence of Zionist American organizations on American Foreign Policy.

Watch her speech below and see the venom she spews not only for Jews (which comes at about 3:41 but for American Foreign policy, she refuses to acknowledge the role of terrorism in the Afghan War, stating that the insurgents are the ones protecting their country.