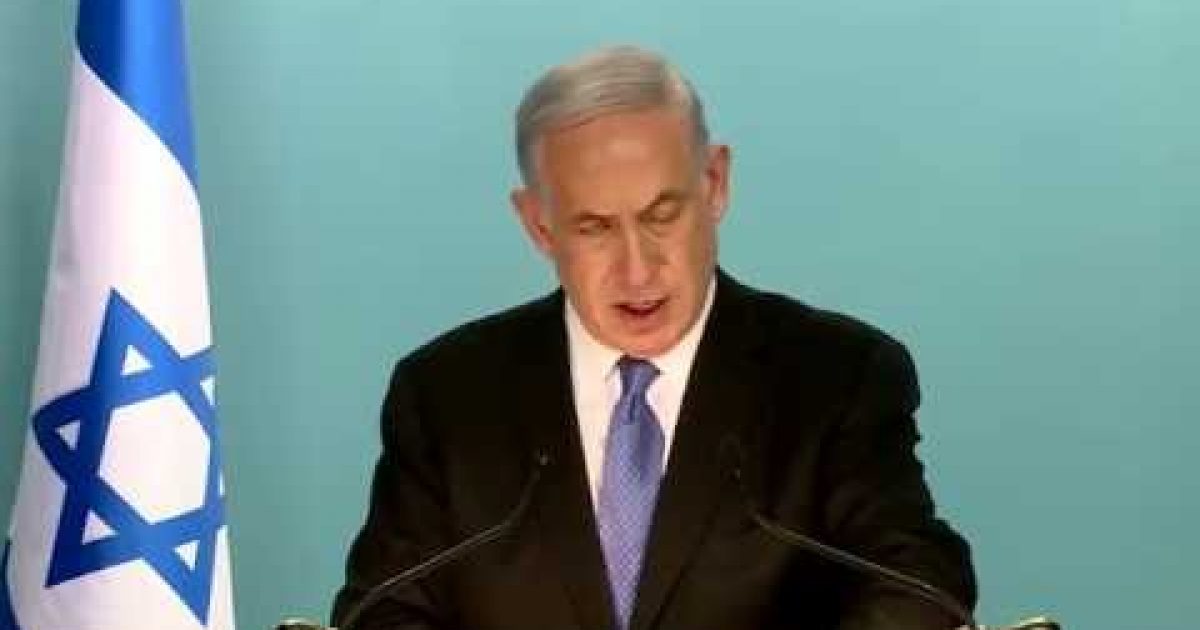 In the speech he made to the Israeli people immediately after holding an emergency meeting of his cabinet Israeli Prime Minister Binyamin Netanyahu explained what was wrong with the deal announced by Obama yesterday and reminded the world that Iran is still promising to destroy the Jewish State.


I just came from a meeting of the Israeli cabinet. We discussed the proposed framework for a deal with Iran. The cabinet is united in strongly opposing the proposed deal.

This deal would pose a grave danger to the region and to the world and would threaten the very survival of the State of Israel.

The deal would not shut down a single nuclear facility in Iran, would not destroy a single centrifuge in Iran and will not stop R&D on Iran’s advanced centrifuges.

The deal would lift sanctions almost immediately and this at the very time that Iran is stepping up its aggression and terror in the region and beyond the region.

In a few years, the deal would remove the restrictions on Iran’s nuclear program, enabling Iran to have a massive enrichment capacity that it could use to produce many nuclear bombs within a matter of months.

The deal would greatly bolster Iran’s economy. It would give Iran thereby tremendous means to propel its aggression and terrorism throughout the Middle East.

Now, some say that the only alternative to this bad deal is war. That’s not true. There is a third alternative – standing firm, increasing the pressure on Iran until a good deal is achieved.

And finally let me say one more thing. Iran is a regime that openly calls for Israel’s destruction and openly and actively works towards that end. Just two days ago, in the midst of the negotiations in Lausanne, the commander of the Basij security forces in Iran said this: “The destruction of Israel is non-negotiable.”

Well, I want to make clear to all. The survival of Israel is non-negotiable. Israel will not accept an agreement which allows a country that vows to annihilate us to develop nuclear weapons, period.

In addition, Israel demands that any final agreement with Iran will include a clear and unambiguous Iranian recognition of Israel’s right to exist.