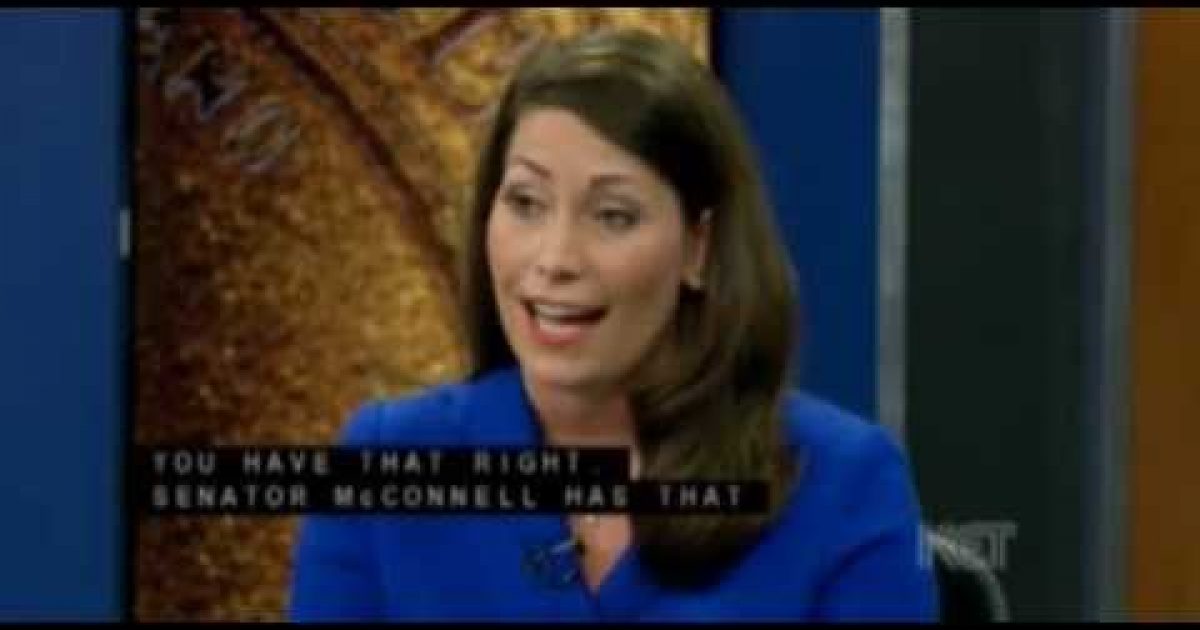 Monday night saw the only debate between Mitch McConnell and Alison Lundergan Grimes in the Kentucky Senate race.

Kentucky Democratic Senate candidate Alison Lundergan Grimes has taken
heat from both sides of the aisle for last week’s refusal to admit whether she
voted for Barack Obama for president.

“Why are you reluctant to give an answer on whether or not you voted for Barack Obama?” Kentucky Tonight host Bill Goodman asked.

“There’s no reluctancy, this is a matter of principle,” Grimes said. “Our constitution grants, here in Kentucky, the constitutional right for privacy at the ballot box, for a secret ballot.”

Grimes invoked her position as a Kentucky election official and asked “If I don’t stand up for that right, who in Kentucky will?”

“I am not going to compromise a constitutional right provided here in Kentucky in order to curry favor on one or other side or for members of the media,” Grimes said. “I’ll protect that right for every Kentuckian.”

Grimes continued her refusal to say whether or not she voted for Obama in 2012…bad move Alison.