Video: In 2009 Hillary Promised That All Bill’s Foreign Donors Were Disclosed 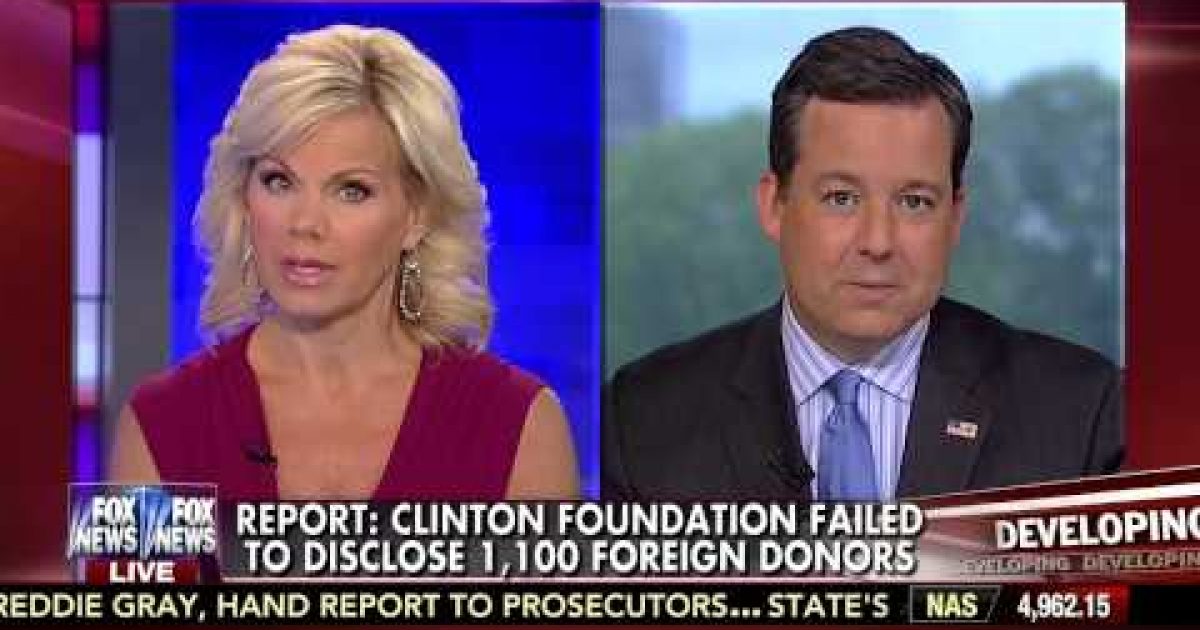 Part of the issue with the ongoing scandal surrounding former Secretary of State Hillary Clinton and her husband Bill Clinton’s charitable Foundation is the promise Ms. Clinton made to be transparent about foreign donations to the charity. Fox News found a 2009 video where Hillary Clinton promised, “All contributors will be disclosed. All contributors to the Clinton Global Initiative are disclosed and public as of now anyway.” They also discovered a video where former President Bill Clinton said the Foundation had stopped taking foreign donations because of the appearance of conflict of interest with his wife’s duties.

Each of them turned out to be lying.

The videos were aired during a Ed Henry appearance on Gretchen Carlson’s FNC program, “The Real Story.”

Henry: It’s very interesting. Last month when the Clinton Foundation got together in Miami, there was this swirl of allegations and Bill Clinton stepped up and said, look, ‘I’m going to defend these foreign contributions that have come into the Foundation. They’ve done good work around the world,’ he said.  Also he said, ‘Look if money comes in from Saudi Arabia, the UAE, even if they don’t have a great human rights record, it doesn’t mean we agree with everything they do, but they’re helping do good around the world.” But we’ve just found tape that suggests back in 2012, Bill Clinton, the former president, was singing a much different tune about the potential for conflict of interest. Listen to this.

B. Clinton (on tape): If your wife is Secretary of State and you get sponsors in another country, they may be doing it just because they believe in it, but it opens up too many questions of conflict of interest so we suspended those.

Henry: He suggested that late in the first term of the Obama administration as Hillary Clinton was about leave then step down as Secretary of State they were suspending that, very interesting Gretchen.

Carlson: That is a very interesting piece of tape, now three years later. Well, also we have the former Secretary of State, did she violate her 2009 confirmation agreement with the White House? What do you know?

Henry:  It sounds like it. Because you just mentioned these 1,100 individuals who contributed to the Canadian affiliate of the Clinton Foundation. Back in 2008 and 2009 there was a memorandum of understanding signed between the Obama Administration and the Clinton team so she could become Secretary of State. They said even that  Canadian affiliate would have to disclose their donors. They haven’t done that, listen to the promise Hillary Clinton made in 2009.