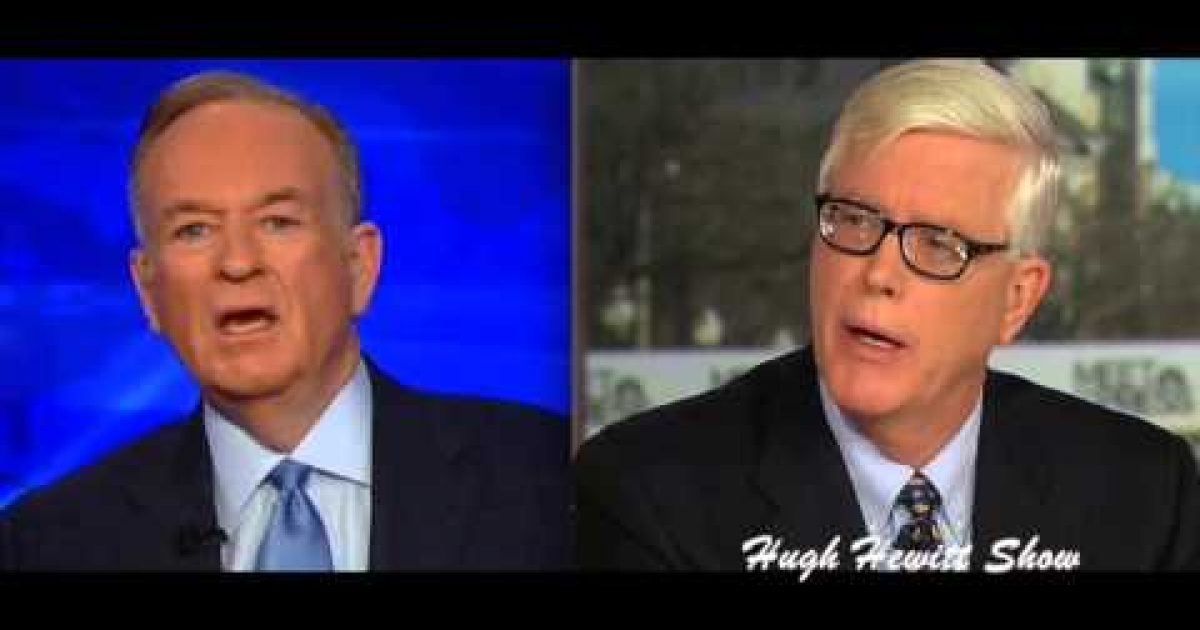 Bill O’ Reilly likes to brag about what a tough interviewer he is in the “No Spin Zone”  But any regular listener to the  Hugh Hewitt Show, knows that when the host whose real job a professor of law, gets into his lawyer cadence guests start spilling the beans. And in interviewing O’ Reilly Hewitt turned on his attorney mode and began to ask simple questions of fact.

Hewitt: Bill When have you been in combat?
O’Reilly: Well that depends on what you define what the situation is, I have been shot at a couple of times, once in Argentina, we were in a fort in San Francisco, I took fire in El Salvador,  you know those situations.

Hewitt: So that’s a definition of combat, would you consider a riot a general combat definition?
O’Reilly: When it’s in a war setting of course.
Hewitt: And so the Argentina situation that Corn is beating you up on you classify as combat even though everybody knows no one got to the Falkland Islands
O’Reilly: Correct and nobody said I did and I didn’t say I did. After the Argentine surrender, there was an insurrection in Buenos Aires and it was certainly combat.

O’Reilly said yes to Hewitt’s questions about hearing “shots fired in anger” adding that he saw people hit the turf, and that his cameraman got his head smashed. He gave his cameraman’s name but hasn’t tried to track him down to back him up, because he doesn’t want to give credence to David Corn’s attacks.

The radio host asked O’ Reilly about some of his other reports such as being on a raid in Northern Ireland. O’Reilly said that was not combat.

Listen to the entire interview and O’Reilly held his own. Watch (listen to) the video below: