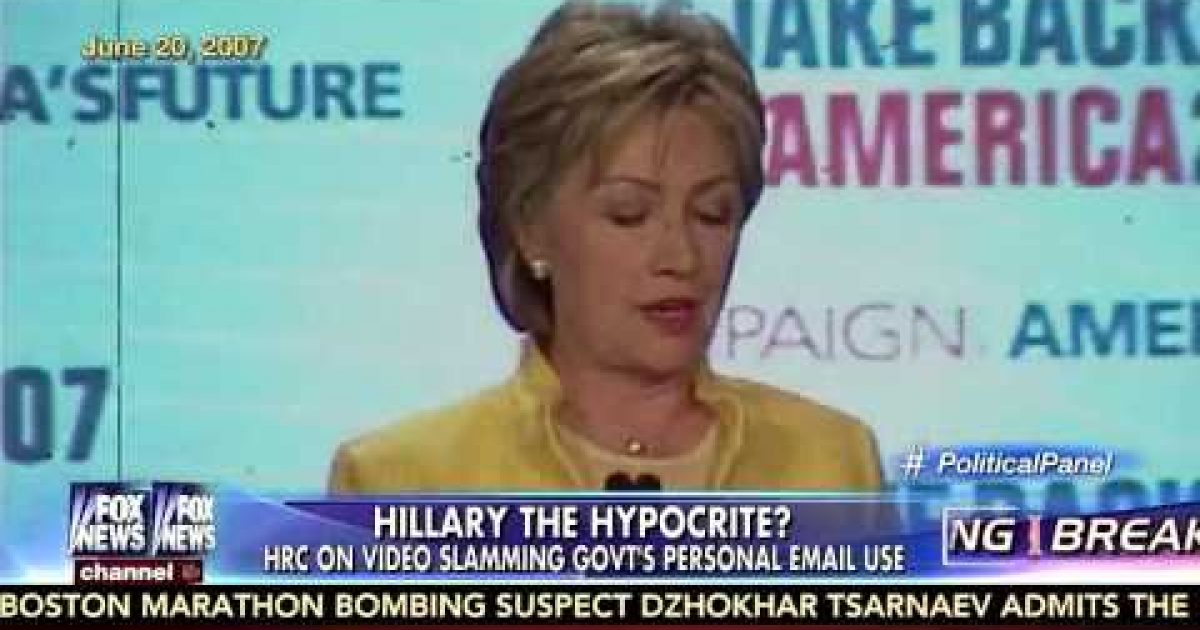 The video below was played Wednesday on Greta Van Susteren’s On The Record show. It shows part of a Hillary Clinton campaign speech from June 20th 2007 where Ms Clinton blasts the Bush White House, saying its use of secret emails was an example of the Administration shredding the constitution.