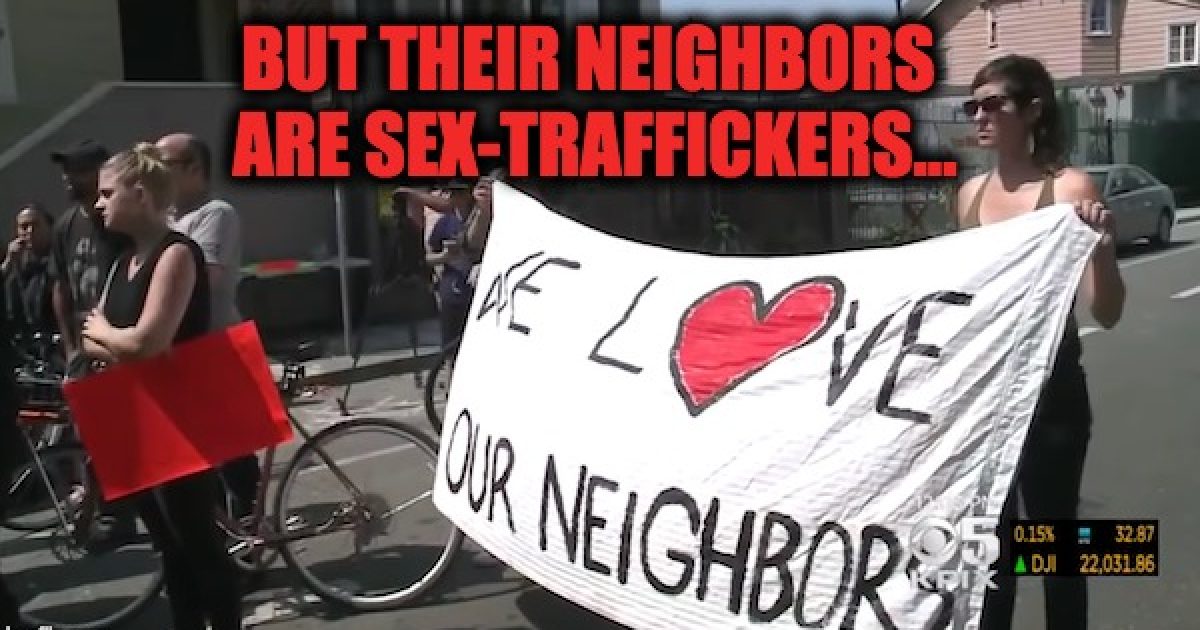 A group of crazy liberals protested outside a home being raided by Immigration and Customs Enforcement (ICE) for suspected child sex trafficking. We’re not talking about arresting people because they are in the country illegally, we are talking about the bottom-of-the-barrel types, child predators.

A video of the incident which took place last August was recently posted as a way of explaining what ICE really does. The video embedded below shows a report by CBS News in San Francisco, as the early morning raid woke up the neighborhood.: Per the Oakland Police Department, Homeland Security Investigations (HSI) agents served a warrant to the home of an immigrant family from Guatemala that morning, in connection with an investigation of sex trafficking of juveniles (Note: HSI is part of ICE)

Law enforcement just cleared this area but there is a growing group of people who are upset about what they’ve been seeing outside since about 6:30 this morning. Let me step aside so you can see there’s a side saying we love our neighbors they also wrote on the ground with chalk saying OPD is a disgrace. They were upset thinking that this was an immigration investigation because homeland security was out here but we just got word from Oakland police that this was, in fact, a federal criminal search warrant.

Nothing like the liberals when they “shoot first ask questions later.”

Liberal activist Hadar Cohen, who claims she’s a neighbor of the illegal aliens involved in the sex trafficking ring claims that no person is illegal: “It’s been really tough because we don’t know what’s going on in there,” said protestor Hadar Cohen. “We know that there’s a lot of injustices that are happening and we care for our neighbors and we care for immigration rights. No person is illegal.”

Liberal politicians and activists have been trashing ICE for the separation of parents and kids at the U.S. Border, of course, these uneducated liberals such as Kirsten Gillibrand, Bernie Sanders, and the bogus Cherokee Elizabeth Warren don’t realize that ICE has absolutely nothing to do with separating parents and kids, but they do get involved in stopping child predators such as the ones served with a warrant in the incident below.

So next time your favorite liberals start complaining about ICE or even protest what they think is a simple immigration raid, send them the video below, tell them to think first protest later and let them know what ignoramuses they are.