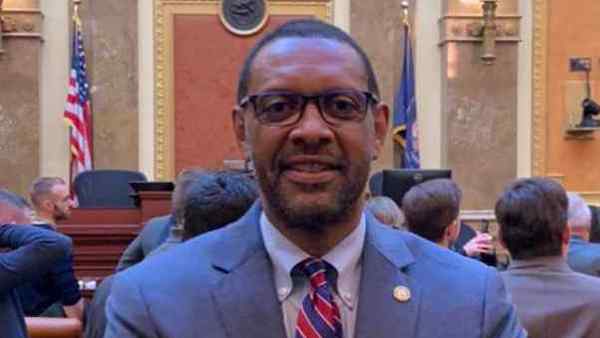 “There are a lot of African-Americans who clearly see and appreciate he’s doing something that’s never been done before. When you look at the unemployment rates among black Americans before the pandemic, they were at historic lows. That’s just a fact.”

A Democratic Georgia state representative officially endorsed President Donald Trump, making him the first state-elected Democrat in Georgia to do so.

Bucking his party, state Rep. Vernon Jones on Tuesday endorsed Trump for the 2020 presidential election, according to The Atlanta Journal-Constitution. The Democratic lawmaker not only cited Trump’s efforts to grow the U.S. economy, but also his work to help the African-American community.

“It’s very simple to me. President Trump’s handling of the economy, his support for historically black colleges and his criminal justice initiatives drew me to endorse his campaign,” Jones said Tuesday. More

So a Democrat that understands that his party has offered little more than words for the Black community vs. Trump and his actions that have actually helped them. Does anyone want to tell me what Obama did for the Black Community in all of his 8 years?

GREAT NEWS! I think we will see more leaving.
Blacks are finally waking up and leaving the chains of the Democrat party who have always kept them down!#BlacksForTrump

The AJC reports that Vernon Jones was immediately attacked by fellow Democrats:

“Never has that been clearer than this moment, when he chose to stand with the racist president who has made an all-out assault on black Americans, who has tried to rip away American health care and who has failed our country in its greatest time of need,” she said.

In a conference call with the AJC, the Georgia House’s three top Democratic leaders backed Rhonda Taylor, a community activist who is challenging Jones in the June primary. House Minority Leader Bob Trammell said he is sending her a check immediately.

“A philosopher once said, ‘One courageous man in the crowd is a majority.’ I’ve got the courage to express my convictions, I believe that Donald Trump is the best person to lead this country going forward.”