V.A. Employee: They Had Us Stop Work On V.A. Applications So We Could Work On Obamacare 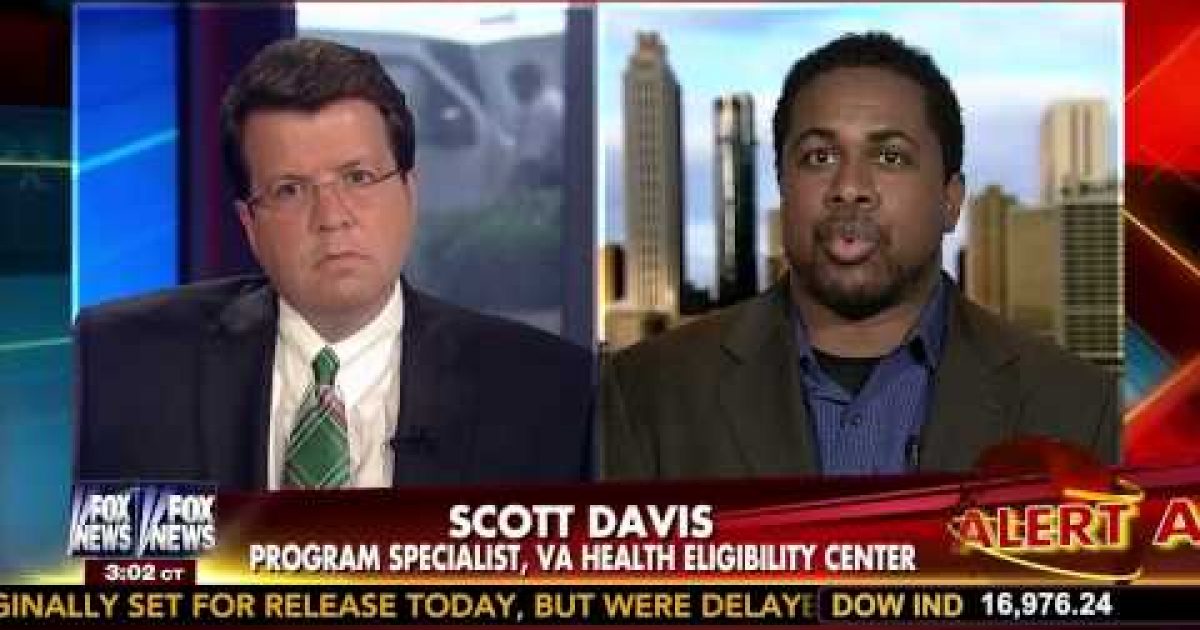 ​A Veterans Affairs whistleblower from Atlanta will testify before Congress next Tuesday about widespread destruction of applications, retaliation against whistleblowers, and people being shifted from processing VA applications last summer to working on Obamacare enrollment.

Scott Davis is a program specialist at the VA’s national Health Eligibility Center in DeKalb County, Georgia. His story was published in the Atlanta Journal-Constitution this past Sunday and appeared on the Neil Cavuto program on Fox News Wednesday.  As opposed to previous whistleblower reports, which focus VA hospitals and getting to see doctors, Davis’ revelations are about the processing of applications by VA offices.

Davis told the Atlanta Journal-Constitution that health benefit applications for more than 10,000 veterans may have been improperly purged from the Health Eligibility Center’s national data system. He began filing complaints in January 2014, revealing that managers were focused more on meeting goals linked to the Affordable Care Act to meet their bonus targets than processing VA applications.

Veteran health applications were left
in pending status, were not given the appropriate amount of attention,
veteran health programs such as the Veteran Health Identification Card
was disastrous in its deployment nationwide so that VA Health
Eligibility staff could focus on doing promotional material for the
Affordable Care Act.”

We don’t discuss veterans. We do not work for veterans. That is something that I learned after working there. Our customer is the VA central office, the White House and the Congress. The veterans are not our priority. So whatever the initiatives are or the big ticket items, that is what we focus on.

Cavuto: So if you don’t have that, and you’re not paying that out, it looks like you’re meeting your numbers and then some, right?

Davis: Absolutely. But what also happens, Neil, is that we’re currently neglecting not only the right thing to do, which is to process applications, not delete them. We have a huge system integrity issue at VA. For example, the VA right now can’t even tell the investigators what happened to those applications, because they can’t verify where they are, what happened to them, if they were deleted, why were they deleted, and why there was no paperwork showing the justifications for those deletions.

Cavuto: We’ve asked for a statement out of the VA on this and we have yet to get one, Scott. I’m trying then to give them the benefit of the doubt here. It seems like a crazy situation. Did you or any of your co-workers ever get so overwhelmed — not you specifically — but they just say the heck with it, more files, more applications, just dump them in the trash, we’re overwhelmed. Do you think that has gone on?

Davis: I know that there was rumors that suspect those activities before I started work thing in 2011. What I can tell you is that there’s so much pressure on the employees to get stuff done so management can meet goals, it’s easy to make mistakes, it’s easy to have mishaps. What happens is, instead of the VA focusing on doing what’s right for our nation’s veterans — meaning taking time, processing each application diligently and appropriately — pressure is placed on front line employees to overwork themselves, rush through the application process, to hit goals for members of management.

Cavuto: When you say to hit goals, is the goal a dollar goal or is it get the applications complete? Sometimes keep on top of this so there are no delays, or is it keep on top of it and get rid of something that could hurt our numbers?

Davis: Well, for what I’ve witnessed, it’s based on a performance goal.

Cavuto: How is that performance measured?

Davis: That performance is measured based on our ability to turn around an application from beginning to end within a five-day turn around. There’s an acceptable percentage that we have to have, which is in excess of 80% for all applications that comes into that office. What you find is that there’s extensive pressure on the staff to process applications, to focus our attention to applications based on specific campaigns. For example, I shared with your producer that we actually put incoming applications aside so we could focus on the ACA related applications that came in over last summer. That’s wrong. We should treat each veteran equally and focus on applications, as they come in, not because of special campaigns coming out of D.C.

According to Davis’ account, it would be logical to assume that part of the reason for the huge backlog in applications was the reallocation of workers from VA to ACA applications.