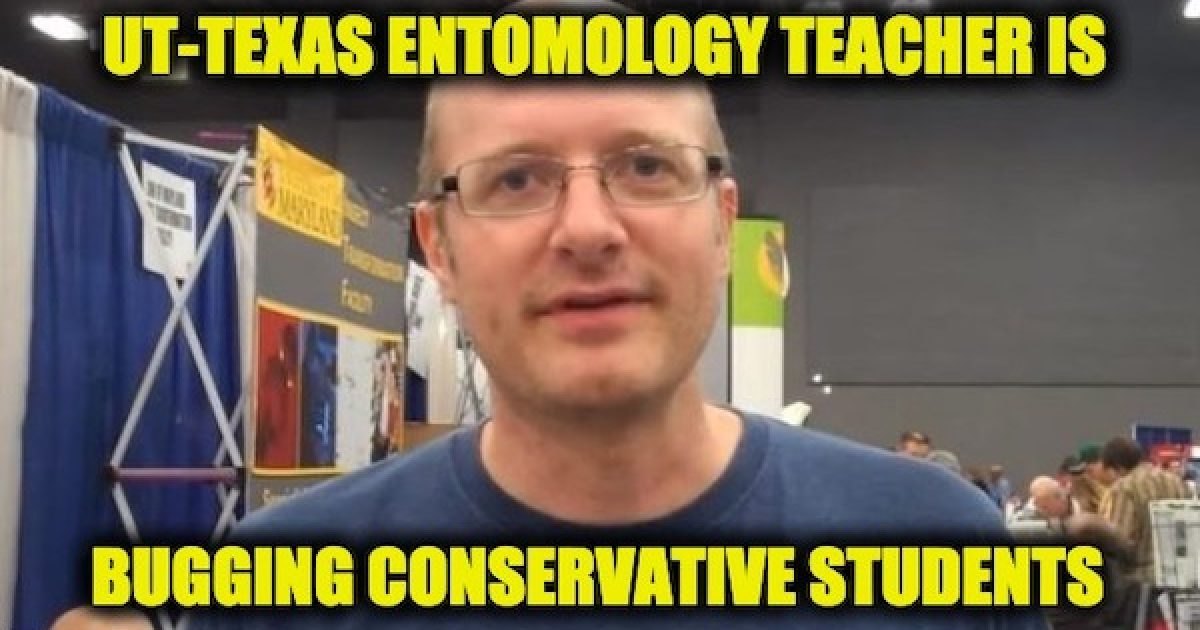 Doxing: is an Internet-based practice of researching and broadcasting private or identifiable information (especially personally identifiable information) about an individual or organization. It is a disgusting practice, that attempts to curb freedom of speech and freedom of thought. And the threat of doxing is causing students at University Texas, Austin to avoid Conservative Groups like the plague. They are also worried about entomology teacher Alex Wild who says if you support Trump you’re a Nazi.

Back in June, a group called The Autonomous Student Network in Austin, Texas threatened incoming freshmen.

If you join YCT or Turning Point USA, you just might be. Your name and more could end up on an article like one of these ?https://t.co/kJq6zJHwEGhttps://t.co/AGa4n2tHfC

So be sure to make smart choices at #UTOrientation

Autonomous Student Network invited fellow UT-Austin students to spy on, and turn in their conservative classmates.

The best #LonghornStateOfMind is an antifascist one
If you begin to spot the young racists trying to join YCT or TPUSA, send us a tip so we can keep our reports up to date #UT23

Also, if you’re an antifascist/anarchist/autonomy inclined Longhorn, reach out & let’s link up!

The threats seem to be working somewhat.

Campus Reform’s Cabot Phillips traveled to Austin during UT-Austin’s freshman orientation week to speak with students about their thoughts on this threat and whether they believe it would deter them or other conservative students from joining a conservative student group.

The majority of students with whom Phillips spoke said Wild’s tweets could cause conservative students in his class to feel uncomfortable.

Note video of interviews at end of the post.

Phillips also asked students about the school’s entomology teacher  Alex Wild, who tweeted out on August 17, “Trump is a Nazi. At this point, you are, too if you still support him.”. Phillips asked, “f you were a conservative student in that class, would you feel uncomfortable knowing that your professor thought you were a nazi?”

“I would if I were a conservative student,” one freshman said. Another replied, “I wouldn’t feel free to express myself.” And a third student  told Phillips that it would create a “weird atmosphere knowing how the professor feels.”

Folks UT-Texas is a state school. In other words, Texas taxpayers are footing part of the bill for this behavior by this anonymous anti-Conservative campus hate go and the bloviating bug guy entomology teacher Alex Wild. Last I checked Texas was a red sate so maybe it’s time for Governor Abbot to get involved.