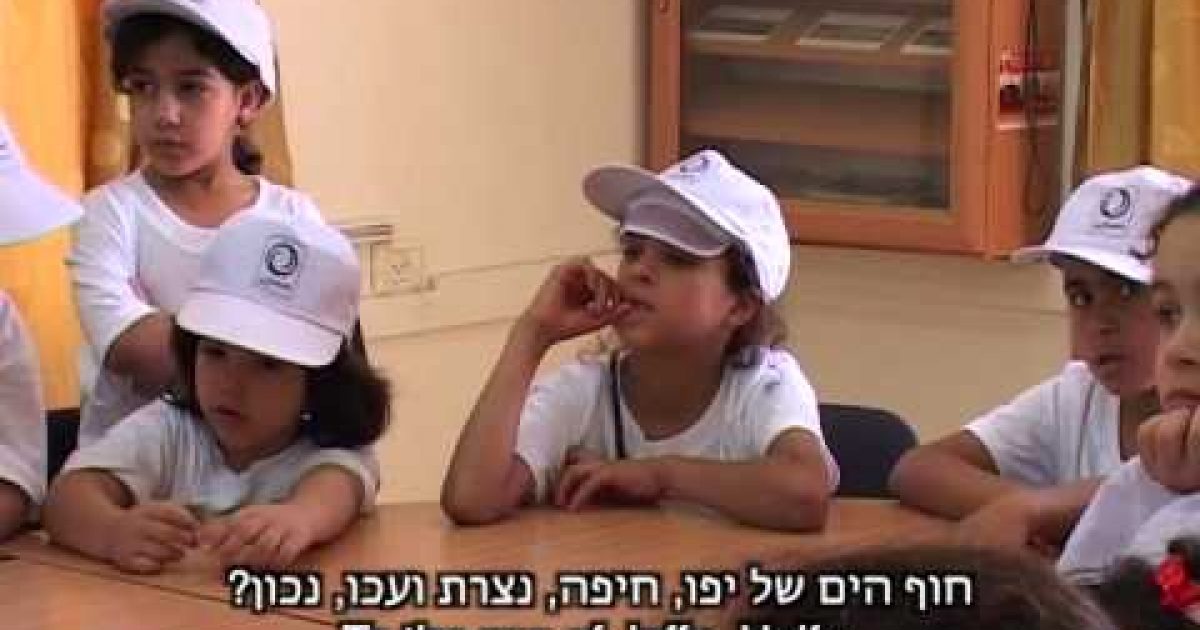 Next wee is Labor Day signaling the end of summer. Camp days are over and its time for school. This is not only true in the United States but it is also happening in Gaza. Of course the children in the United States made lanyards, and pottery ,swam, played baseball, or maybe even even sat around a fire telling in their camps. In Gaza, kids who go to the UN Camps are taught to hate Jews, glorify martyrs and support jihad, and U.S. taxpayers are underwriting the effort.

The United Nations Relief and Works Agency hosts summer camps in which Palestinian children are allegedly being indoctrinated, in scenes captured in “Camp Jihad: Inside UNRWA Summer Camp Season 2013.” In addition to learning hateful phrases, the children are taught that Israel belongs to them by birthright, according to the film by the Center for Near East Policy Research.

“They are a gang of Infidels and Christians. They don’t like Allah and do not worship Allah. They hate us.”

“The children learn the names of many villages – not just the names of big cities like Jerusalem” says Amina Hinawi, identified in the documentary as a UNRWA camp director in Gaza. “This way every child will be motivated to return to their village. UNRWA finances this summer camp. I’m very, very appreciative of UNRWA because the children of Palestine and Gaza need this.”

Indoctrination of young Palestinian children is nothing new, but the documentary has raised the ire of Israelis largely because of the UN role. According to UNRWA’s own website

, the United States is the single-largest contributor to its work and in 2012 gave more than $232 million, ahead of the European Commission ($204 million), and the United Kingdom ($68 million).

Interspersed with sack races, arts and crafts and snack time, are scenes of instructors imparting the message that Israel belongs to Palestinians, and they must take it back by force.

The 19-minute film shows Tayma, a West Bank girl of about 8, being asked who the Jews are.

“They are a gang of Infidels and Christians,” she replies. “They don’t like Allah and do not worship Allah. They hate us.”

Another West Bank camper, Mesam Abu Hindi, has been taught to advocate violence against Israel.

“For those who are older than me, weapons will accelerate the Right of Return,” the girl states.

“When we die as martyrs, we go up to heaven,” says a young girl.

And in one scene, a camp instructor tells children they will help overthrow Israel.

“With God’s help and our own strength, we will wage war,” she says. “And with education and jihad, we will return.”

For years, the UN has been sitting on it’s “petards” trying to define terrorism so it can be called a crime against humanity. What the United Nations’ been missing this whole time is all they had to do is click their heels together three times and say, “there’s no place like home,” because one of their own organizations, the United Nations Relief and Works Agency (UNRWA) is a classic example of a terrorist operation. The UNRWA is a self-perpetuating bureaucracy, and like all self-perpetuating bureaucracies, their mission is to maintain the status quo. The status quo in their case means preventing peace. The Agency was founded to help the Palestinian refugees (yep its just for them) improve their lives, but it acts as a recruitment, promotion and planning arm of the terrorist organizations. The Jihad Camps is just one more way it achieves its mission…and it’s funded in a big part by your tax dollars.
Facebook Twitter Flipboard