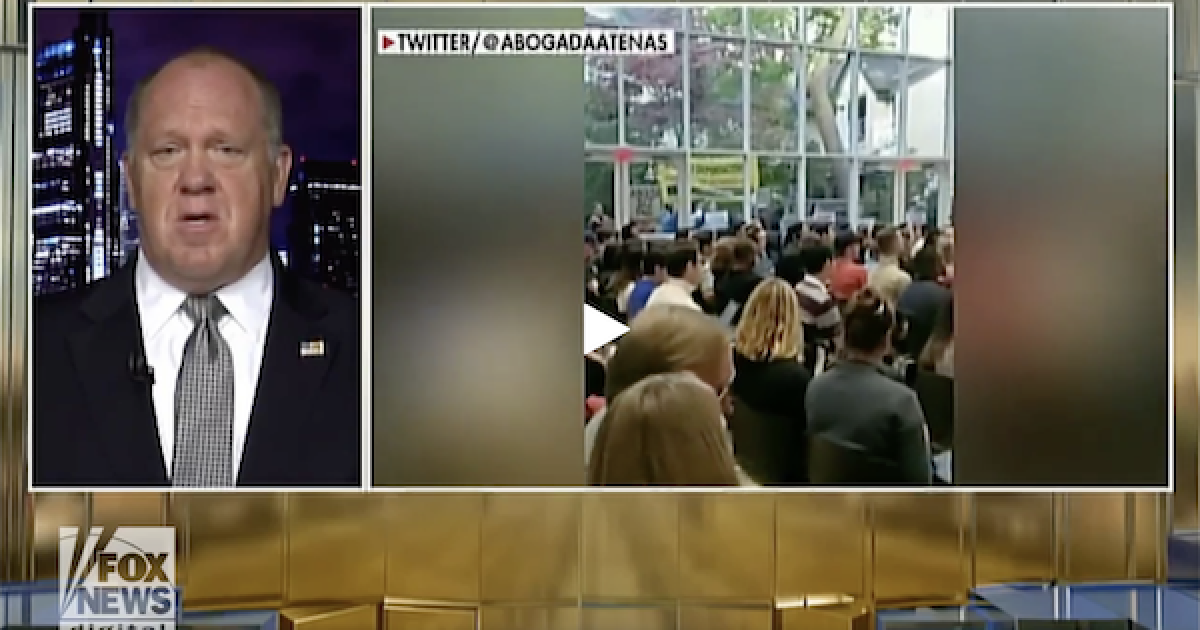 America is going through a time when the “cancel culture” is allowed to do whatever it wants to stop meaningful debate and discussion. Any issue seems to be on the chopping block – immigration, race relations, transgender issues, gun control, police issues, personal pronouns, you name it, the cancel culture throws fits to get rid of it.  A case in point from the University of Pennsylvania on Wednesday – an event on immigration and detention was shut down by the University when protesters showed up because one of the speakers was Tom Homan, former Director of ICE. UPenn Tom Homan

The temper tantrum began the minute the emcee stood up at the podium, according to Homan.  Protesters from a variety of schools, including the University of Pennsylvania, had already signed a petition demanding that the event be canceled. And they weren’t just about to let it go on, nor were they interested in anything the speakers – any of them – had to say. The other two speakers were Andrew Lorenzen-Strait and Sozi Tulante.

“Under Homan, ICE continued to be a violent organization responsible for terrorizing immigrant communities…inviting Homan as a guest speaker contradicts Penn’s claim of being a sanctuary campus.”

Did you know that Obama is the President with the “children in cages,” not Trump?  Nobody cares about the facts. This is the cancel culture – shut it down before someone changes their mind.

“And, they should have [done] the research on me. I won’t be bullied. Tom Homan spent his career enforcing the laws of this country. I did it for 34 years under six presidents. Nothing changed.” Tom Homan

It sounds like the protesters are the violent ones. Terrorizing immigrants? Propaganda much? With all the hubbub, Campus Security decided to empty the room and escort the speakers out. The protesters won out.

While sitting on stage, Homan “chuckled” during the protests, which sent ripples of indignation across the pile of melting snowflakes. Homan himself told Fox and Friends that he, in fact, did chuckle (see video below).  Why? Because one of the protesters was holding up a sign that had “abolish ICE” spelled wrong.

A little more listening and a lot less protesting would probably fix that, but it will never happen. This is the time of the “cancel culture.” Temper tantrums get them what they want: complete ignorance on any subject, from history to society. They don’t have to learn anything new or understand anyone they don’t like.  Their parents must be so proud.