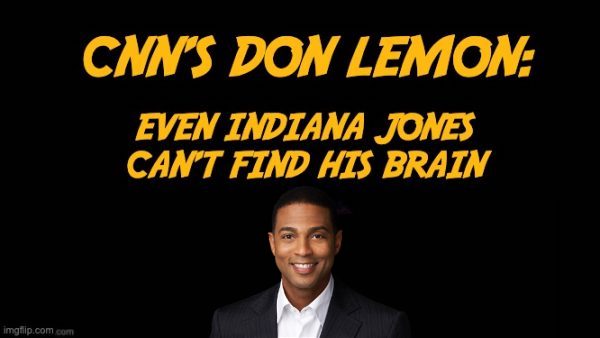 “Why does Jen Psaki even continue to call on Fox in the briefing room? They’ve been very courteous and, I should say, kind,” said Lemon. “Because if your network is promoting B.S. and lies about what is actually happening in the country and helping to inspire and incite an insurrection, why should they even be able to take part in a legitimate press briefing in legitimate journalism?”

Promoting B.S. Don? Have you ever watched CNN programming? Or your own show? Which network lost a lawsuit filed by H.S. student Nicholas Sandmann for lying about what happened during a class trip to D.C.? Which network skewed its coverage of the Jessie Smollett verdict by saying he was convicted on some charges? It wasn’t some. It was almost all, five out of six. Hey Don, can you tell us which network pushed the false claim that Trump only won the 2016 election thanks to the help of Vladimir Putin? As far as the pandemic, which network promoted an anchor using their air to cover for his brother on air? And then use the network’s sources to go after his brother’s attackers.

Inciting violence? Donny, you should buy a dictionary, look up the definitions, and watch the coverage. It was a riot, not an insurrection. But tell me how the Fox network helped inspire and incite that riot.?

But if you want to blame someone for inciting violence, let me jog your memory. You said on the air that it’s okay to hurl vile racist slurs against GOP Sen. Tim Scott (R-SC).in private. In private? Don, I realize that CNN doesn’t have many viewers, but you said it to those viewers on national T.V. That’s not private. Was it promoting peaceful political expression when you told your audience, “we’re going to  have to blow up the entire [American] system.” How about when you accused the right of making Al Sharpton a bogeyman. Sharpton incited two anti-Semitic riots in NYC, Sorry Donny, but Al Sharpton made Al Sharpton a bogeyman. Wasn’t he telling a falsehood and isolating Caucasians and possibly angering them to the point of violence when he said if you grew up in America, it’s more than likely you’re a racist by default.

It wasn’t just you Don, should CNN be tossed out of the press pool when your buddy Fredo encouraged the violence during the summer of 2020? “Please, show me where it says protesters are supposed to be polite and peaceful.”

CNN's Chris Cuomo: "Please, show me where it says protesters are supposed to be polite and peaceful."

As riots and looting have broken out in cities across the country, this is the message the brother of New York governor Andrew Cuomo shares at the top of his show. pic.twitter.com/ZZ47zpyVlx

What about Jim Acosta? Should CNN have lost its White House privileges when he pulled a microphone out of the hand of a W.H. intern? 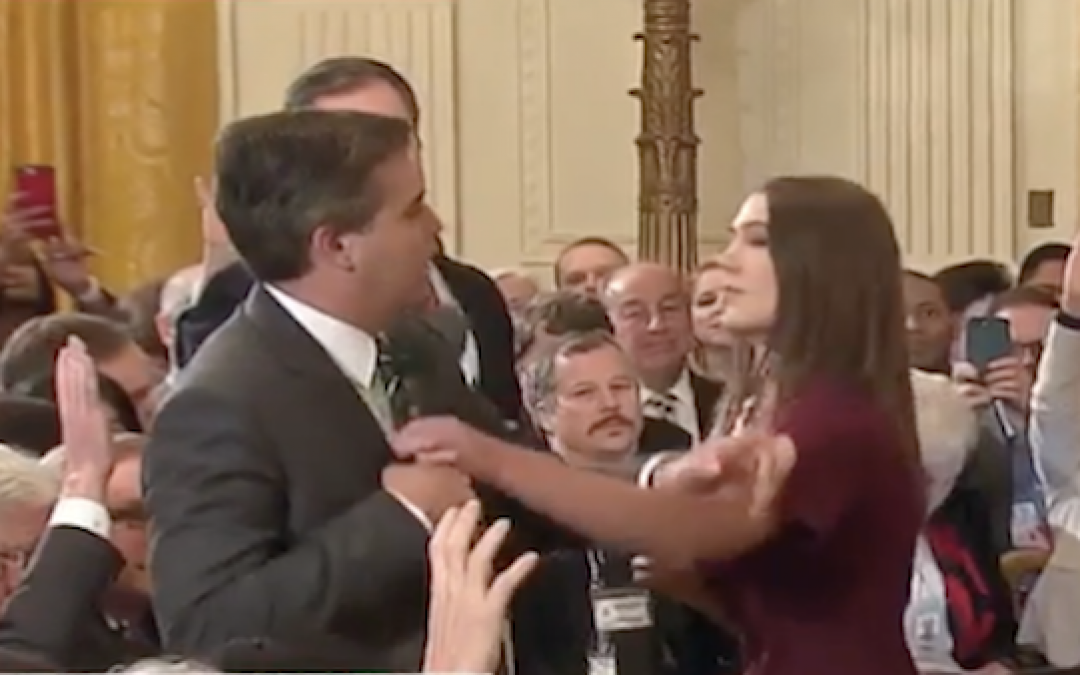 I am not saying that Fox is perfect. There is no ideal news source (besides this site?). Fox reporting morning and afternoon reporting seem to be more honest about the news than CNN. CNN hasn’t been an honest news source since Bernard Shaw retired two decades ago.  Looking at the examples above from your network and you personally, I suggest you worry about your own house before criticizing others.