80% Of Unmasking Flynn Requests Made BEFORE Kislyak Phone Call

Was the real reason for the unmasking was an attempt to spy on General Flynn and the nascent Trump administration? 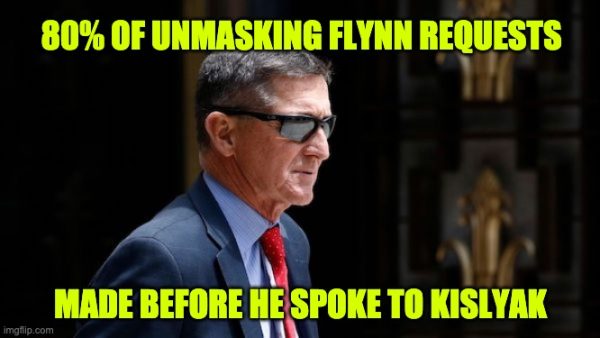 One of the arguments made to justify the requests to unmask the General Flynn/Ambassador Kislyak phone calls was that it wasn’t illegal to request an unmasking, it only becomes illegal if the information is leaked; But what if there is nothing to unmask?

For three years, we’ve been led to believe that Flynn’s December 29 conversation with Kislyak was intercepted because the latter was “routinely” monitored. (Kislyak was replaced as ambassador in 2017.) That is, Kislyak was an overt agent of Russia, stationed at its embassy in Washington, so the FBI kept tabs on him. Indeed, the “routine”-surveillance storyline was repeated by the New York Times just this week.

But that scenario is impossible because most of the requests were made before a General Flynn/Ambassador Kislyak phone call.

Taking the list of requests to unmask General Flynn’s phone calls and putting them in chronological order (below), we learn that 39 of the total of 49 requests, 80% of them were made before any Flynn call with Kislyak. That first phone call was a discussion of the next day’s U.N. Security Council vote about Israel. Obama was about to have the U.S. abstain which allowed the anti-Israel resolution pass.

The second phone was the discussion of sanctions. Flynn asked the Russian not to retaliate against the U.S. for the sanctions imposed. 42 of the 49 requests (86%) were made before that phone call.

So what the heck were they unmasking? Did they consult a prophet to know the phone calls were coming? Or were these just requests made to spy on General Flynn and the Trump administration?

Two of the requests can almost be explained

The day after the 12/22 Flynn discussion with the Russian about the U.N. vote, and the day of the Obama administration’s Anti-Israel abstention, U.S. Ambassador to the United Nations–Samatha Power requested an unmasking. Perhaps someone in the Russian delegation told her about the call the previous day, and she wanted more details.

We don’t know why there were requests to unmask General Flynn. The excuse that Kislyak was being monitored and they discovered he spoke to Flynn is a lie, as 80% of the requests were made before their first phone call. A chronological list of unmasking Flynn requests suggests that the real reason for the unmasking was an attempt to spy on General Flynn and the nascent Trump administration.  Hopefully, the John Durham investigation will be looking into this question. 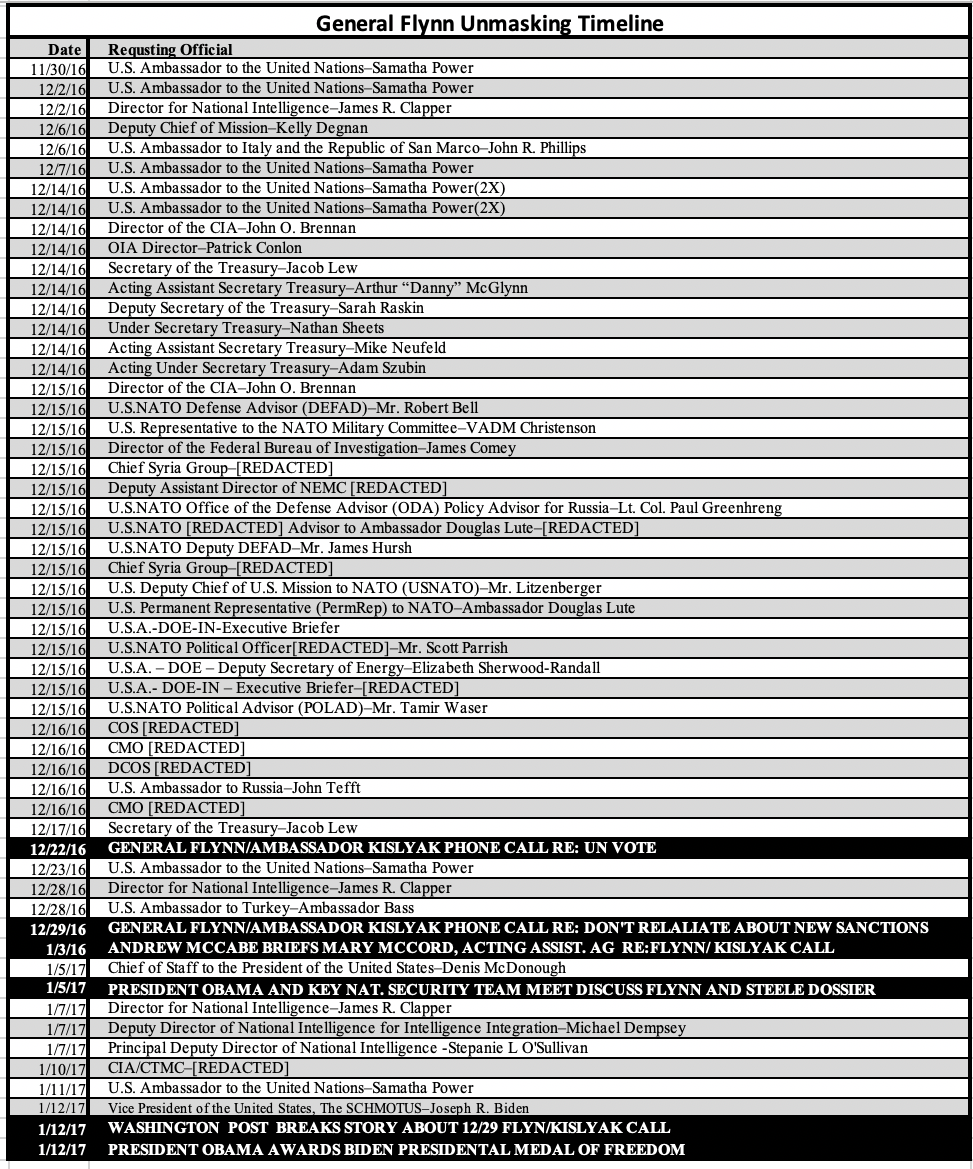