Plane Passengers Were Shocked And Scard 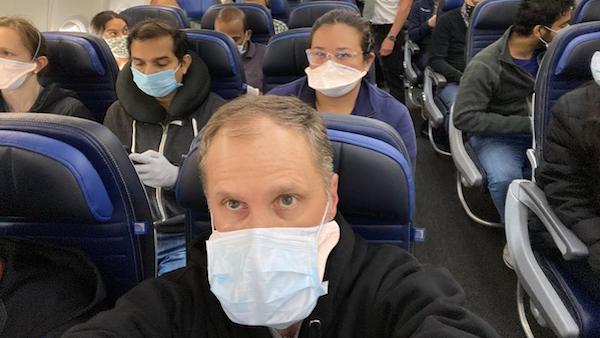 Hell hath no fury like medical doctors scorned. On April 22, United announced with great fanfare that it would begin blocking middle seats in all aircraft cabins in an effort to promote social distancing during the COVID-19 pandemic. The carrier has also said it would also use back-to-front boarding to give passengers more space as they walk onto a plane, and process all seating upgrades at the airport to better control crowding. According to United, these new procedures would remain in effect through May 31st, but they didn’t even last through May 9th. 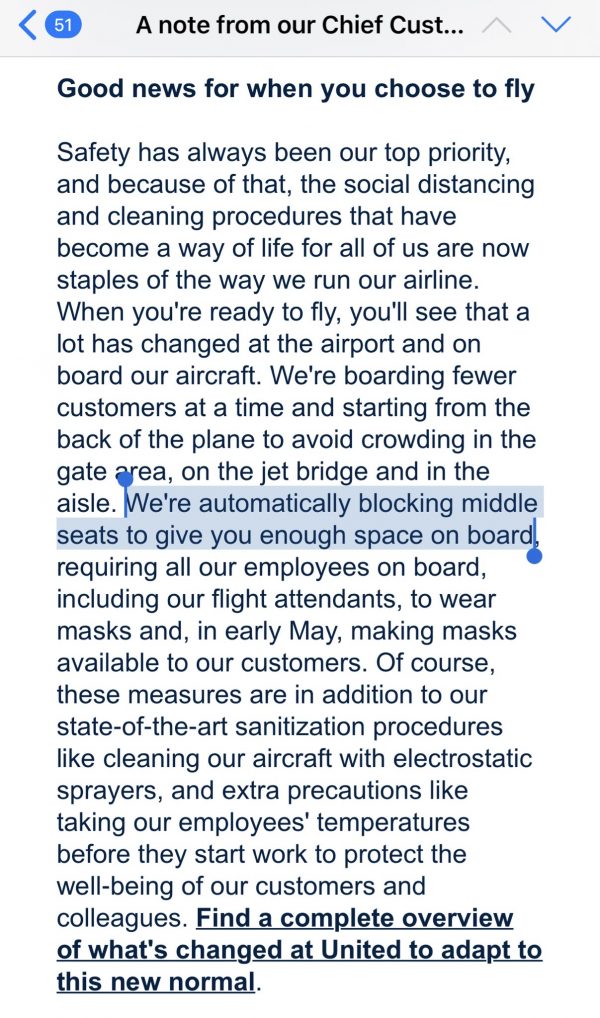 That was a broken promise. Dr. Ethan Weiss, an associate professor at the University of California San Francisco’s Cardiovascular Research Institute, just spent two weeks volunteering at New York-Presbyterian Hospital to help out during the COVID-19 crisis. Dr. Weiss was with a group of 25 nurses and doctors who were returning home to San Francisco after volunteering in New York City hospitals for the past two to four weeks.  So along with having to pay New York State income taxes, they faced a crowded plane.

I guess @united is relaxing their social distancing policy these days? Every seat full on this 737 pic.twitter.com/rqWeoIUPqL

He added that he won’t be flying for a while and that everyone on the flight was kind of freaked out.

He posted the letter he got ten days earlier (above) and described the people on the play as scared or shocked.

We are about to land & I just wanted to say a few things. 1) people on this plane are scared/ shocked. 2) I have no idea why most of them are traveling. 3)I am with a group of 25 nurses and doctors who have been working in NYC hospitals for the past 2-4 weeks. We are coming home

His real problem with United (and that of the rest of the passengers) was they were lied to by the airline. That is despite the fact the medical volunteers got their flights for free.

4) United flew us here for free. They got a lot of great PR for taking great care of us on the way out including from me. Even from me: https://t.co/fuu7r0l2RI

Perhaps if Ethan and his associates knew they wouldn’t be socially distanced they might have paid to take a different flight.

5) they could have avoided this by just communicating better. They literally just sent an email 10 days ago telling all of us the middle seats would be empty

Also, this was the departure board at Newark when we were there around 12 noon. Not a lot of flights pic.twitter.com/z26mMhKUuZ

Per NBC, “United Airlines is one of several airlines that has recently implemented policies blocking middle seats in an effort to maintain physical distancing. Though airline traffic has significantly decreased in light of the pandemic — the Transportation Security Administration reported that the number of people traveling by plane hit a 10-year low last month — there are indications that it will pick up as areas of the nation reopen.”

But based on their lies, United may not be one of the airlines that picks up.