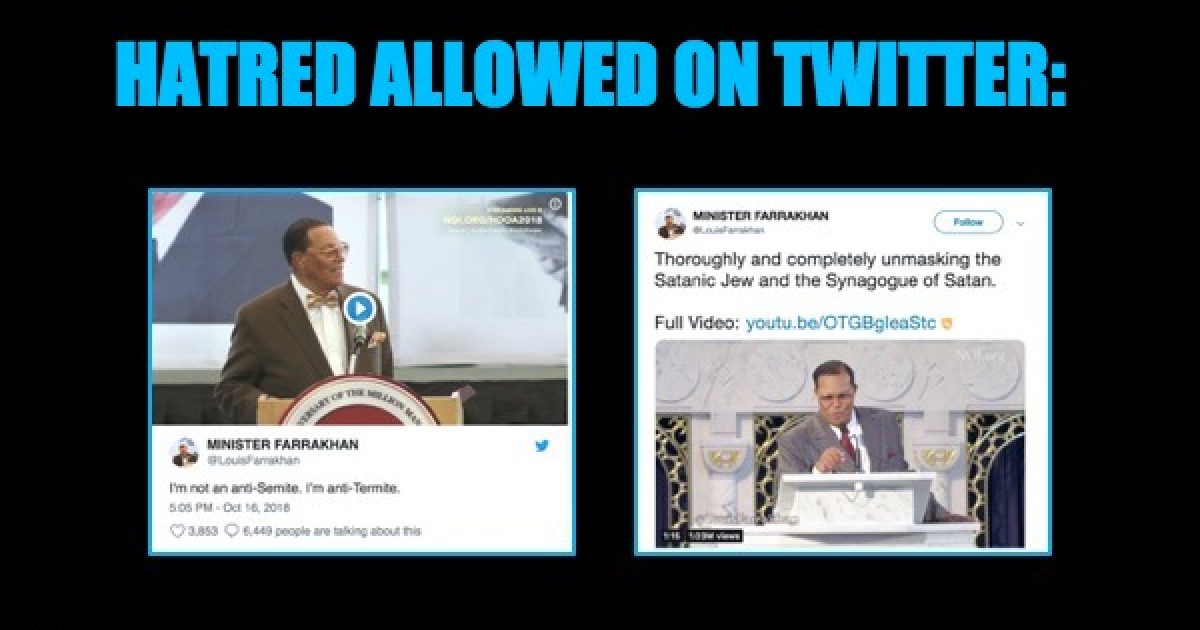 As we would expect, in the wake of the dreadful shooting at the Tree of Life Synagogue in Pittsburgh Saturday, in which 11 people were killed, calls are mounting for Americans to “unite against hate.”

It is with no intention of disparaging those calls that I write.  When confronted with fearful evil, we humans do the best we can. Indeed, we want to renew our commitments to rejecting hatred against each other, and dealing instead in love and respect.  It is good to say that.  It is good to reflect on it.

But it is also important to say what must be mentioned here, which is that, in a significant way, the American people are not the problem.  We are already united against hate, to the extent that any nation of 325 million can be, and to the extent that is historically astounding.

For many decades, people fleeing persecution and hatred from all over the world have flocked to America because we are united against hate.  An essential principle of goodwill and tolerance infuses our attitudes on public questions in a way it does nowhere else – if imperfectly, to be sure, and not without challenges and bumps in the road.

Tolerance, sometimes all we can manage, is a lesser substitute for the goodwill and even love that are better.  None of these things, as human attitudes, can be forced.  But tolerance as a condition has the advantage that while it cannot be forced, it can, with the right tools and perspective, be enforced.  Americans have taken that as a national project since the inception of our republic.  And if we don’t always meet our own standard, it is in part because, compared to the vast majority of time and place in human history, that standard is so high.

The lack of unity against hate is much more prevalent in our institutions, however, than it is among the people.

We should perceive potential threats from the vile social media posts of synagogue shooter Robert Bowers, for example – but we should also recognize them from the despicable antisemitic comments made by Louis Farrakhan.  And yet, at an institutional level, that is not the case.

Critics have been pointing out for more than a week that Louis Farrakhan recently compared Jews to termites, and yet has gone mostly untouched concerning his social media presence.  (Facebook removed the video in which he uttered this sentiment.  Twitter has done nothing — in contrast to its suspensions of other users for reasons never even explained.)  Apparently, Farrakhan is to be allowed to express what is clearly a hateful sentiment without effective condemnation (or much of any consequence, for that matter).  Leading politicians feel no need to distance themselves from him, even though Farrakhan has a long history of racist and antisemitic outbursts and continues to make them.

Shit, they couldn’t even get Bill Clinton to refuse to be on stage with Farrakhan a few months ago. https://t.co/43TuuF5qIY

Moreover, according to attitudes adopted in many cases at the institutional level (especially in academia and the media), Robert Bowers is a vicious anti-Semite when he expresses hatred of Jews, but radical Islamists and Palestinian Arabs are not when they express the same sentiments.

“It’s different when Palestinians stab Jews in their homes & streets” is my point summed up so perfectly that I literally have nothing more to add to this conversation https://t.co/YRk3zrKIHJ

These and some other hateful sentiments are apparently fine as long as they are expressed by radical Islamists. A radical Islamist may call for the killing of gays without risking privileges or reputation; no one else can even call for keeping grown men out of women’s bathrooms without being labeled a hatemonger, and, in some institutional situations, facing literal social and economic ostracism.

Pointing these things out isn’t an exercise in “whataboutism.” It clarifies, rather, the very foundation of the divisions being fomented in Western society.

The people are remarkably united against hate. The institutions – government, academia, the media – aren’t united against hate at all. The institutions treat the same hatreds differently depending on where they are coming from, and who is expressing them. Indeed, hatred against certain groups is in some cases lauded as the proper response to things we don’t like. The message is that hate is just awful — except when it isn’t, and someone else, not you, is appointed to say when that is.

The people increasingly see that and are disgusted, refusing to go along with it.

Don’t give me knee-jerk nonsense about “whataboutism.” Unequal views of what hate is and what should be done about it are at the very heart of our problem – and those unequal views are actively cultivated and actively enforced by our major institutions today.

It is deeply, terribly wrong to demand that the people “unite” around something so inherently deformed and evil. The call for unity ought to be compelling, but there’s a reason why it rings somewhat hollow now: because people have good reason to be skeptical of what they’re being asked to unify around.

That – what we are asked to embrace as unifying – has changed, and in ways that are dishonest and biased. Demanding fealty to the corrupt and biased, and calling it “unity,” is anathema to the spirit of truth that fights to survive in each of us. It is precisely the condition that fosters ugly, tortured mental narratives like the one that has enslaved the mind of Robert Bowers.

Out of an American nation of 325 million, almost no one has ever wanted to shoot up a synagogue and kill 11 people, and until today, no one has ever done so. That reality has not changed for 242 years.

Americans are already unified in our desire to not do such things, and not see them done. Yet the institutions, which cover up for some anti-Semites while falsely tarring the blameless with the brush of what other anti-Semites do, have the temerity to hector and rebuke Americans on this topic.

Let our institutions be reformed, and let a cold wind and blistering sunlight scour and illuminate their every dark corner, until all their entrenched fraudulence and partiality have been sent packing, and they catch up with the ordinary people on this matter of unity against hate.