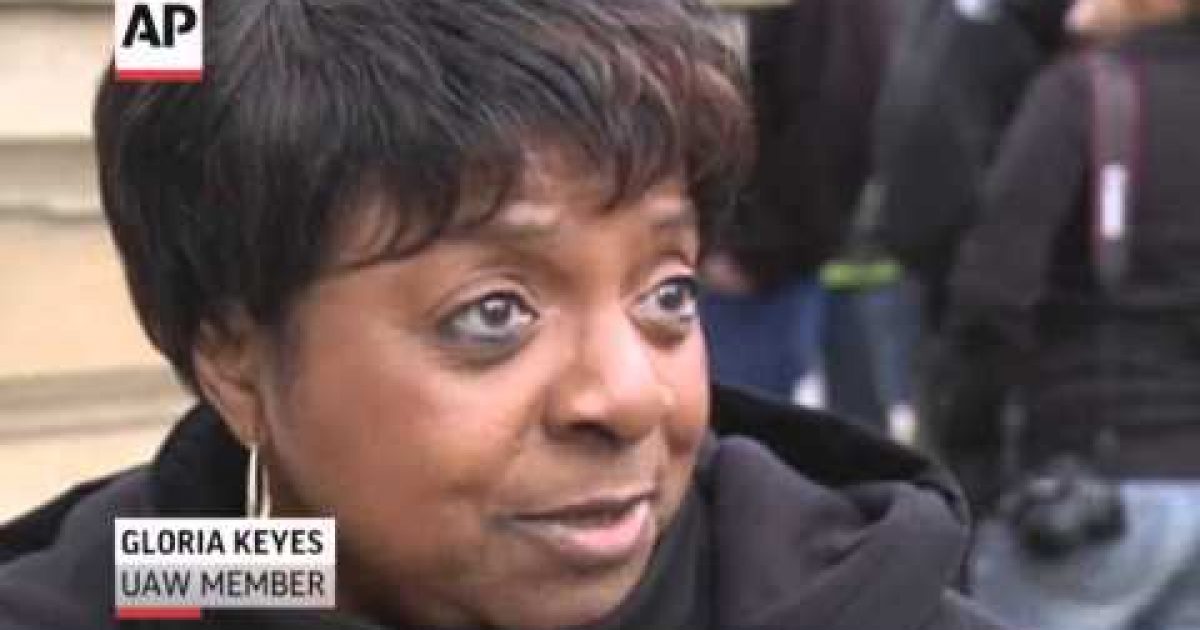 As discussed here earlier in the week,  the home of the labor movement, Michigan was about to become a “right to work state”.  Yesterday, the Michigan House and Senate each passed bills to give private and public sector workers the right to avoid paying union dues in an organized workplace. According to state procedural rules, the legislation must wait five days before it can advance, but the governor has said he will sign the bill.

The historic legislation passed over the thunderous chanting from thousands of workers who descended on the Capitol, resulting in at least eight arrests and a temporary lockdown of the building by Michigan State Police. Democrats in both chambers staged walkouts and procedural maneuvers to stall passage while workers protested in and outside the Capitol.

“Young people don’t know the history of labor relations,” said Diane Petryk, a union member from Lansing. “They have an eight-hour day, a weekend, vacation and more because of labor unions.

“Their grandparents died on the picket lines in Flint, Detroit and other places so that we could have a middle class.”

Which is true, the problem is that in many cases unions have outgrown their usefulness  by forgetting that their is a world labor market.  The other problem is that forcing people to pay dues to an organization they do not wish to join is not the American way.

Then there is the case of Michael Moore, film maker and member of Local 666, The I Ate An Entire Truck Union. Moore call for an open revolt to the right to work vote:

Union and other progressives are protesting this move–vehemently. “Still enraged by actions of Republican shock troops in the lame duck MI legislature yesterday,” Moore wrote on Twitter. “Revolt, anyone?”
Moore appeared shocked that state Republicans still had power in Michigan – even though President Obama won the state by 10 points.

“Repubs gerrymandered our state like political serial killers,” he added. “Their goal was 2 snuff out the will of the people. Did the Dems sue 2 stop it?”

Moore then vowed that no one would work for any of his films unless they were unionized.

“I don’t give a damn what illegal shit the Repubs do in Lansing – I will not obey this law,” he wrote. “If you write, direct, edit, shoot, or do sound for me on my next movie, you will not work for me unless you belong to the union.”

Does he still make movies?  When was the last time any of them made any money.

Kudos to the Michigan legislature for giving people the freedom of choice.  And to Mr. Moore…I remember when you were famous…now you are just sad.