UNICEF Using OUR Tax Dollars For Terrorism And Campaign Against U.S. Immigration Laws 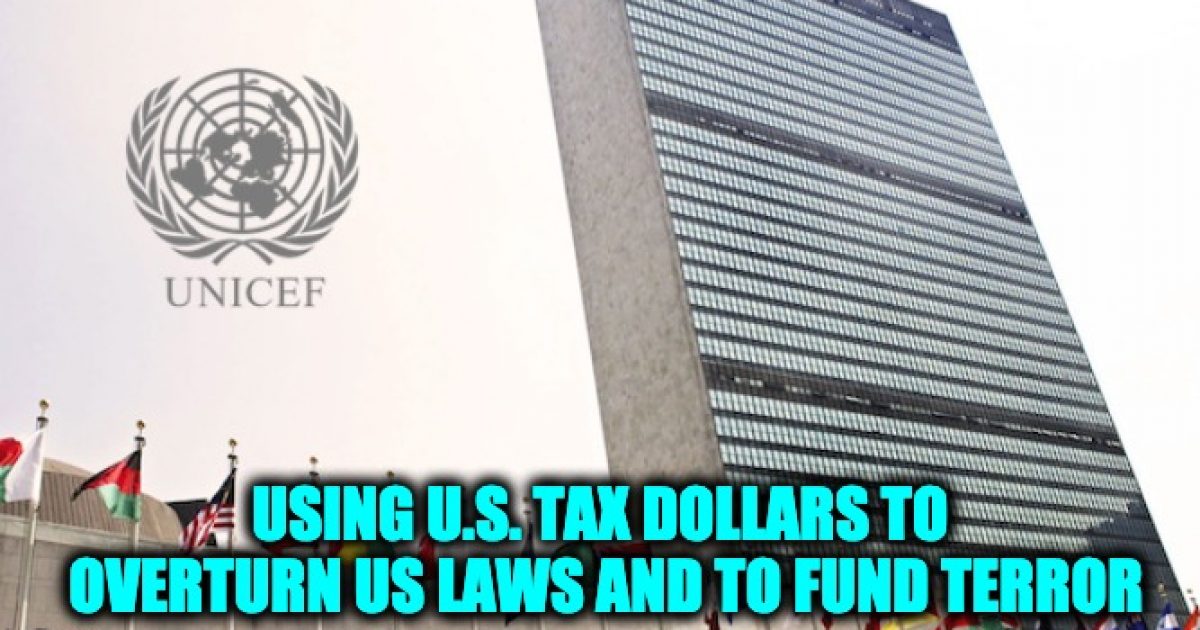 Talk about biting the hand that feeds it. Besides supporting terrorism,  the United Nations organization UNICEF has launched an anti-American ad campaign calling for an end to our borders despite receiving millions of dollars in funding from the U.S. government!

You read that right, UNICEF is using our own money to agitate to put an end to U.S. sovereignty.

Last FridayUNICEF launched a Twitter add saying, “Migrant and refugee children are children first and foremost. Their rights do not end when they cross a border.”

Migrant and refugee children are children first and foremost. Their rights do not end when they cross a border. #AChildIsAChild pic.twitter.com/LK0NSoAELN

I agree but add,  let them have their “rights” in Mexico and make them not break our laws by illegally crossing the border into the United States.

UNICEF,  which stands for the United Nations Children’s Fund, was once one of those benign charities that nearly everyone could get behind. In fact, kids still carry around those little UNICEF donation boxes at Halloween time.

But that worthiness ended a long time ago, and for decades UNICEF has worked against the United States despite the millions the American people give to this crooked, anti-American, pro-terrorist outfit.

For example, UNICEF’s branch in Israel, the West Bank, and Gaza’s has partnerships with groups that have close ties to the Popular Front for the Liberation of Palestine (PFLP) terrorist group. PLFP is designated as a terrorist group by Canada, the EU, the US, and Israel.

UNICEF partially funds the British charity,  Medical Aid for Palestinians (MAP) which according to the evidence provided by NGO Monitor, supports terrorism and Antisemitism, as well as promoting distorted and false narratives under the guise of medical expertise and scientific fact. MAP’s “2014 Gaza relief partners” included the Hamas-run Gaza Ministry of Health (MoH) and IDEALS, an NGO funded by Interpal, which the United States has designated a terrorist entity.

UNICEF partially funds Palestinian Summer Camps that train children to be terrorists. As reported by PALWATCH

it isn’t just the donations that individual Americans give to UNICEF every year. Our federal government also provides UNICEF hundreds of millions a year.

Why do we continue to give these people hundreds of millions so that they can use our own money to work against our laws and promote terrorism?

This money should be cut in its entirety.

And if you donate your own, personal money to UNICEF, or if you allow your kids to walk around with those orange boxes on Halloween, you should stop.