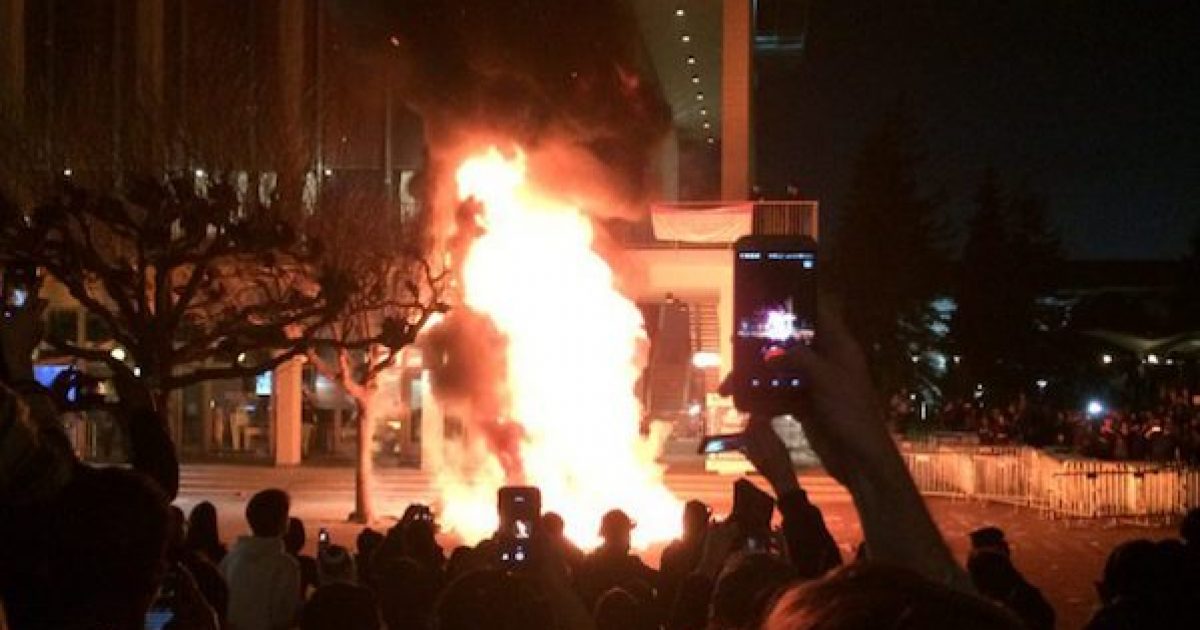 The RNC released a new ad that highlights the unhinged and increasingly insane political Left which, now seems hell-bent on fomenting a second bloody civil war in America over Donald Trump.

The ad opens with Socialist Senator Bernie Sanders saying, “a few years ago, ideas that we talked about were thought to be fringe ideas, radical ideas, extremist ideas — those ideas are now mainstream,” while displaying images of violent graffiti and Kathy Griffin holding a facsimile of Trump’s bloody severed head.

The ad highlights multiple well-publicized instances of those on the political Left advocating for extreme action in response to the Trump administration, including Madonna saying she has thought about blowing up the White House, Snoop Dogg shooting the president in a music video, Bill Maher saying he hopes the economy crashes so it hurts Trump, House Minority Leader Nancy Pelosi saying she doesn’t know why there aren’t uprisings “all over the country,” and Waters’ extreme speech where she called for the harassment of Trump cabinet members.

The ad doesn’t highlight any specific GOP candidate but effectively shows what Americans are now facing and as Cassandra Fairbanks said, is exactly “what the GOP needs to invigorate their base and bring in rational independents who are sick of the insanity.” Moreover, it’s a message that is long overdue.

A minute long ad does not do the radical left’s violent tendencies justice. Sen. Rand Paul (R-KY) was seriously injured after being attacked by his Bernie Sanders-supporting neighbor at his Kentucky home months ago. Last year, Rep. Steve Scalise (R-LA), was nearly fatally shot by a deranged leftist who opened fire on Republican lawmakers during congressional baseball practice.

Additionally, insane leftists have advocated for Trump’s assassination since the day he won and some, like actor Michael Shannon, have said Trump supporters need to die. The situation has gotten so severe that USA Today said a “soft civil war” is “well underway.” Additionally, news broke that Sarah Sanders will receive a Secret Service detail at her home due to an increased threat of violence — a first for any White House Press Secretary.

Violent leftists affiliated with Antifa and other far-left groups have routinely attacked and assaulted Trump supporters, to the delight of Trump-haters in both parties and the media.