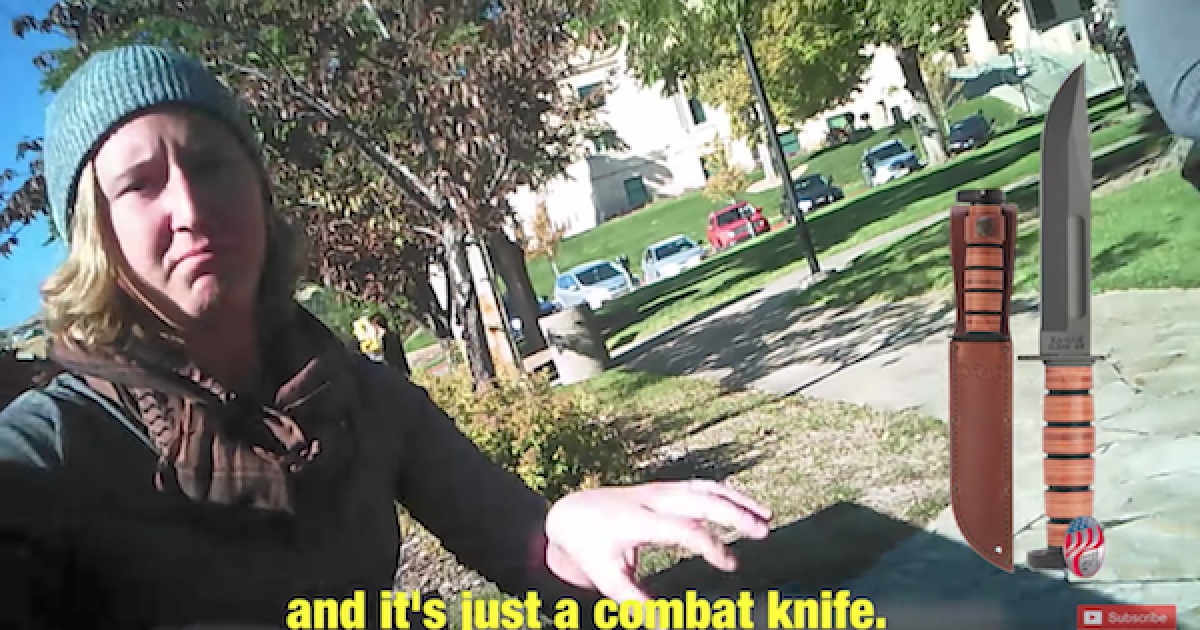 Steven Crowder is being forced to do the work that the MSM refuses to do.

Think about that folks. “REAL” journalism in our day and age is being done not by actual newspapers or news outlets, but by intrepid journalists with varied backgrounds… like an internet comedian.

What does that say about the media in America today? That we NEED men like Steven Crowder or any of hundreds of other small-time bloggers and concerned citizens doing the work that professional journalists have just stopped doing, is a sad commentary on the state of our media.

While Crowder’s work uncovers the ugly violence being planned by members of Antifa, the real story here is that when the media was informed of this disgusting behavior… they turned their backs and pretended the evidence didn’t exist.

Crowder begins by explaining that his team has long been working on infiltrating Antifa and the group has become popular by leaning on the help of other more mainstream members of the left. However, the reality is that Antifa has always been in the business of plotting violence and planning for the overthrow of the rule of law.

Despite some politicians and celebrities on the left publicly distancing themselves after Antifa’s egregious acts of violence became too politically toxic to openly endorse, Crowder notes, “Antifa has never operated alone. They’ve been actively supported by professors and other leftists and student organizations.” Crowder provides the example of current Utah State faculty members who “encouraged and emboldened students to disrupt the Ben Shapiro event and create chaos.”

One of the self-described “anti-fascists,” going by the pseudonym “Clark,” explains in an audio recording that his Utah-based group specifically asked the violent Antifa activists to show up in their masks and black clothing to supposedly provide “safety.” Antifa is not “one static organization,” he says, but more of an “ideology, a movement, a stance.” Asked what the difference between Antifa and other leftist organizations is, Clark replies matter-of-factly, “The difference between them and other activists groups is the willingness to respond with violence”…

Crowder says they immediately gave the police the video evidence of the violence the Antifa members were planning. But when Crowder tried to get some of the media to find out more about what his team uncovered, reporters were strangely uninterested in learning about the violent leftist group. Crowder concludes the video by asking, “Is the media complicit in all of this, or do they just suck at their jobs?”

The sad truth is that our media is most certainly complicit in the leftist violence, and that violence will continue so long as the Democrats and their partners in the media refuse to stand against it.