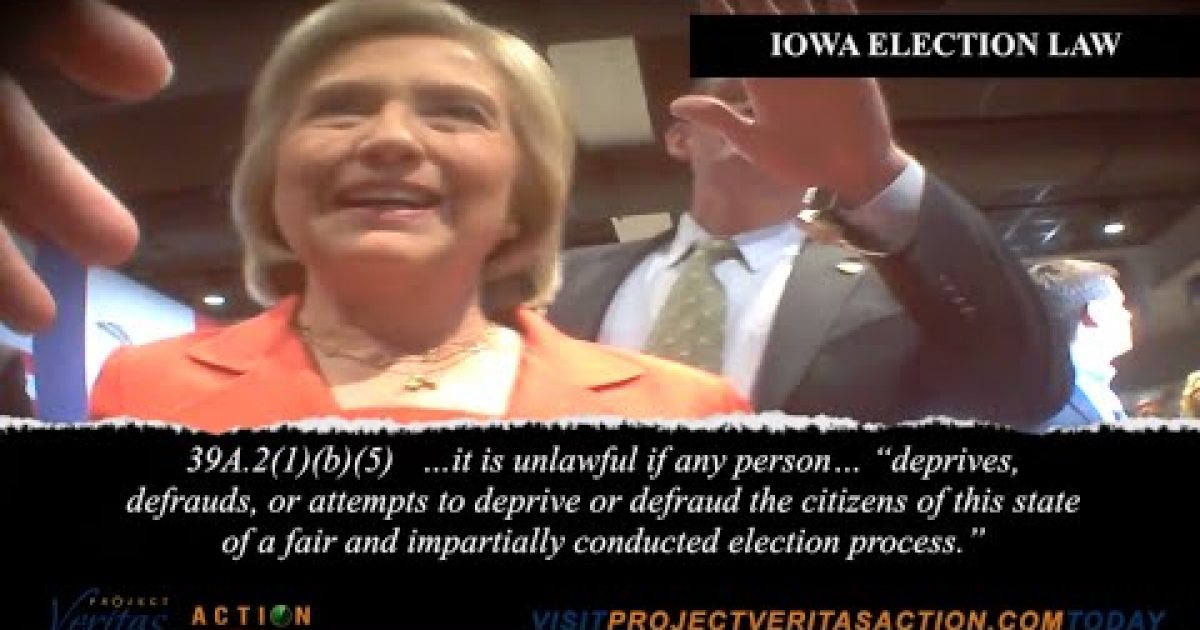 New James O’Keefe undercover video shows Clinton campaign playing fast and loose with Iowa election laws, directly contradicting their previous statement to Time Magazine. Hillary campaign organizer Sarah Sterner was captured on hidden camera stating: “We don’t want to make our focus voter registration because then we have to like register everyone regardless of whether they’re supporters or not.” The Clinton campaign “maintains that its policy is to register all voters, regardless of their preference in candidates.” Yet paid organizer Sarah Sterner was caught instructing staffers to ask potential supporters “Hey are you a Hillary supporter? And then if not, then like great move on, you know?”

The rule is don’t register anyone unless you know if they are already Hillary supporters.

O’Keefe finishes the video with a threat…the worst is yet to come: