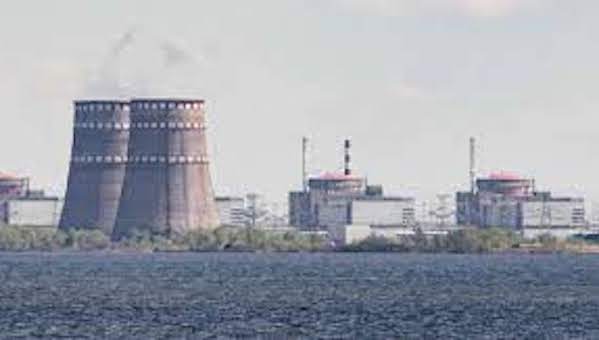 As Russia’s aims in the Ukraine invasion become all the more apparent to the world, the latest turn of play now involves a rather severe risk to Europe’s largest nuclear power plant.

Russia isn’t only attempting to wipe Ukraine and its people off the map, no. They are also siphoning off as many resources as possible from the sovereign nation – natural and man-made. But, seeing as the Russians have botched just about every aspect of the war so far, so too will they invariably muck this up.

In the most perilous moment of Moscow’s invasion, Russian troops seized control of the Zaporizhzhia nuclear plant in Ukraine’s southeast early Friday. No radiation was released as a result of the shelling attacks, and firefighters were eventually able to extinguish a blaze in one of the plant’s buildings, UN and Ukrainian officials said.

Russia is planning on disconnecting Europe’s largest nuclear power plant from Ukraine’s power grid in a move that would risk a catastrophic cooling system failure, the head of Kyiv’s atomic energy company has warned.

Petro Kotin, the head of Ukraine’s state nuclear power company Energoatom, said he has seen Russian engineers’ detailed plans to cut off the Zaporizhzhia power plant from Ukraine’s power grid and instead connect it to the Russian network if fighting severs the remaining power lines.

Kotin fears that Vladimir Putin’s men are now targeting the plant’s power lines connecting it to Ukraine’s grid to make that scenario a reality, reports the Guardian.

If Russia’s plan goes ahead, it would lead to a catastrophic failure of the cooling systems. External power is essential not just to cool the two reactors still in operation at the Zaporizhzhia site, but also the spent radioactive fuel stored in special facilities onsite.

The dire warning comes as Ukrainian staff at the nuclear power plant, occupied by Russian troops since March, said they are being tortured by FSB agents to prevent them from telling UN safety inspectors about the risks at the site.

This wouldn’t be anything new for the Ukrainians. Many people don’t remember that the Chornobyl nuclear disaster was not in Russia. The plant was across the border in Ukraine.

Russia’s history of playing around with nuclear power has been well-documented, but this latest ridiculous scheme could prove to be their most damning yet.

Much of this post were first seen at Flag and Cross