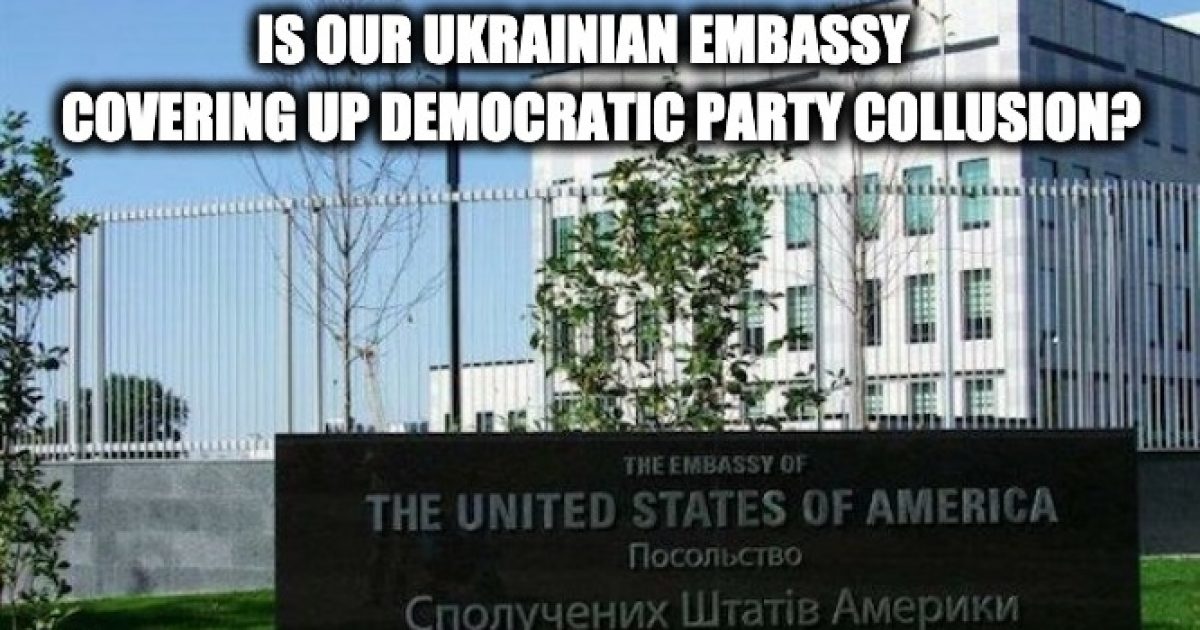 A senior member of Ukraine’s Prosecutor General’s International Legal Cooperation Dept. told John Solomon that since last year, he’s been blocked from getting visas for himself and a team to go to the U.S. to deliver evidence of Democratic party wrongdoing during the 2016 election to the DOJ.  The senior prosecutor Kostiantyn Kulyk never got an answer, and he says it’s because the visas were blocked by the U.S. Ambassador. The Ambassador, Marie L. Yovanovitch is a career diplomat (since 1986) who served under both Democratic and Republicans and was appointed to her present position in August 2016 by former President Obama.

In another instance, he said, Ukrainian authorities gathered evidence that money paid to an American Democrat allegedly was hidden by Ukraine’s National Anti-Corruption Bureau (NABU) during the 2016 election under pressure from U.S. officials. “In the course of this investigation, we found that there was a situation during which influence was exerted on the NAB, so that the name of (the American) would not be mentioned,” he said.

As we reported in late March, the Ukranian Government is known for being very corrupt, and that includes the head of NABU Artem Sytnyk. A different Ukrainian prosecutor is investigating Sytnyk for trying to help Hillary to win the 2016 election, which was initially reported two years ago by Politico.  That suspected involvement by NABU which has a close relationship with the U.S. Ambassador the FBI agents in Ukraine is the reason Mr. Kulyk wanted to personally deliver the evidence to the DOJ rather than giving it to the American officials in his country.

What is hard to understand is there have been reports of senior Ukraine officials trying to help Hillary win the election for two years, why hasn’t the U.S. Ambassador granted the prosecutor a visa. Is Ambassador Yovanovitch part of the deep state?  This all smells. Now that John Solomon has reported the cover-up, hopefully, there will be pressure for an investigation. But don’t expect any help from the MSM. They will continue to protect everything Hillary Clinton ever did or said and will continue to trash, misreport or lie about everything President Trump does or says.

This is only part of the story, click here to read John Solomon’s full report.