It’s time to add to the list of dumb things the global warming moonbats claim is caused by their hoax.  During the past two years the left has blamed global warming for Incredible shrinking sheep, Invasion of jellyfish in the Mediterranean, Surge in fatal shark attack, Boy Scout tornado deaths, Severe acne, Global conflict, Beer tasting different, Suicide of farmers in Australia, Bigger tuna fish, longer days, shorter days, Collapse of gingerbread houses in Sweden, Cow infertility, UFO sightings in the UK, Rise in insurance premiums, and Heroin addiction and a rise in bear attacks in Japan and Frigid Cold Winters in Great Britain, and Cancer, Death from heart disease, diabetes, stroke, respiratory disease and even accidents, homicide, suicide, water -borne disease outbreaks, heavier, wetter snowstorms treacherous for travel and ambulation, Lyme disease, swarms of allergy-inducing, stinging insects, along with mosquitoes and devastating pine bark beetle infestations and the spread of forest and crop pests, 40,000 dead crabs ,and the unrest in the Middle East. 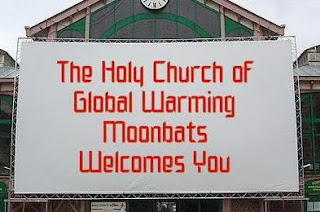 The latest Moonbat claim hits below the belt, literally. At a conference of climate change sponsored by the Frontenac Arch Biosphere Network, Adam Fenech, a senior climatologist with Environment Canada (and co-winner of the Nobel Peace prize with Al Gore) , said climate change has an effect on everything, “even crime and love.”

Love? Amour? Heck I object! On the other hand Mr. Fenech did not say how it would effect love. Maybe it will get so hot that everyone will want to be naked more often and there will be much more love-making going on.

Fenech said current models produced by “the biggest computers in the world” forecast a 2.8- degree Celsius increase in annual mean temperatures by the year 2080 for the biosphere region, which extends from Gananoque to Brockville and north along County Road 42 from Athens to Westport and Parham in Central Frontenac.

He said the projected increase in temperature is a composite taken from three scenarios to reflect low, medium and high greenhouse gas emissions in the future.

Using a series of Environment Canada charts developed with 40 years of information from six weather stations inside the biosphere, Fenech unveiled a number of projections to underscore his urgent call for co-ordinated action to offset the changes.

“It’s quite a range, but they are all projecting an increase,” said Fenech.

Similarly, while there are factors that could mitigate a rise in temperatures -in particular a reduction in the use of fossil fuels -Fenech noted with some concern that a 1-degree Celsius increase in temperatures over the past 40 years is higher than the scientific community had projected.

Here’s the part that I don’t get. The weatherman cannot predict the weather 80 hours in advance, but now they claim the can predict the weather 80 years from now. One of the big problems with these computer models is they don’t take into account actual observation. Part of the problem with much of the research that comes out of the global warming community, is that it is based on computer models instead of observation.

Most of the greenhouse effect for the earth is due to water vapor and clouds,. To get the frightening global warming scenarios that are bandied about, the added CO2 must substantially increase water’s contribution warming. The jargon is “positive feedback” from water vapor and clouds. With each passing year, experimental observations further undermine the claim of a large positive feedback from water. In fact, observations suggest that the feedback is close to zero and may even be negative.

In other words we have many cases where the “computer” says its supposed to be sunny outside, but if they would stick their heads out the window they would know its raining.

He said other weather projections for the coming decades are less certain.

For instance, of concern especially for farmers, some computer models project higher amounts of rainfall, while others foresee a decrease, said Fenech.

Meanwhile, the growing season -which has already been lengthened by four days since 1968 -is expected to be another 17 days longer by the end of the century, he said.

For tourist operators, an additional 22 days of warm-weather golfing will be available by the end of the century.

However, that could be offset if the days are too hot, he added.

Especially if those days are too hot for a little fun time in the bedroom.