Just what they need… 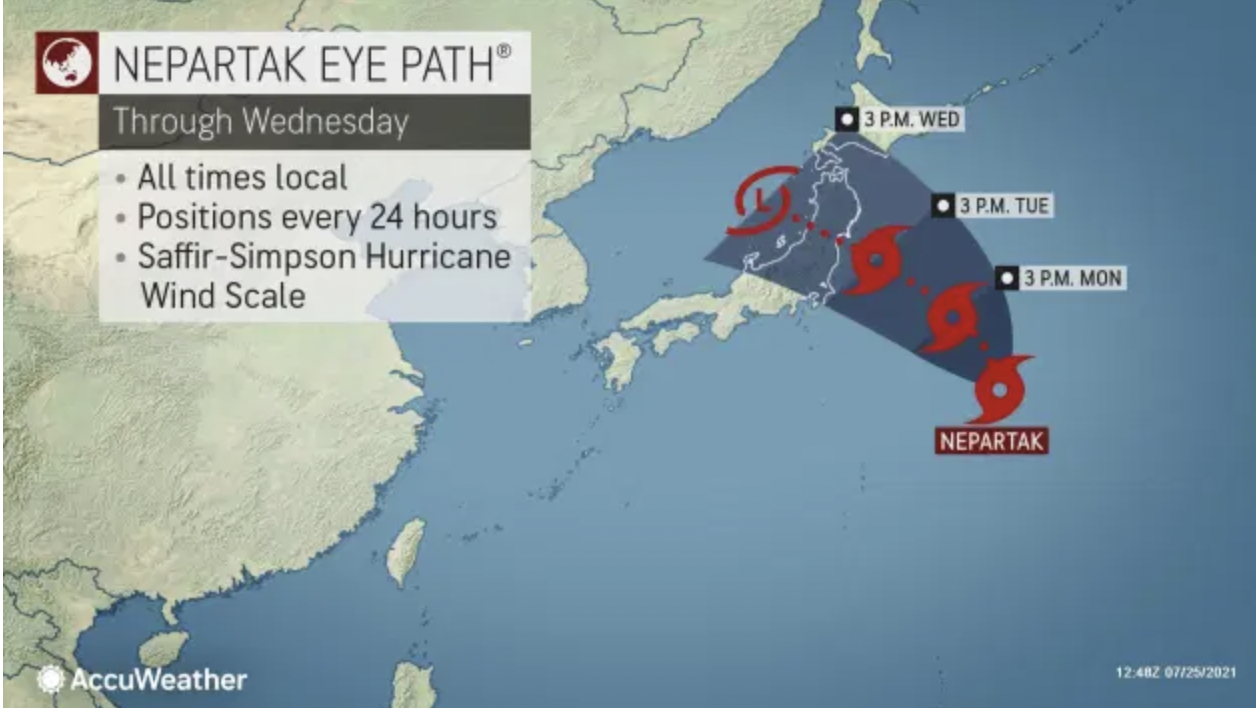 The further we get into the 2020/2021 Olympics, the more we are beginning to wonder if we shouldn’t have just skipped the whole thing.

This is Japan’s moment to shine, but the resurgence of COVID-19 within the nation has brought with it some harsh realities.  Spectators had to be barred from the games, first and foremost, and then a rash of vaccinated athletes tested positive anyway. Today, Jon Rahm, Spanish golfer, World No. 1, and 2021 U.S. Open champion, had to pull out of the Tokyo Olympics after testing positive COVID-19. Rahm already suffered through a case of COVID and was vaccinated but tested positive again.

Throw a few archaic and widely criticized cannabis violations in there, and these Tokyo games have received more heat than the west coast over the past few weeks. And there’s more to come. As if to put a tidy little bow on the curse of the 2020/2021 Olympics, a typhoon now threatens to derail the games even further.

According to meteorologist Jim Rouiller, “That is really all they need. A tropical storm coming right towards Tokyo,” the Daily Mail reported.

With a likely landfall coming on Tuesday, the storm has sent Olympics officials scrambling to reschedule competitions that would be affected by the storm most.

Rowing competitions scheduled for Monday were rescheduled for Sunday, for instance, to try and rearrange schedules to beat the storm.

Officials are attempting to exude an air of calm about the whole thing.

“Unlike an earthquake, we’re able to predict the path of a typhoon so we can make plans, and indeed when it comes to rowing, as a preventative measure, we have decided to change the schedule for the event,” said Tokyo 2020 spokesperson Takaya Masa, per ESPN’s Tom Hamilton. “Changing the schedule is not a rare event, and we understand the burden it’ll have on athletes. We’re looking closely at the path of the typhoon to make decisions as preventative measures. Should it make land, there could be damages, and if that’s going to be the case, we will take responsible measures.

“At this point in time, I cannot offer you exactly what will happen, but we will be paying a close eye to it,” Masa concluded.

.Has someone build a giant ladder over the Olympic village? Maybe a black cat takes a daily tour throughout the Olympic grounds. Did the people running the Tokyo games break a few mirrors? These games seem cursed.

The ridiculous nature of this Olympic competition and the number of world favorites omitted for one reason has many wondering if these games will need to be denoted with a rather large asterisk when it’s all said and done. Probably not, because the way this Olympics is heading, a large asterisk will cause the Olympic Committee’s printers to jam.