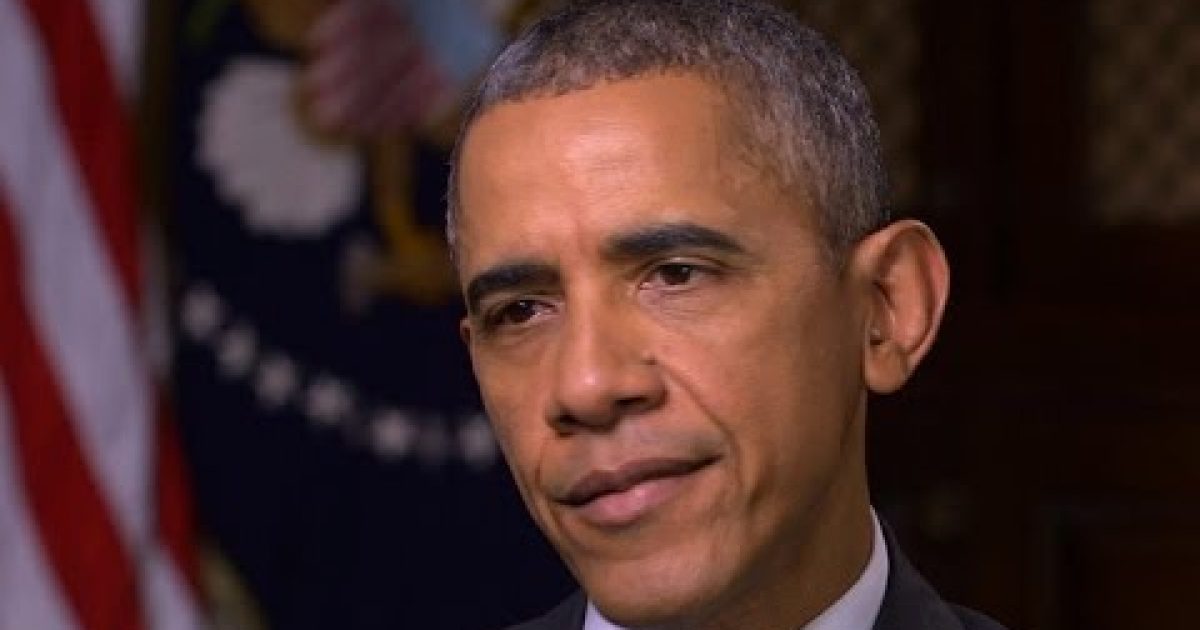 Two days after the terrorists attack in San Bernardino, on Friday President Obama appeared on “CBS This Morning” and defended his position the world’s greatest threat is climate change not radical Islamic terrorism. The interview took place the same day as the San Bernardino attack and based on the discussion one would assume it happened before the attack and certainly when he gave the interview he had no knowledge of  what was to come. But one has to believe if he asked the network not to air, or to delay the airing of the interview in deference to the feeling of the victims an their families, they would have complied.

According to Obama’s explanation during the interview the oceans rising or major shifts in weather patterns will place people under emotional strain making them more likely to adopt “dangerous” ideologies. That may be true but I bet the strain isn’t as bad as having ones family member shot dead by terrorists at a holiday luncheon.

We’re going to get ISIL, They will be defeated. There will be ongoing efforts to disrupt the world order from terrorists, from rogue states, from cyber attacks (…)There’s always some bad people out there trying to do bad things and we always have to be vigilant in going after them.

(…) What we know is that, as human beings are placed under strain, then bad things happen. If you look at world history, whenever people are desperate — when people start lacking food, when people are not able to make a living or take care of their families — that’s when ideologies rise that are dangerous.

So now there were no people going to bed hungry before global warming…nonsense! Doesn’t Obama remember those commercials with Sally Struthers? The actress was so hungry some even believed Sally looked as though she ate those poor kids.

Then there’s the science, temperatures haven’t increased in almost 19 years, and polar ice is growing.  And Islamist terrorism has been around for a lot longer than climate change.  Some date it back to the 1929 Arab massacres of Jews in Hebron.

Much has transpired since Obama sat down for the CBS interview; the attack on Wednesday, the day after the massacre the FBI determined that Syed Rizwan Farook’s had been radicalized, and later on Thursday we began to learn that Farook’s wife Tashfeen Malik may have been radicalized long before she came to the U.S.. Beyond the fact that they had no basis in truth one cannot criticize Obama for saying what he did at the time he gave the interview. However certainly our clueless president was aware of what happened the since. And as part of the lame stream media CBS would have agreed to any request the president would have made to spare the feeling of the victims. However there was no request. Perhaps because after two days of politicizing the attack to promote his gun control agenda, Obama was comfortable in appearing to political it for his political climate change agenda.

Watch the video below and understand that while Iran has a Supreme Leader, unfortunately the United States has a clueless one: