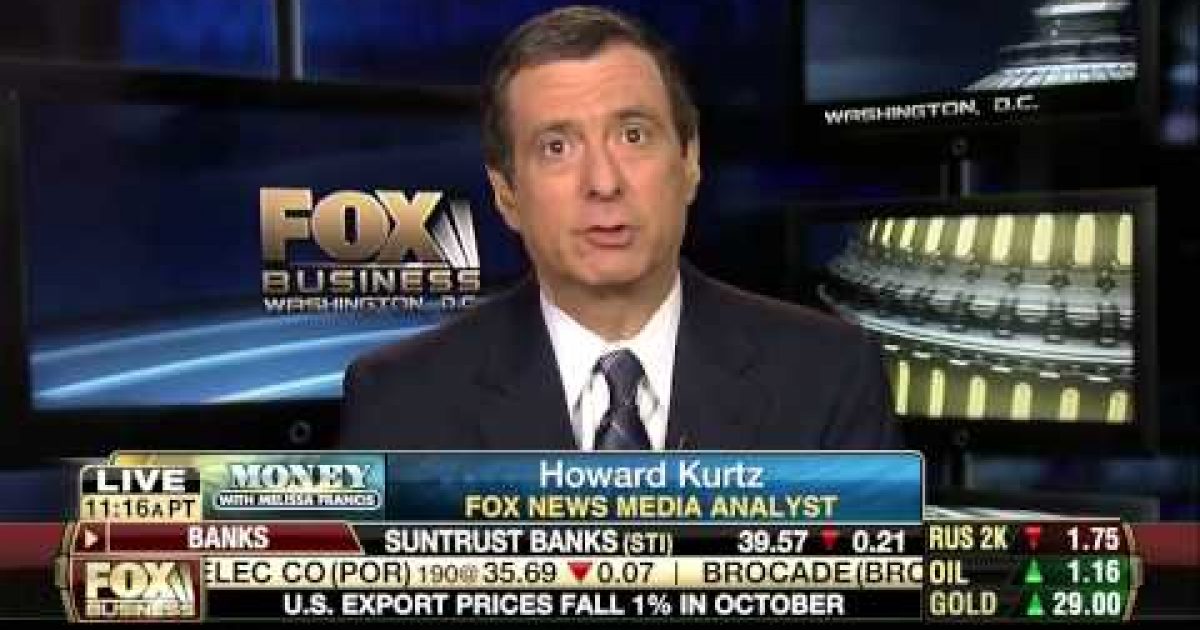 During her Friday program on the “Fox Business Network,” Melissa Francis made a truly scandalous revelation. “when I was at CNBC, I pointed out to my viewers that the math of Obamacare simply didn’t work. Not the politics by the way; just the basic math. And when I did that, I was silenced.” Francis eventually brought on Charlie Gasparino another FBN employee who used to work at CNBC who told of the time the network’s anchors where called into Jeff Immelt the head of GE’s office (GE owned CNBC at the time) for a discussion whether or not the network was being fair to President Obama and his economic policies.

Francis began her program with two of the recent Jonathan Gruber
videos where he talks about in crafting Obamacare, he picked verbiage
that would fool the stupid Americans. Francis who has a degree in
economics from Harvard, followed the clip with her account of being
taken out to the woodshed at CNBC explaining that the basic math of
Obamacare didn’t make sense”

Straight from the horse’s mouth, Jonathan Gruber telling you that the architects of Obamacare think you’re stupid and most importantly, they are absolutely counting on your lack of economic understanding. They aren’t the only villains in this story though. They are also depending on the liberal media to help them cover up the truth. So far NBC, ABC, The L.A. Times” and Associated Press and others, have been only too happy to comply. Those outlets have not even mentioned the video evidence, from Jonathan Gruber. It is shocking.

But it actually doesn’t surprise me. Because when I was at CNBC, I pointed out to my viewers that the math of Obamacare simply didn’t work. Not the politics by the way; just the basic math. And when I did that, I was silenced.

I said on the air, that you couldn’t add millions of people to the system and force insurance companies to cover their preexisting conditions without raising the price on everyone else. I pointed out that it couldn’t possibly be true that if you like your plan you can keep it. That was a lie. And in fact millions of people had their insurance canceled.

Ms Francis brought in Howard Kurtz who said he wasn’t surprised by bias just that it was so blatant.

I quite frankly am surprised. I—listen I’m not surprised by liberal bias. I worked in the mainstream media throughout my career. I’m right of center. I never held back my feelings about, I’m a devote’ of the free markets, never held back on that. I seen the way it works, usually as Howard says, a lot more subtle. I will say this though; I know Mark Hoffman runs CNBC. I actually think he is a decent guy. I know Nick Yogan who runs the news, runs news operations, decent guy.

But I will say this, and here is one of chilling aspects working in the mainstream media. Two points. When I was at “Newsweek” when it looked like the exit polls were in and George W. Bush was going to lose to John Kerry, people were doing high fives in the newsroom. I’ll tell you that, that’s one.

The second thing is, there was a thing, at CNBC, right after the elections when President Obama first took office, the markets were getting crushed. The markets were scared about Obamanomics and his ability to lead. Tim Geithner didn’t lend a lot of courage and confidence in the markets. And we as a network started talking about that. No sooner did we talk about that, than Jeff Immelt the head of GE, which owned CNBC at time called a meeting of senior people, including mostly anchors. Didn’t call me, thank God. And they basically had a talk, a discussion about whether CNBC was being fair to the president. We should point out that GE got a lot of largess, received a lot of largess from the Obama administration over the years. Now did they tell you during this, did they tell the people during this meeting, go easy on Obama? No. But you know there is a chilling effect when your boss calls you in, says, not just your boss, the head of GE, everybody is sitting around and you’re saying, oh, are we being fair to the president by pointing out that his economic theories make no sense or whatever we were doing? And you know that is the mainstream media. You know people attack Fox all the time and we give the other side all the time?