Twitter Suppresses Pro-Life Tweets While This Gets a Free Pass? 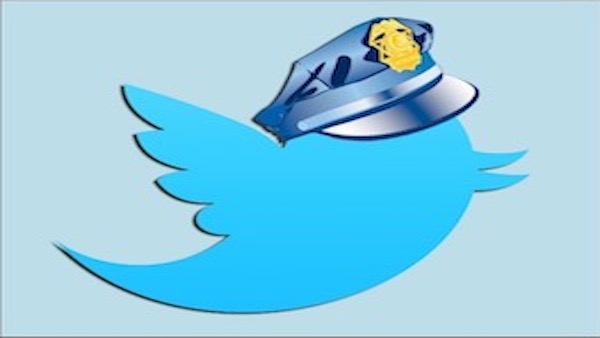 For months Facebook, Google, Twitter, and other liberal media companies have been searching for ways to destroy conservative media and to keep conservatives from spreading our message to new ears/eyes/minds. They ginned up this “fake news” epidemic, only to have us all discover that it is the establishment media who creates the “real” fake news. They attempted to push liberal “fair usage” laws about the internet through Congress, thankfully their efforts have thus far failed. Now, they’ve taken to simply clamping down on our sites and trying to suffocate our voices. How do they do this? Google has attacked our income model by threatening our advertisers and demanding major changes to our ad structure. Facebook has tried to extort more money from our companies, while also constantly shifting their algorithm to keep our content from being seen. They have even hired liberal organizations like Snopes to label us as “fake news” and thereby have a reason to hide our content. Twitter simply bans conservatives, blocks us from advertising our content, and labels anything we post as “inflammatory,” “provocative,” or “offensive.”

The extreme pro-Planned Parenthood bias on Twitter is leading to censorship there and preventing millions of new people from being reached with pro-life messages, the real facts, and the actual statistics behind Planned Parenthood’s claims.

While Planned Parenthood is allowed to advertise on Twitter, the social media company has suppressed Live Action’s ads, calling our pro-life messages offensive and inflammatory. What exactly is Twitter calling so offensive and inflammatory? Tweeting a picture of a child developing in the womb and saying we believe in the right to life. Or tweeting ultrasound images, like the ones that most expectant moms hang on their refrigerator doors.

Planned Parenthood is allowed to tweet that a woman has a right to an abortion, but when Live Action tweets that a baby has a right to life, Twitter considers that “inflammatory” and “offensive.”

Planned Parenthood can tweet that people who don’t want their taxes funding an abortion chain are extremists, but when Live Action tweets that Planned Parenthood should be defunded, Twitter considers that “inflammatory.”

While it won’t censor Live Action’s and Lila Rose’s tweets outright, Twitter has banned our ability to advertise our content until we delete all the tweets it deems offensive – or, in reality, all the tweets that offend Planned Parenthood. Twitter has told us that we must delete: 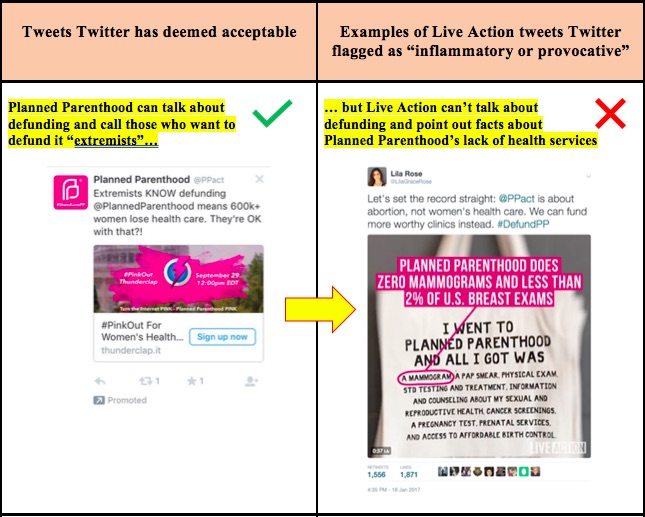 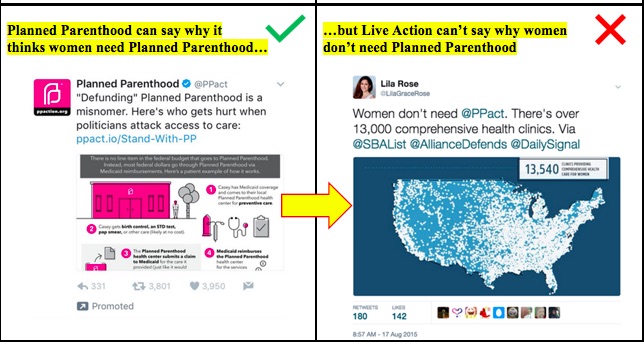 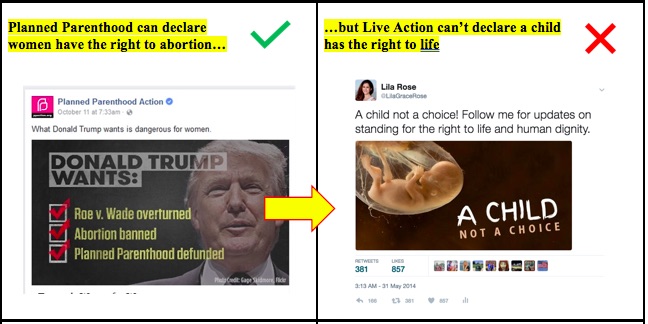 Live Action’s leader, Lila Rose, appeared on Fox News with Tucker Carlson to explain how her voice and the voice of other pro-lifers is being throttled by social media sites like Twitter.

Tucker Carlson: “Twitter is refusing to run the ad. Twitter says Live Action has tweeted sensitive material in the past; unless Live Action censors itself and deletes these tweets, Twitter says [Live Action] will not be allowed to buy ads. It’s hard to believe this. You’re trying to give money to Twitter and they’re turning it down on what sounds like ideological grounds.”

Lila Rose: “Planned Parenthood, the nation’s biggest abortion chain, is advertising on Twitter, but Live Action, which is the leading pro-life platform for the pro-life movement, is not allowed to, and the kind of tweets that they’re flagging, Tucker – that they’re calling violation of their hate and sensitive policy – show ultrasound images; they’re fact-checks of Planned Parenthood; they’re discussing the prenatal life and its beauty. These are the sorts of tweets that Twitter is trying to block.”

Because a person’s a person, no matter how small. #WhyWeProtest #ProtestPP

Live Action’s friends on Twitter have begun tweeting their support of the pro-life group:

@Twitter why are you blocking Live Action ads, but allowing planned parenthood? An ultrasound pic is NOT hate speech. #TwitterNazi