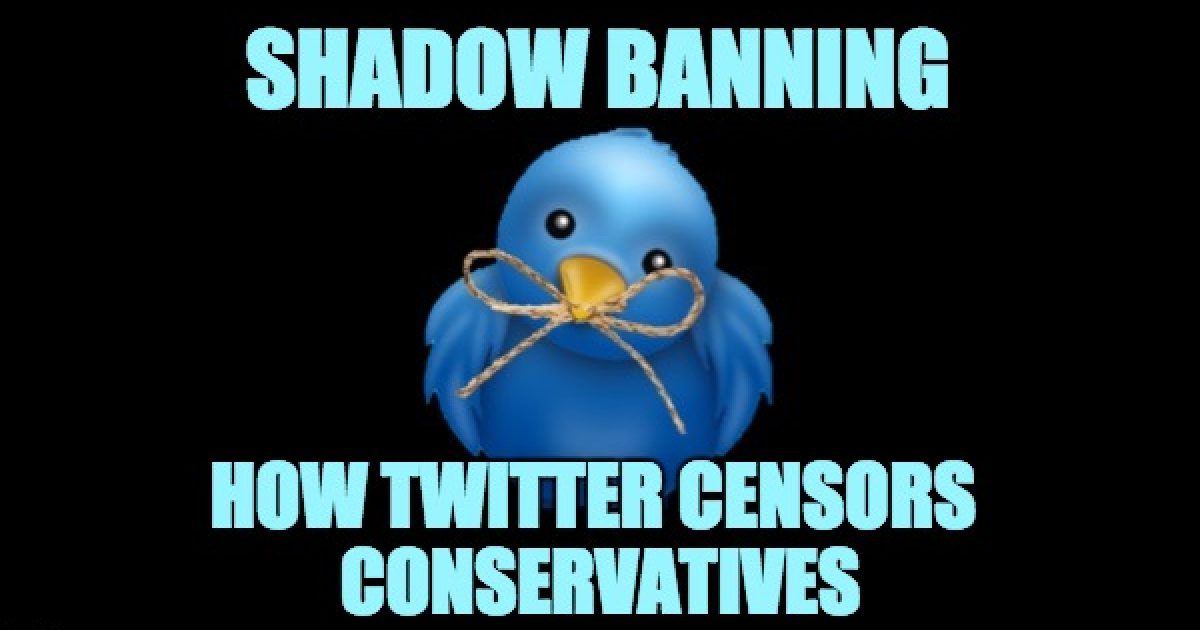 Project Veritas’ latest undercover video is a blockbuster that features present and past Twitter employees explaining how Twitter censors conservatives via “Shadow Banning.” In the video (embedded below) Abhinov Vadrevu, a former Twitter Software Engineer explains a strategy, called “shadow banning,” that to his knowledge, Twitter has employed:

“One strategy is to shadow ban so you have ultimate control. The idea of a shadow ban is that you ban someone but they don’t know they’ve been banned, because they keep posting and no one sees their content. So they just think that no one is engaging with their content, when in reality, no one is seeing it.”

Also caught on tape is Twitter Software Engineer Steven Pierre who explains how Twitter is automating its censorship:

“Every single conversation is going to be rated by a machine and the machine is going to say whether or not it’s a positive thing or a negative thing. And whether it’s positive or negative doesn’t (inaudible), it’s more like if somebody’s being aggressive or not. Right? Somebody’s just cursing at somebody, whatever, whatever. They may have point, but it will just vanish… It’s not going to ban the mindset, it’s going to ban, like, a way of talking.”

Speaking a Twitter Holiday Party, Olinda Hassan, a Policy Manager for Twitter’s Trust and Safety adds that the development of a system of “down ranking” “shitty people” is in the works:

Former Twitter Engineer Conrado Miranda confirms on December 1st, 2017 that tools are already in place to censor pro-Trump or conservative content on the platform. When asked whether or not these capabilities exist, Miranda says, “that’s a thing.”

According to Twitter Content Review Agent Mo Norai,  in the past Twitter would manually ban or censor Pro-Trump or conservative content. When asked about the process of banning accounts, Norai said, “On stuff like that it was more discretion on your viewpoint, I guess how you felt about a particular matter…”

When asked to clarify if that process was automated Norai confirmed that it was not:

“Yeah, if they said this is: ‘Pro-Trump’ I don’t want it because it offends me, this, that. And I say I banned this whole thing, and it goes over here and they are like, ‘Oh you know what? I don’t like it too. You know what? Mo’s right, let’s go, let’s carry on, what’s next?’”

“A lot of unwritten rules, and being that we’re in San Francisco, we’re in California, very liberal, a very blue state. You had to be… I mean as a company you can’t really say it because it would make you look bad, but behind closed doors are lots of rules.”

“There was, I would say… Twitter was probably about 90% Anti-Trump, maybe 99% Anti-Trump.”

“Yeah you look for Trump, or America, and you have like five thousand keywords to describe a redneck. Then you look and parse all the messages, all the pictures, and then you look for stuff that matches that stuff….I would say majority of it are for Republicans.”