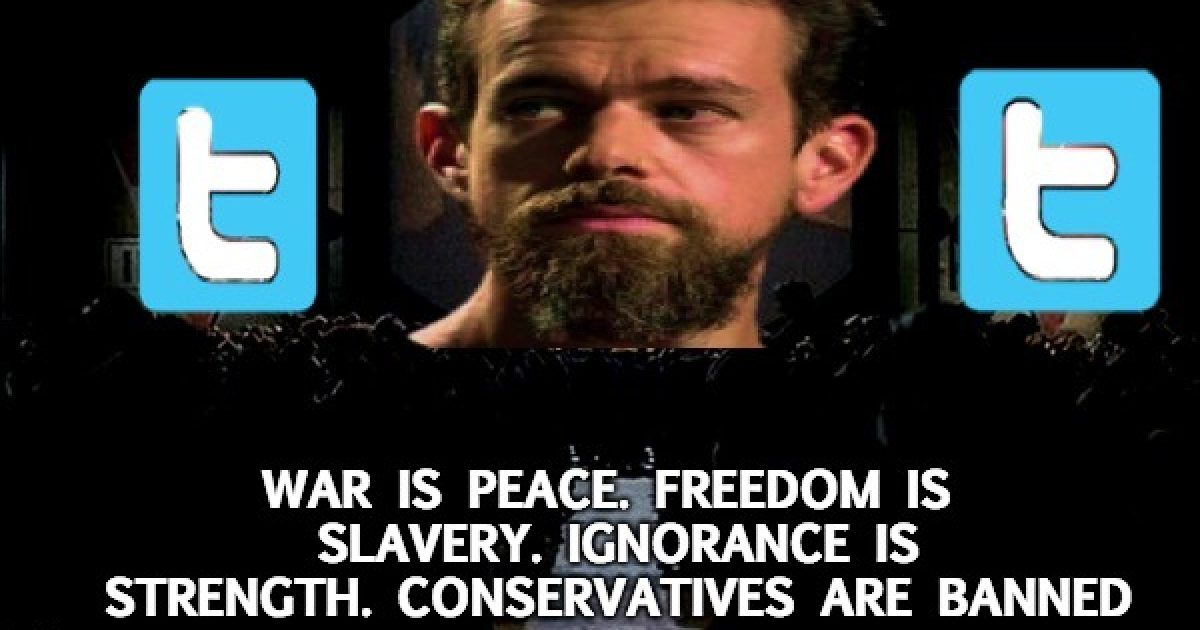 At approximately 9 pm eastern on October 2, ten conservative twitter accounts owned by ten different entities were suspended by Twitter.  When the account owners contacted Twitter to get the details of what they supposedly did wrong and appeal the punishment,  no reason was provided. Instead,  the “bluebirds of punishment” sent them notices that they were permanently banned.

Eight of the accounts booted by twitter were connected to websites; two were personal accounts:

The suspension notices were sent to their owner’s emails at the same time., Below is one example: 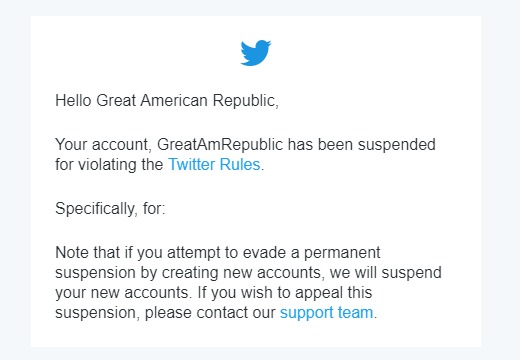 Read the email carefully, do you notice that after the support team email says “Specifically, for” there is a blanks space?

In other words, they were suspended for violating Twitter rules but apparently, which particular rules are not for their consumption. Perhaps those roles are kept a safe with the formula for Coca-Cola, and Col. Sanders chicken recipe.

None of the accounts or the websites are particularly controversial. Perhaps Twitter wouldn’t tell them why they were banned because the only Twitter rule violated was breathing oxygen while conservative.

But still, these ten accounts soldiered on; they contacted Twitter support to ask why and appeal their suspension.  The below is an example of Twitter support’s response: 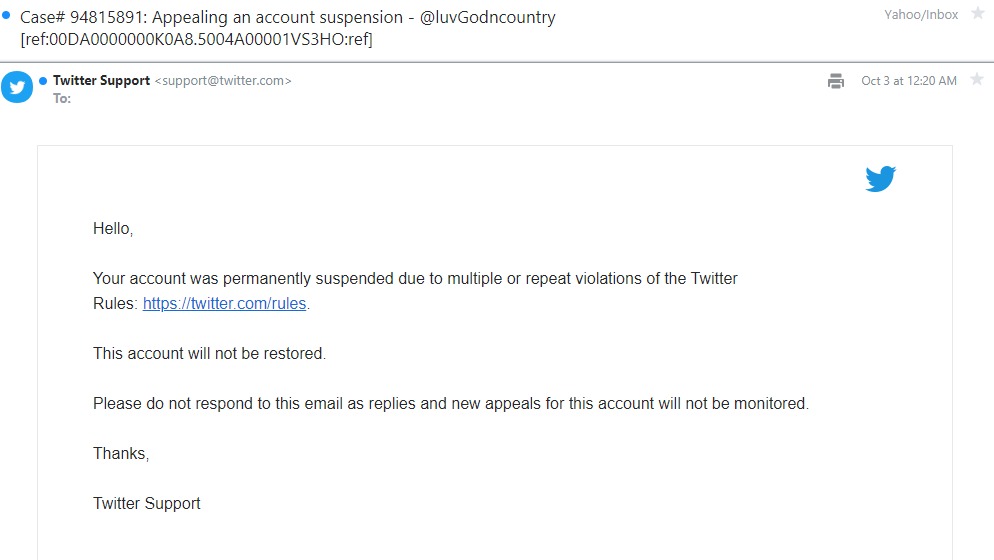 Translating their response into English, “We’re not going to tell you and because you asked you are permanently banned.”

Here’s the real truth, they didn’t have time to repeat. The person who owns @luvGodnCountry told me that as soon as she received the suspension notice, she appealed. Precisely four seconds after she filled out the form below and sent it to Twitter the second notice appeared telling her that she was forever banned. 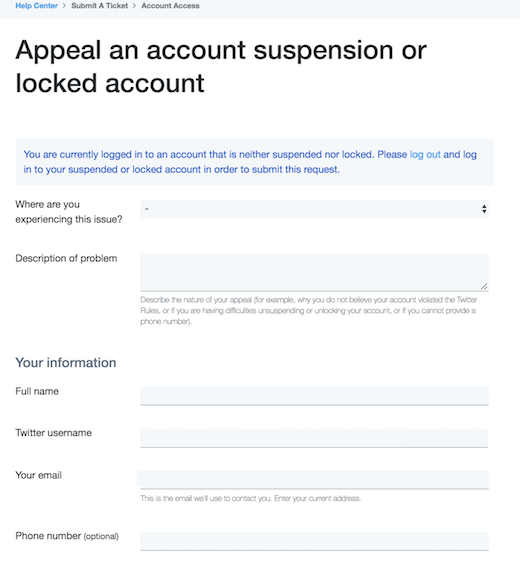 Some of you may remember a story posted here about a professor from Georgetown University who tweeted:

Look at thus chorus of entitled white men justifying a serial rapist’s arrogated entitlement.
All of them deserve miserable deaths while feminists laugh as they take their last gasps. Bonus: we castrate their corpses and feed them to swine? Yes. https://t.co/tT7Igu157y

Do you want to be fed only one side of each story? With censorship such as this, Jack Dorsey’s social media company is controlling the information you get, preventing you from making your own intelligent decision by limiting the data you have to consider.

Everyone, both conservative or liberal should be concerned. It’s like the novel 1984. Twitter (and Facebook too) is acting like Oceania, in this case, ruled by liberalism. They have become like the “Thought Police,” persecuting anyone who exhibits independent thinking outside their particular point of view.

Don’t start screaming about the First Amendment they are privately owned and aren’t beholden to those free speech provisions.

A few weeks ago the head of Twitter Jack Dorsey, was interviewed by CNN’s Brian Stelter:

“We do not look at content with regards to political viewpoint or ideology,” @Jack told me. But he knows some people do not believe him. “I think we need to constantly show that we are not adding our own bias, which I fully admit is left, is more left-leaning,” he says… pic.twitter.com/1i8jJunhfz

Hey Jack, do you know why people don’t believe you? Because it’s not true! And the ten accounts your people booted out of Twitter on Tuesday is proof.

Liberals might ask “why should I care?”  Well, my big government friends, one day a conservative will invent the next big social media thing. And you will be the censored ones. You will have to work twice as hard to promote your websites or have a conversation with a friend from a distant country outside America (like California). You will have to work harder because while the facts you present are truthful, the opinions expressed but do not agree with the social media’s senior management.