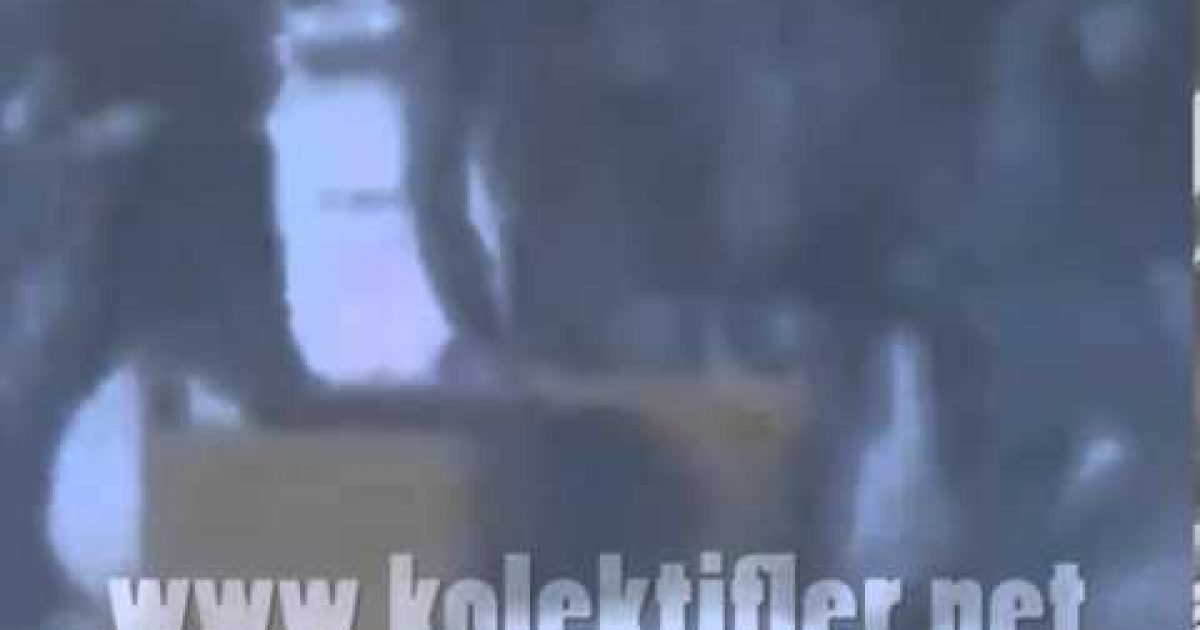 [The Executioner removes the Mad Hatter’s hat in preparation for beheading him]
The Mad Hatter: “I’d like to keep it on.”
Executioner: “Suit yourself. As long as I can get at your neck.”
–Lewis Carroll, “Alice in Wonderland”

A fascinating article on Islamism in Turkey that also reflects on the situation in Arabic-speaking countries has been written by Soner Cagaptay, director of the Washington Institute for Near East Policy’s Turkish research program. I’m a fan of his analysis so nothing in the following article should be taken as criticism but rather as an exploration of his article’s themes.

There’s also a very interesting parallel here with domestic events in the United States. But first, Cagaptay’s theme is as follows:

–There are strong limits on how far Islamism can go in Turkey.

–The Arabic-speaking states are very different from Turkey in lacking a strong secularist (or at least anti-Islamist) sector that is deeply embedded in the country’s culture and history.

I think he is right on both points but let’s look more into the details.

First, on Turkey itself. Cagaptay’s article was prompted by a personal experience in Istanbul. In a café he saw a group of Salafists, who had just finished prayers in a near-by mosque, interact politely with a waitress who had tattoos and wore a short-sleeved shirt. He writes that in both words and body language one could see there were no real “tensions between the two opposing visions of Turkey brought into close encounter for me to witness.”

He continues that while “Turkey’s two halves…may not blend, neither will [either one] disappear. Turkey’s Islamization is a fact, but so is secular and Westernized Turkey.” After a decade of Islamist rule—I should note here that few Western experts, journalists, or political leaders acknowledge or understand that the regime ruling Turkey is Islamist in a real sense—there has been, “a rising tide of Islamization in Turkey.” He mentions a recent law that mandates teaching Islam in public schools and a shift in Turkey’s professed identity from European to being Muslim and Middle Eastern.

But, Cagaptay adds, there are limits in a country “so thoroughly westernized that even the AKP and its Islamist elites cannot escape trappings of their Western mold.” As examples he cites the role of women and Turkey’s membership in NATO. He explains that “Turkey’s Islamization is meeting its match” because, for example, there was a consensus that Turkey deploy NATO Patriot missiles on its territory to defend itself from a possible attack by Syria. “The Turks have lived with NATO too long to think outside of its box.”

Now there is no question that in the broader sense Cagaptay is correct. Turkey is not going to be another Saudi Arabia or Iran. And yet beside that glass is half-full argument is a shocking glass is half-empty counterpart. As Cagaptay notes, Islamist or semi-Islamist parties received 65 percent of the vote in the 2011 elections. That means, he continues:

“35 percent of the population, totaling twenty-five million people, did not vote for the [Islamist regime]. These voters stand for secularism, and they will never buy into the religious movement in Turkey. This block will constitute the domestic limitation of Turkey’s Islamization. After ten years in power, and likely to run the country for another term with a humming economy boosting its support, the AKP is making Turkey in its own image. But the new Turkey will have a uniquely distinct flavor: a bit Islamist, a bit secularist, a bit conservative, and a bit Western.”

Absolutely true. And yet who would have believed twenty years ago that about two-thirds of the people would vote for Islamist candidates, even after a decade of Islamist rule? Will that 35 percent ever be able to get the Islamists out of power and reverse the process? And what about the process itself? Revolutions, even quiet ones, keep on going. Will 35 percent of the nine-year-olds now likely to get Islamic teaching (which may well amount to Islamist indoctrination) vote for secular parties when they grow up?

And doesn’t much of Turkish foreign policy on regional issues under the AKP look like Iran or Egypt today? The attitude toward Israel, Iran (despite competition in Syria), the Muslim Brotherhood, Hamas, and Hizballah are all in line with an assessment of it as a radical Islamist policy.

And how real is the current regime’s commitment to democracy? Not that much deeper than that of the Muslim Brotherhood in Egypt. Prime Minister Erdogan’s latest remarks have stirred a controversy in Turkey but haven’t even been reported in the West. In a speech in Konya, Erdogan said: “Separation of powers is hindering service to the people. We have to do something about it.” In other words, having now laid the foundation for beginning the Islamizing of the courts, he’s now going to go after parliament.

And what about the patronage enjoyed by Islamist leaders? For example, I’m told that men working for the government know now that they are more likely to be promoted if their wives wear “Islamic clothing.” Companies know they are more likely to get government contracts if they toe the line. Once Islamists are permanently in power—even if they have to face elections—the transformation of the country continues.

When Islamists–like Communists, fascists, or Arab nationalists, reach a certain level of power their behavior becomes more authoritarian. Let me tell an anecdote. A friend of mine who fits the profile of a left-secularist Turk has energetically argued with me in conversation that the current Turkish regime is not really threatening to transform the country. But he told me that the nanny for his children, though secular, must wear “Islamic clothing” when she goes to work because otherwise she might be physically assaulted in her neighborhood. I have heard journalists talk in private about how scared they are to offend the regime, though some still do speak their conscience in very loud voices.

Thus, the fact that there will still be a lot of secular people in Turkey doesn’t mean things will remain static. And having about one-third of the population on your side is cold comfort indeed in a democratic state when those people’s votes don’t really count in writing laws, choosing judges, and determining school curricula.

This is where an interesting comparison to the United States comes in. Within Turkey, while under pressure and sometimes even intimidation, much of the mass media and universities are still in the hands of opposition forces. There are campaigns and themes leading to more Islamist attitudes. But by way of comparison, in the United States those two institutions are overwhelmingly in the hands of the pro-government left. This institutional control has gradually led to a remarkable change in popular attitudes that may end up enshrining the left in power for a long time to come. Other views will certainly not disappear in America. But, again, how important is that when the power to set law and customs resides in the hands of one side?

So, yes, Turkey will remain in large part a secular country but that will not determine public or foreign policy. As for NATO, the Turkish regime is accepting NATO support in order to promote an Islamist regime in Syria. Let’s also remember that the revolutionaries in Libya accepted NATO backing and those in Syria would quickly do so if it were available. Both of these groups include large Islamist elements.

As for Cagaptay’s second argument, he writes:

“Countries such as Egypt lack Turkey’s institutional westernization experience and constitutionally-mandated secular heritage, and are therefore more susceptible to thorough Islamization. In Turkey, Islamization will be tempered by the unique heritage of institutional and structural westernization. This has ushered in a blend of Western ways and Islamist politics — a first anywhere in the world.”

True. But this makes me think of two Arab countries with a somewhat similar profile, Tunisia and Lebanon. Both countries are ruled by Islamists, the former by the Muslim Brotherhood, the latter largely by Hizballah. They might also be seen as blends. Even in Egypt, the secularists will not disappear. Yet they, too, are likely to be powerless. In Egypt’s presidential election, only 52 percent voted for the Muslim Brotherhood in the second round. Even in the first round the Islamist candidates got around two-thirds, the same as in Turkey’s election.

The point is that if a radical movement seizes control of the state, even by elections, and can hold it for a very long time, it can fundamentally transform policies and foreign policy. If they stay in power long enough they might even change the country’s political culture. If a minority of secularists remain but, for example, are also intimidated by threats and encouraged to conform by the offer of government benefits, it’s still a revolution.

Turkey will remain Turkey; Egypt, Egypt; Lebanon, Lebanon; and so on. But they will nevertheless be very different for their own people, pose tremendous challenges for Western interests, and basically change the nature of the Middle East.

Incidentally, Erdogan recently unleashed his police on the students of the Middle East Technical University (METU) in Ankara where I once spent a very enjoyable semester teaching. No previous government in Turkey could have gotten away with such a violent action against students not threatening any violence. See here, here and here

And for the best article about the struggle for power between Islamists and moderates in Tunisia, see this superb article by Bruce Maddy-Weitzman here. He concludes:

“Tunisia’s political and economic prospects, and with it the secular-Islamist partnership which had guided Tunisia for nearly a year, appeared increasingly fragile. To be sure, the underlying rationale that had resulted in the partnership still existed. The fact that Tunisia’s primary Islamist movement was relatively “soft”, in comparison to sister movements elsewhere, had rendered it more amenable to cooperating with secular forces. Tunisia’s fragmented secular camp, while certainly militant in its desire to protect the Bourguiba-modernist legacy and suspicious of the Islamists, was similarly desirous of avoiding a ruinous confrontation with the Islamists which would destabilize the country beyond repair. Tunisia’s neighbors, in this case Egypt and Libya, continued to provide examples of what to avoid.

But the public sphere appeared increasingly polarized, and the way forward in the process of institution-building appeared murky, which did not bode well for the future. Tunisia had made important strides in its democratization experiment but, as with all such cases, there was no guarantee that it would culminate in a functioning, institutionalized democracy. Olivier Roy’s argument that Arabs can become democrats without becoming secularists or liberals, and that, indeed, the new context of Arab society is mandating exactly such a circumstance, may well apply in Tunisia. But it will hardly be a democracy that the country’s secular-Left camp will find easy to digest, let alone be enthralled with, thus ensuring that Tunisia’s political life will be messy and contentious for years to come.

Barry Rubin is director of the Global Research in International Affairs (GLORIA) Center and editor of the Middle East Review of International Affairs (MERIA) Journal. His latest book, Israel: An Introduction, has just been published by Yale University Press. Other recent books include The Israel-Arab Reader (seventh edition), The Long War for Freedom: The Arab Struggle for Democracy in the Middle East (Wiley), and The Truth About Syria (Palgrave-Macmillan). The website of the GLORIA Center and of his blog, Rubin Reports. His original articles are published at PJMedia.

They Didn’t Even Give Joe Biden One Day Before They Started Rioting… (Video)
January 21st, 2021 Sons of Liberty Media

CRITICAL RACE THEORY: How This Guy Is Leading The Fight Against It
January 21st, 2021 Clash Daily