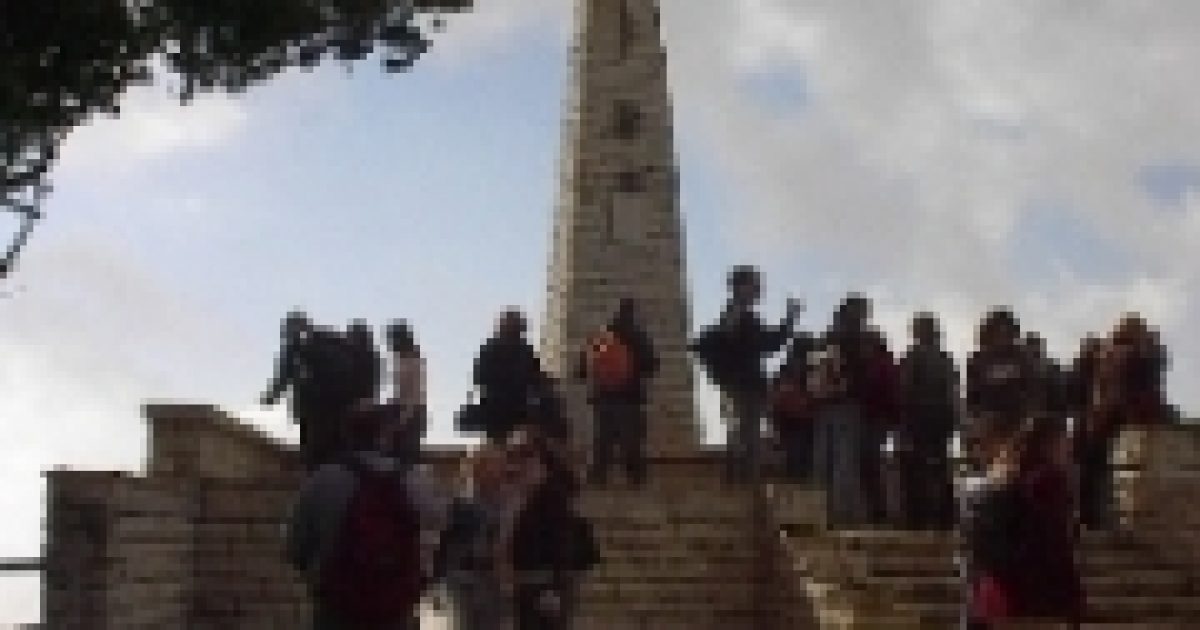 Tsvat is city in Israel where you feel the presence of God more than anywhere else with the exception of course, of Jerusalem. It is an intimate city, tiny stone-lined streets will little shops and with and people calling out of them offering the best buy in all the land. It seems that everywhere you go in Tsvat there is an ancient shul where some great Rabbi used to teach or study. You can never imagine a war being waged in this holy city, but the fact is that intense battles were fought in Tsvat during Israel’s war of independence. It was only by the grace of God and the use of “nuclear bombs” was the city saved:

Safed Liberation DayIn 1948 the Jews of Tsfat (Safed) were outnumbered by Arabs ten to one. The security situation was touch-and-go throughout the early months of the year. Syria supported the Arabs, and the British attempted to foil Jewish military efforts. As the War of Independence approached, both the Arab forces and the Jewish forces declared that Tsfat would be their “Capitol of the North.” Indeed, one of the biggest battles of the war was fought in Tsfat.

Outgunned and outmanned, the Tsfat Jews nevertheless refused to evacuate the city when the departing British advised them to do so. But then, the British turned over all the high points of the city to the Arabs and then, as the British Mandate ended, left the country. On April 16, the British evacuated Tsfat, and the two opponents stood face to face in open war. The city’s population then was about 1500 Jews and 12,000 Arabs with another 40,000 Arabs settled in the surrounding area. The Jewish community was so obviously outnumbered that the British Governor “generously” offered them safe conduct from the city, giving them an hour to pack. Trucks lined up in front of the police station, but the Jews elected to remain. The Jewish residents of the city were largely elderly religious people. When the war broke out, there were 221 Jews of fighting age, with an additional 136 who were brought in to augment their numbers. 10,700 Arab soldiers were deployed to meet them. Yet, the Jews stood their ground, even in the face of severe food shortages. Tsfat civilians huddled in their homes as the battles raged day after day, When the small contingent of Palmach fighters sent to help defend the residents and liberate the city were able to surreptitiously enter the town late one Friday night, the then chief rabbi of Tsfat, Rabbi Avraham Zeida Heller, ordered the congregants in shul the next morning to go home and cook for the ravenous fighters on that Shabbat Day. Although very little food was available because of the Arab blockade, they were able to use the flour of the matzah bakery (today the Nahalat Naftali Yeshiva and Kollel) that remained from Passover.

The religious community also helped to fortify the Jewish quarter that Shabbat day, with the Rabbi insisting on donning his Shabbat clothes before joining in the defense.

(Yisrael Shalem of blessed memory, the dean of all Tsfat tour guides, used to posit to Ascent groups that this unity and mutual love and respect between the religious and non-religious Jews was a major merit leading to the miraculous victory. -yt) 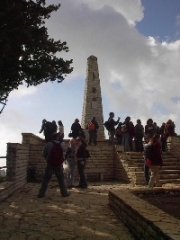 On May 6, 1948, Jewish forces advanced along the steep winding road to reach the strategic stronghold of Matzuda, the peak used as a fortified citadel since Second Temple times (at least!). On the way they captured the school building (today the site of the Ron Hotel), which the British had forced the Jews to abandon and then transferred to the Arabs. When their attack of the peak failed, the force withdrew to the school. For a day they were trapped in the building, unable to retreat the few yards back to the hospital (where the Bar Ilan campus is today) until the following night. In response to the abortive offensive, the Arabs brought reinforcements to Tsfat, positioned artillery on Mount Meron, and began to bombard the Jewish Quarter.Tsfat’s Jewish population was much worse off for the bungled attack. More ominously, Jewish intelligence sources learned that the Mufti of Jerusalem, then in Lebanon, meant to launch an attack on May 11 and establish Tsfat as his temporary capital until he conquered Jerusalem. New plans were drawn up and four days later (May 10) the Jews launched an attack on three Arab positions: the Canaan and Jerusalem Street police stations and the citadel. The Jews ran up this road, again meeting heavy resistance. This time armed with a light bazooka, they took the citadel. 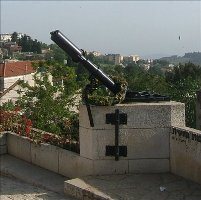 That same night Tsfat’s entire Arab population suddenly fled the city. Why? An old Czech artillery piece, renamed the Davidka, frightened the Arab population of the city with its tremendous noise. Although it made more noise than damage, the Davidka is given credit for scaring the Arab population and fighters into leaving. Due to an unusual rain shower that began shortly after the cannon blast -how often does it rain in Israel in May?– the Arabs became convinced that the Jews had acquired the atom bomb and the rain was the radioactive fallout. So they fled the city entirely, Arab civilians and soldiers alike, in pure panic, in the midst of a battle in which they had the upper hand. A miracle! (One which bears striking similarities to the one described in the Prophets [II Kings 7:3-20, also the haftorah for the weekly reading of Metzora] of the Syrian abandonment of their siege of Shomron (Samaria). – yt)

Yisrael Shalem also used to say that he spoke to the old people of Tsfat, who told him that before the riots of 1929, the Jews and Arabs of Tsfat had enjoyed good relations, and had even known each other well through their contacts at the weekly marketplace.

During the war, at the end of each day’s battles, the old ladies of the town, who knew each other from before 1929, would come to “no man’s land” which separated the Jewish and Arab quarters, and call to each other — the Jews in Arabic, and the Arabs in Yiddish!

After the Davidka was fired off, the Arab women called to the Jews, “Vos is dos?” to which one Jewish lady sarcastically replied, “We have the atom bomb”.

When it rained unexpectedly that night, the Jewish commanders started the rumor that “everyone knows that it always rains after an atom blast” and with that, the Arab forces and civilians fled, and by the morning of May 11, Tsfat was free. Thus, five days before the State of Israel was proclaimed, Tsfat was liberated. Since then, the 30th day of the Jewish month of Nissan, which is also the first day of Rosh Chodesh for the succeeding month of Iyar, has been joyfully celebrated by its citizens as Safed Independence Day.~~~~~~~~~~~
Adapted by Yerachmiel Tilles from 1) Safed, Six Self -Guided Tours by Yisrael and Phyllis Shalem; 2) www.tzfat.bravehost.com; 3) www.zefat.net; 4) Safed the Mystical City by Dovid Rossof; and 5) oral Tsfat history

SNAG! Israel Fools Hamas Into Fleeing Inside Tunnel Network Then Bombs Them To Bits
May 14th, 2021 The Lid

Illinois: Cops Claim Ashes Of Dad’s Murdered Daughter Is Meth – Dump Them On The Ground (Video)
May 14th, 2021 Sons of Liberty Media