We Should DEMAND These People Keep Their Promise To America 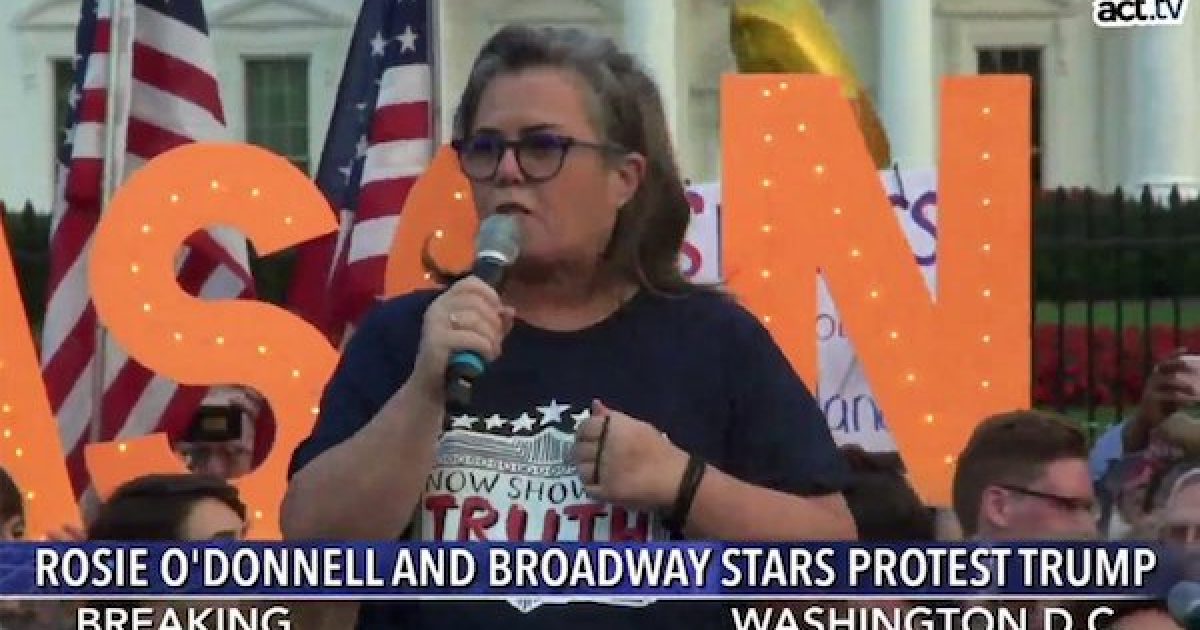 Bragging about leading a protest of Broadway Stars in front of the White House, Rosie O’ Donnell was all over the news earlier this week, taking the opportunity to trash President Trump. Rosie spewed hateful falsehoods such as the election was stolen, so Trump wasn’t legitimate, that he is loathed in America and other lies. But after the first ten times a Rosie clip flashed before my eyes, I remembered that the NY Daily News reported in April 2016 that Rosie O’Donnell promised that she’d be moving to Canada if Trump were elected,

Why am I watching this clip then? Why is Rosie O’ Donnell protesting in front of the White House, shouldn’t she be visiting the Ontario Science center or something? Why the hell is she still in this country? She Promised to leave!

One thought led to another, and suddenly my brain was filled with people who made promises similar to that of Rosie.

It wasn’t a primary reason,  but one of the reasons I decided to vote for Donald Trump was to improve the gene pool of the United States. Not because of some evil eugenics program, that’s what Planned Parenthood was created,.A Trump victory would improve the American gene pool because of an exodus of celebrities who have this insane idea that we give a rat’s tuchas about their political opinion. These are people whose performance contracts include items like M&Ms in their dressing rooms with all the colors taken out except the red ones, or rose petals in the green room toilets, or vegetarian soup served on set (because meaty soups make people fart). Hey, Celebs we don’t care what you think, we just want you to keep your promise.  Trump won the election over twenty-one months ago, and these arrogant liberal celebrities are still in America and still pontificating—GET OUT ALREADY!

Come on, don’t tell me you celebs were just teasing. Keep your promises get the hell out of America! You know who I am talking to:

Chelsea Handler said she’d go to Spain. What has she ever done besides post pictures of her breasts on the internet? The web is worldwide– she can parade her boobs overseas. Maybe she wants to compare her upper body to Gibraltar. But it would be more realistic if her brain was compared to a rock.

Comedian Amy Schumer also said she wants to go to Spain. She may have to sneak in though, those topless pictures she posted may motivate men in Spain to have her banned,

Lena Dunham promised she would go to Vancouver, Canada. I’ve been there, it’s a beautiful city.  Why does she hate them enough to spoil their serenity.? I’m sure Canada doesn’t want her. Maybe she can go to Mexico before Trump builds his wall. But she better be careful, their illegal immigration laws are draconian.

Samuel L. Jackson will go to South Africa. As a fan of Marvel Superhero movies, this one upset me at first because I love his portrayal of Nick Fury (I also enjoy his wonderful YouTube reading of the children’s book, “Go The F**k To Sleep’). However, those Marvel movies are overseas anyway so it doesn’t matter where he lives. Besides in the last Avengers movie he had barely more than a cameo.  Say goodbye Samuel. Oh and Sammy,  when you fly to South Africa make sure there are no “mother-effing snakes on the mother-effing plane.”

Whoopi Goldberg, co-host of the “The View,” said if the country elects Trump, “maybe it’s time for me to move, you know. I can afford to go.” Come on Whoopi you can afford to live anywhere.  I have an idea. Why not move to one of the Gulf States like Saudi Arabia or Iran.  I understand they are very welcoming to people with the last name of Goldberg.

Cher says she is going to Jupiter. Cool that will be fun to watch, I  bet she can get Science Channel to sponsor her trip as part of their program “The Planets and Beyond.”  Check that, with all the work she has had done on herself, ” Engineering Disasters” would be more appropriate.

Hispanic comedian George Lopez proved himself to be a real patriot. He said we “won’t have to worry about immigration” if he [Trump] takes the White House because “we’ll all go back.” What a lovely man he is–volunteering to leave. But George why are you are still here?

Zosia Mamet of the TV show “Girls” said if Donald Trump won she would move to Siberia. Hey, Zosia, I understand there is YUGE winter coats sale at Marshalls. Go buy a good one and go keep your promise.

Al Sharpton professional bigot, race baiter, and anti-Semite said he’s “reserving my ticket out of here if [Trump] wins.” You know something Al in honor of the two anti-Semitic riots you led in New York City, if you promise never to come back,  I will pay for your ticket. I will even pin my yarmulke back on and see you off. Your last view of America will be me serenading you as you board the plane. I’ll be singing “נה, נה, נה., נה , נה, נה, נה. היי, היי, היי שלום,” which is Hebrew for Na, na, na, na. Na, na, na, na. Hey, Hey, Goodbye.”

Barbra Streisand said she is going to Australia or Canada. Her arrogant liberal pontification surpassed any appreciation for her singing talent a long time ago. The only question is can somebody so full of herself fit on an airplane? “Hey, Babs Buh-bye.”

Ruth Bader Ginsburg, Supreme Court Justice, said she would be moving to New Zealand. She is so helpful, that’s one less Justice who wants to be a legislator instead of a Justice, and one more Trump can replace. But Ruthie last month you said you had at least five more years on the court…were you lying about New Zealand? It’s not nice when a Supreme Court Judge Lies.

Stephen King: In an interview with The Washington Post two months before the election author Stephen King said he’d move to Canada if Trump became president. Stephen, make the move now!  It’s been decades since you wrote a book that didn’t seem like every other book you’ve written. Maybe a change of scenery will revive your imagination.

Alec Baldwin many people will celebrate this talent-less bully moving out of the country.  His only memorable acting role was in Glengarry Glen Ross. But after that brilliant performance, he seemed to rest on his laurels when he wasn’t bullying entertainment reporters. Even his SNL Trump imitation sucks.   Hey, Alec doesn’t expect them to give you coffee on the airplane. Remember what you said to Jack Lemmon “Coffee is for Closers.”

“Man Men,” actress Elisabeth Moss told Vaniity Fair where she would move if Donald Trump became president and she said, “I always wanted to live in Italy so that might be a good time.” Please, folks, don’t tell Ms. Moss that Italy agrees with President Trump on the Issue of Illegal immigration. Oh yes, Liz, you will love Italy.

Well,  what do you say folks?  No one forced you to make the promise, but you made it. Stop teasing America. Keep your vow and “get the hell out of Dodge.”