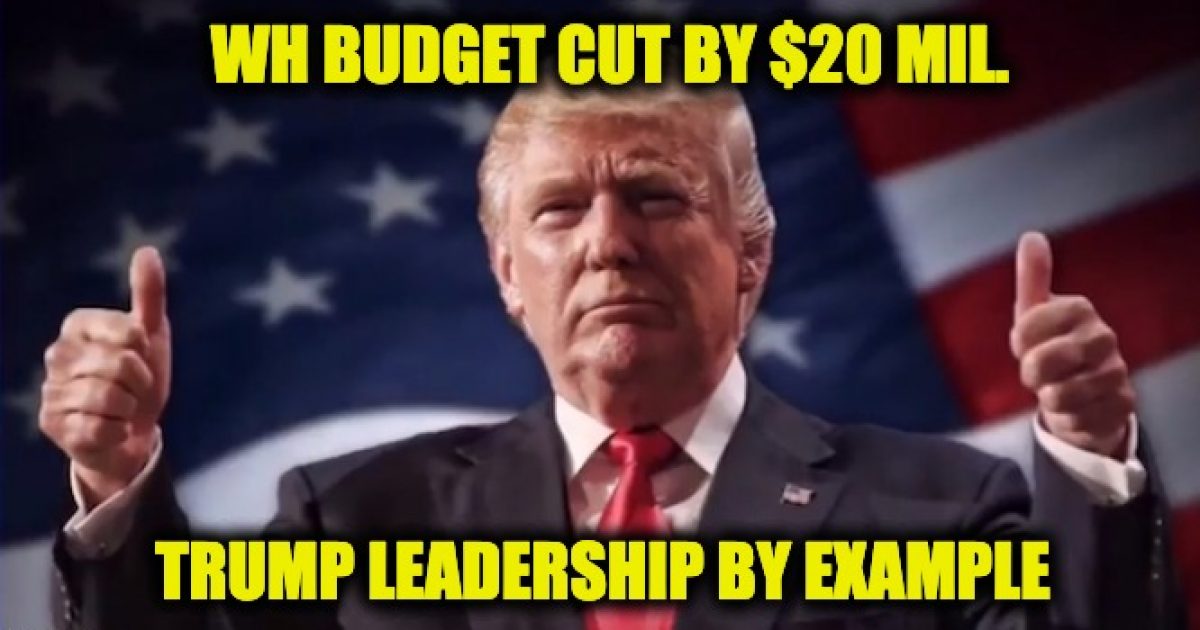 True to his promise, President Donald Trump has slashed the budget for the White House by nearly $20 million so far during his first term and leading by example in hopes that all federal agencies will follow suit.

In 2017, the Washington watchdog group OpenTheBooks.com forecasted a $22 million four-year savings. So far, with all three of Trump first years in office, the White House budget has come in under the Obama years, the group wrote at Forbes.

Trump’s White House payroll has been a leading indicator of his commitment to “do more, with less.” In the first few weeks of his presidency, Trump issued an order mandating an executive agency hiring freeze. Trump asked his agency heads to “seek efficient use of existing personnel and funds to improve public services…”

“The payroll discounts come from Trump’s refusal to take a salary, as well as big reductions in other areas including the absence of czars, expensive ‘fellows,’ and spending on First Lady of The United States (FLOTUS) staff,” the group reported.

There are 36 fewer employees on the White House staff under Trump than under Obama at this point in their respective presidencies. (In 2011, Obama had 454 employees for $37.1 million – adjusted for inflation, the payroll cost $42.2 million.)

Twelve staffers are dedicated to the First Lady of the United States (FLOTUS). In 2009, First Lady Michelle Obama paid her 24 staffers $1.6 million collectively.

The comparison to the Obama payroll budgets is stark:

Over the past 12 months, Trump added an additional 44 employees to the White House staff. Last year, the president employed 374 staffers, and we applauded the president’s frugality in our editorial at Forbes.

This year, not only did the president add employees, but his total payroll increased from $35.2 million to $41.3 million. In FY2015, Barack Obama’s payroll was much larger: $40.9 million ($44.2 million, adjusted for inflation) with 476 staffers

The group concludes saying, “Although the White House personnel budget is an infinitesimal part of the $3.9 trillion federal budget, it is an important forecasting indicator showing Trump’s deep commitment to cut the size, scope, and power of the federal government and reign in waste.”