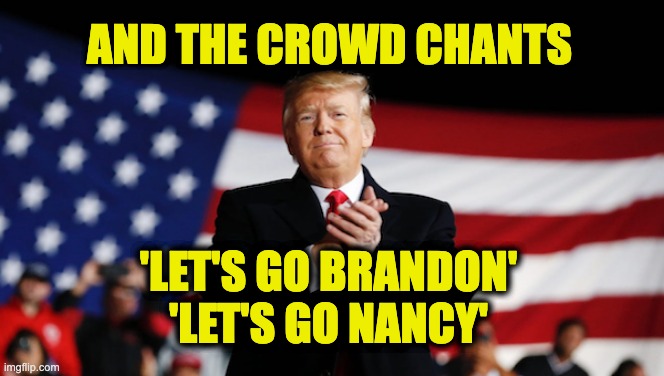 Facebook Twitter Flipboard
We have long wondered if and when the Pelosi select committee investigating the January 6th Capitol riot was going to reach into the former White House for their witch hunt and, ultimately, if this would ever actually work.

Now, in a rather forceful rebuke of the allegedly partisan probe, former President Donald Trump is putting his foot down and claiming “executive privilege,”…and he’s instructing others to do the same.

Former President Donald Trump will use executive privilege to block subpoenas from the House committee investigating the storming of the U.S. Capitol building, a new report says.

The subpoenas, issued Sept. 23, have a Thursday deadline to comply or face “criminal referrals.” Trump will instead invoke executive privilege, a power he retains over events that occurred during his administration despite leaving office, to protect a handful of former aides from divulging information about Jan. 6, Grant Stinchfield from Newsmax reported Wednesday.

“He is going to invoke executive privilege, and that means that people like Chief of Staff Mark Meadows; Dan Scavino, a top adviser; and Kash Patel, another top adviser, will not be able to comply with these subpoenas coming from the Jan. 6 commission,” Stinchfield said. “This is what you get with President Trump. You get a man who fights back. That’s what we love about President Trump, and he’s sticking it to these people trying to go after him.”

And while liberals on Twitter were having a meltdown, claiming that former Presidents cannot claim such privilege, there is precedent.

Thankfully, it seems as though the Democratic effort to falsely paint Trump as the inciter of the Capitol riot is doomed to fail yet again.  But it is still not over because President Trump is still living rent-free in nasty Nancy Pelosi’s head.