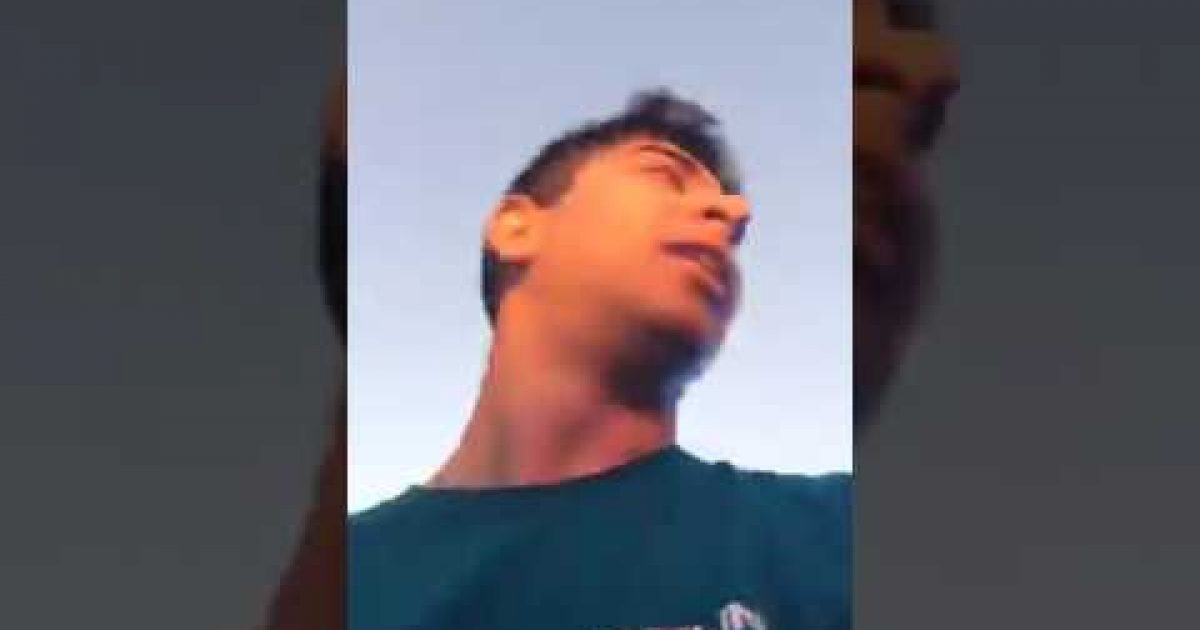 This is definitely not a story that will be run on the national media. The media will want to stay as far away from this as possible.

Here’s the part that’s all over the news. It all started when an unarmed black man Alfred Okwera Olango was shot and killed by police in El Cajon, California. What police thought was a gun was actually a vape smoking device. But the man – who was described as being mentally ill – had grasped the smoking device and pointed it at the police as if it were a gun.

In response, there were demonstrations held in honor of Olango.

Now, we get to the part that won’t be aired on any national media networks. Feras Jabro – a Donald Trump supporter – decided to attend the demonstration in honor of Olango. He was wearing a Donald Trump hat. That was a big mistake. I don’t know his true intentions, but I think we can all predict what happened next.

He was assaulted, kicked, pushed to the ground, and chased, even when he told everyone he was leaving. And somewhere along the way, his Trump hat was stolen. And Jabro recorded the whole thing on Periscope.

If it weren’t for the police who saw what was going on, the situation could have been much worse.

When he was rescued from the angry mob, some reporters had shown up to question him. They wanted to know why he showed up to such a rally wearing a Trump hat, as if doing so was actually an act of aggression.

Jabro responded that he had a First Amendment right to wear a Trump hat and attend the rally in honor of someone who was shot and killed. He didn’t incite anything.

He’s right, but I think he was a little naive and idealistic. Yes, he should have that First Amendment right to peacefully assemble with others for a common cause, and wear whatever hat he wants. And even liberals will champion that same right – as long as it’s something they support.

But where he shows his naivety is showing up in the middle of a mob of people who want “rights” and “equality” for themselves, but for no one else. That’s the liberal mentality. That’s just reality these days. Sure, he can argue the First Amendment all he wants, but this mob could have killed him if they got the chance. That’s how liberals operate.