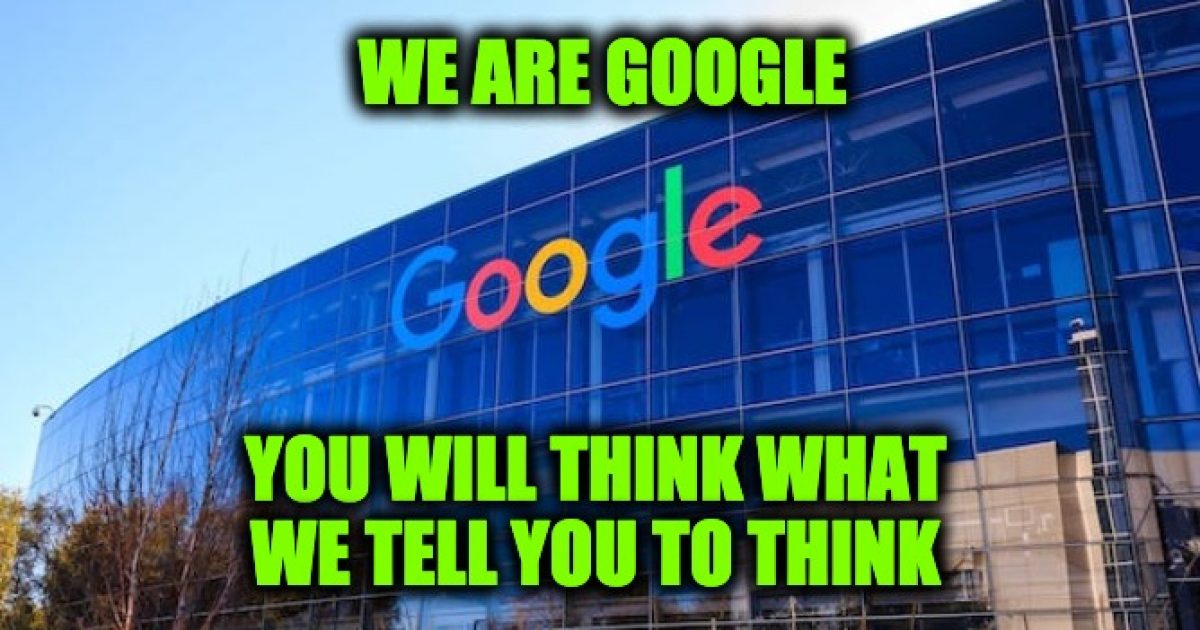 In a series of tweets on Tuesday, President Donald Trump slammed Google for interfering in American elections.

In his Tuesday tweets, Trump slammed Google CEO Sundar Pichai for lying to the president’s face in a recent meeting where Trump says the Google boss was insisting that Google is not trying to influence and alter America’s elections.

“Sundar Pichai of Google was in the Oval Office,” Trump began, “working very hard to explain how much he liked me, what a great job the Administration is doing, that Google was not involved with China’s military, that they didn’t help Crooked Hillary over me in the 2016 Election, & that they are NOT planning to illegally subvert the 2020 Election despite all that has been said to the contrary.”

Trump then noted that he was beginning to believe Pichai’s exclamations until he saw proof to the contrary.

“It all sounded good until I watched Kevin Cernekee, a Google engineer, say terrible things about what they did in 2016 and that they want to ‘Make sure that Trump losses in 2020,’” Trump added.

The president concluded saying, “Lou Dobbs stated that this is a fraud on the American public. Peter Schweizer stated with certainty that they suppressed negative stories on Hillary Clinton, and boosted negative stories on Donald Trump. All very illegal. We are watching Google very closely!”

.@sundarpichai of Google was in the Oval Office working very hard to explain how much he liked me, what a great job the Administration is doing, that Google was not involved with China’s military, that they didn’t help Crooked Hillary over me in the 2016 Election, & that they…

The Project Veritas video referenced by the president in his tweets, Tuesday, was also featured into the discussion during the TRT World broadcast and reported at this site

Binder, slammed the Project Veritas video that exposed Google, not because of what is in the video, but because it came from James O’Keefe. Essentially, all the liberal writer did was bash the source, not the content.

“The people who voted for the current president do not agree with our definition of fairness,” she further stated.  Which, of course, makes one wonder what, exactly, she thinks is “fair.”

Google, she said, is “training” their algorithms” to “prevent” 2016 from happening again.

“Elizabeth Warren is saying we should break up Google. And like, I love her but she’s very misguided, like that will not make it better it will make it worse, because all these smaller companies who don’t have the same resources that we do will be charged with preventing the next Trump situation, it’s like a small company cannot do that.”

Mitchell noted that the video was pretty straight forward. The Google exec directly said in her own words that Google is working to prevent Trump’s re-election. Granville agreed.

President Trump is right, Google has clearly set out to influence America’s electoral system to its own ideology.