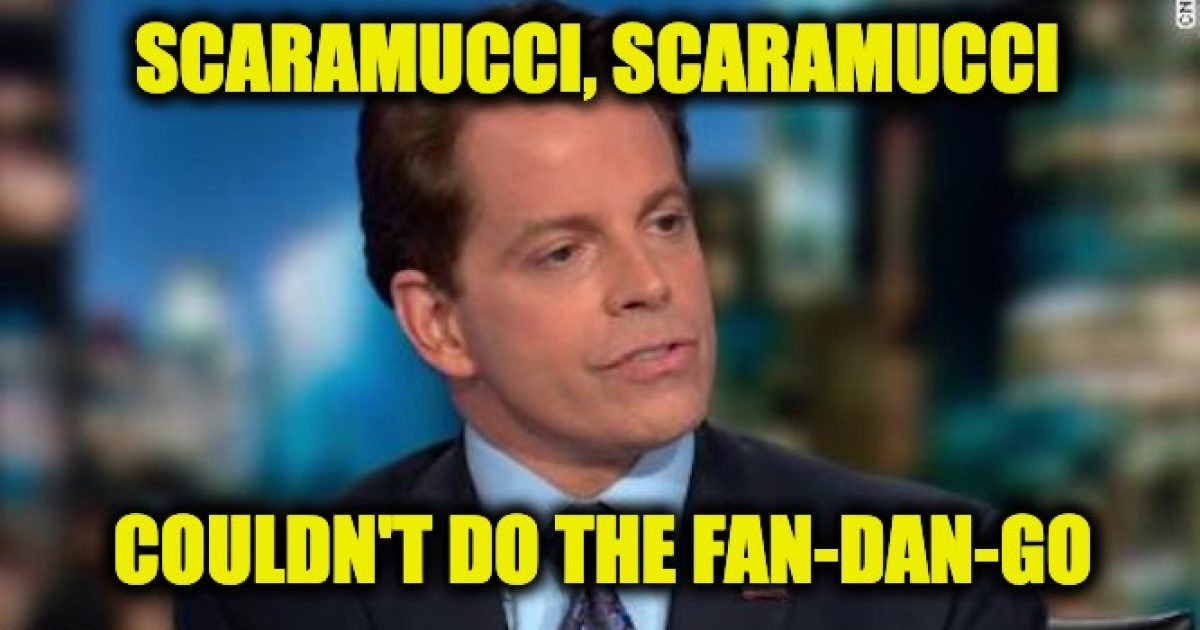 Scaramucci was Trump’s communications director for about ten minutes (11 days) before everyone agreed that he was wholly unsuited to the work. And for a while, after he left the White House after his thankfully short stint there, he was a massive supporter of the president.

But it wasn’t long before Scaramucci realized that his star had faded in the media, and so, to keep his profile up, he suddenly became a foaming-at-the-mouth anti-Trumper. Naturally, as soon as he turned against the president, all the usual suspects in the far-left, anti-Trump media suddenly fell in love with Scaramucci all over again.

Scaramucci said in a CNN interview Monday morning that he wants to find a “viable alternative” and is assembling a “team” of like-minded people toward that end. “I’ve got to get some of these former Cabinet officials in unity to speak up about it. They know it’s a crisis,” he said, predicting such a coalition would go public by the fall.

Well, it appears that the President Trump has about had it with his former communication’s director. The president went after Scaramucci in a pair of Monday tweets.

“Anthony Scaramucci is a highly unstable ‘nut job’ who was with other candidates in the primary who got shellacked, & then, unfortunately, wheedled his way into my campaign,” Trump wrote on Monday morning.

“I barely knew him until his 11 days of gross incompetence-made a fool of himself, bad on TV. Abused staff, got fired,” Trump said of Scaramucci’s ten seconds in the press office.

“He wrote a very nice book about me just recently,” Trump reminded his followers.

“Now the book is a lie? Said his wife was driving him crazy, ‘something big’ was happening with her. Getting divorced. He was a mental wreck. We didn’t want him around,” the president noted.

“Now Fake News puts him on like he was my buddy!” Trump concluded.

….got fired. Wrote a very nice book about me just recently. Now the book is a lie? Said his wife was driving him crazy, “something big” was happening with her. Getting divorced. He was a mental wreck. We didn’t want him around. Now Fake News puts him on like he was my buddy!

Scaramucci is clearly desperate to stay relevant in the media, and what better way to keep the attention on himself than switching sides? The media loves that.

My guess is he has a shelf life of a few more months, and we won’t have to hear from him anymore. The media would have invented another Trump scandal.