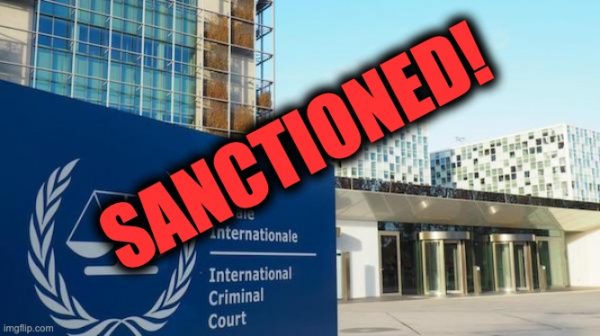 The International Criminal Court (ICC) is a politically motivated organization, which like the UN, WHO, and other international organizations operate with particular bias against the West, especially the leader of the free world, the United States. The United States is not a party to the ICC and does not recognize its authority. President Trump issued an executive order sanctioning the ICC for looking to prosecute American military heroes. Trump sanctions ICC

In 2017 the ICC started looking into alleged war crimes by the U.S. arising from counterterrorism missions in Afghanistan. But last spring, the Pre-Trial Chamber unanimously rejected the prosecutor’s request to open the investigation. But in March, the Appeals Chamber overturned that sound judgment of the Pre-Trial Chamber and gave the prosecutor the okay to conduct the investigation. That effectively gave the prosecutor the power to go after the U.S. with abandon.

The ICC’s investigation of the U.S. is politically motivated, meant to undercut the sovereignty of America and the legitimacy of our heroic military’s efforts to give the Afghan people a chance at a better life.

This President, however, will use any means necessary to protect our citizens and our allies from unjust prosecution by the International Criminal Court. This especially means our brave military who are risking life and limb to protect innocents across the world.

With this in mind, President Trump on Thursday issued an executive order (EO) authorizing economic sanctions and visa restrictions on any ICC personnel and family members who:

The case for the President’s order was made by Secretary of State Pompeo, Defense Secretary Esper, AG Barr, and NSA O’Brien at press availability Thursday.

Secretary of State Pompeo explained at a Thursday press conference that the ICC is a politically driven corrupt organization that is “grossly ineffective,” and “highly politicized.” Pompeo explained:

The ICC cannot subject Americans to arrest, prosecution, and jail.  The U.S. is not a party to the Rome Statute that created the ICC.And even if a prosecution were to proceed, it would make a mockery of due process:There’s no requirement for unanimity for a conviction. The prosecution can rely on hearsay to obtain a conviction. There’s no real guarantee of a speedy trial. And instead of facing a jury of one’s peers, it’s a panel of judges who aren’t subject to any American accountability.(…)We cannot, we will not stand by as our people are threatened by a kangaroo court.

Pompeo finished by saying the United States polices our own:

When our own people do wrong, we lawfully punish those individuals – as rare as they are – who tarnish the reputation of our great U.S. military and our intelligence services.We hold our own accountable better than the ICC has done for the worst perpetrators of mass criminal atrocities.

Despite repeated calls for reform from our allies in the United Kingdom, Japan, Germany, and other countries, the court is ineffective, unaccountable, and is a politically motivated bureaucracy.To make matters worse, this specific investigation of American servicemen and women in Afghanistan – we have every reason to believe our adversaries [Russia] are manipulating the ICC by encouraging these allegations.  These tactics represent a blatant attempt to subvert justice and the mission of the ICC.  Further, we know that there is corruption and misconduct at the highest levels of the ICC and in the office of the prosecutor.

Attorney General Barr charged the court with being little more than a bunch political hacks:

This institution has become, in practice, little more than a political tool employed by unaccountable international elites.  These people wield this tool to manipulate and undercut the foreign policies of a democratically accountable sovereign nation and other nations, including the United States.The United States, as has been mentioned, has never consented to ICC jurisdiction.  Worse yet, we are concerned that foreign powers, like Russia, are also manipulating the ICC in pursuit of their own agenda.  The measures announced today are an important first step in holding the ICC accountable for exceeding its mandate and violating the sovereignty of the United States

Barr also suggested that ICC prosecutors may have their “hands in the till.”

The Department of Justice has received substantial, credible information that raises serious concerns about a long history of financial corruption and malfeasance at the highest levels of the office of the prosecutor.  This information calls into question the integrity of the ICC’s investigations.  This includes information going back many years about multiple matters, including recent matters, and that has, in our view, may well have a bearing on the current investigation announced by the ICC.

A constant theme by these officials was the ICC is a threat to American sovereignty. We police our own.

The United States maintains the sovereign right and obligation to properly investigate and address any of our personnel’s alleged violations of the laws of war.  We have a proven record of doing just that through an American justice system that is eminently capable of handling each case.  This includes investigating and prosecuting the alleged abuse of detainees or any other misconduct.  Ultimately, our justice system ensures that our people are held to account under the United States Constitution, not the International Criminal Court or other overreaching intergovernmental bodies.(…) “We expect information about alleged misconduct by our people to be turned over to U.S. authorities so that we can take the appropriate action, as we have consistently done so in the past.”

It also sends a message to our military heroes overseas that President Trump has their backs. He will not allow anyone to persecute them with a politically motivated bogus charge.