Trump is Right: China Is Cheating And Everyone Knows It 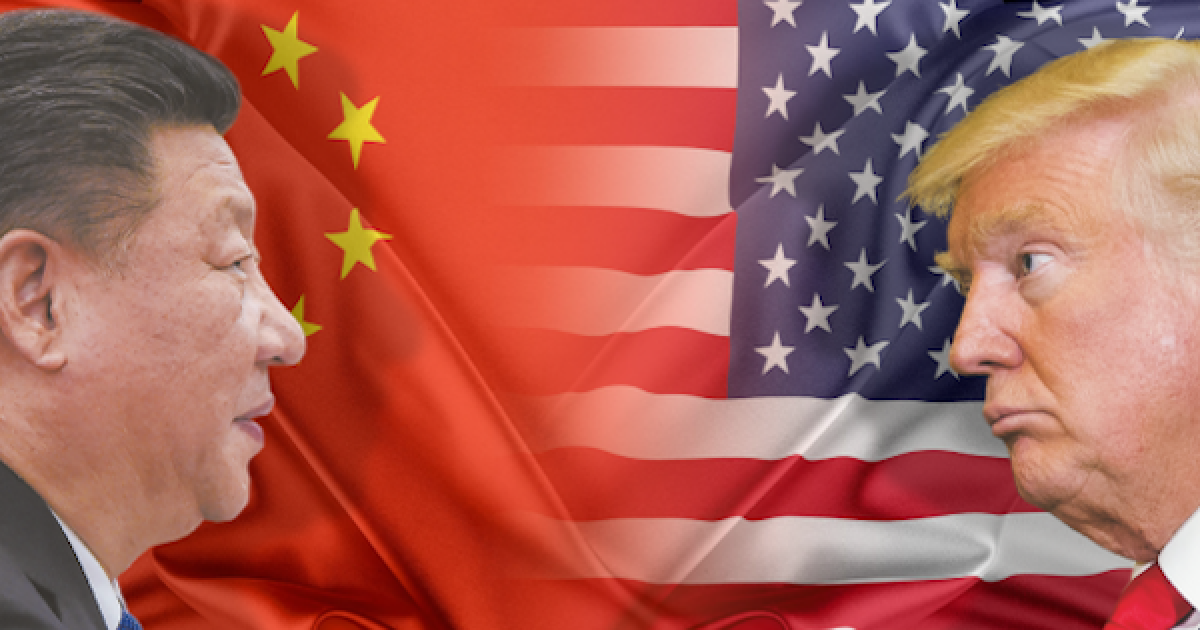 There’s a lot of concern in the media about the possibility of a coming trade war with China.

In fact, many leftwing TV personalities want to lay the growing trade friction at the feet of our President, but to do so is to ignore the facts.

The reality is that the current trade problems we face with China pre-existed President Trump, but the previous administrations chose to ignore them, while the current President has decided the time has come to confront the imbalance.

While the media may wring their hands about the possibility of a trade war, they’re missing the point… China’s been conducting a trade war against us for years.

Gordon Chang, the author of ‘The Coming Collapse of China,’ explains why President Trump is right to hold China responsible for their cheating.

President Trump’s new National Economic Council Director, Lawrence Kudlow, recently appeared on Fox News Sunday to explain why the President was standing up to China now, and attempting to force them to the trade bargaining table.

Chris Wallace: Now, you’re a market guy. The markets dropped 572 points on Friday. Clearly, there are a lot of serious investors who think there’s a real chance of a trade war.

Lawrence Kudlow: I suppose so. I mean, I know there are some jitters out there. I don’t think there’s any trade or insight. Just technically, we have taken no actions, you understand that. And even the Thursday announcement for President Trump, he asked Ambassador Lighthizer to consider additional actions.

So far, no tariffs and no action has been enacted. Point number two. I believe China’s response to the U.S. actions, which is a complaint against stealing intellectual property against forced technology transfers, I think that’s a legitimate complaint, so does the rest of the world.

But China’s response was highly unsatisfactory and I think that’s unfortunate. We do have constant communication with them, to be sure. I hope their side picks up on this. But so far, stonewalling us is not the answer. Listen —

Chris Wallace: And that’s what they’re doing is stonewalling?

Lawrence Kudlow: Basically. I mean, lots of rhetoric out there, like, you know, old communist party type stuff. The whole world, please, the whole world knows China has been violating trade laws for many years and President Trump is the guy calling them on it and he’s right to do so.

Chris Wallace: Is the president, you say he’s calling them on it. Is he bluffing or will he impose tariffs if China doesn’t change its trade practice?

Lawrence Kudlow: Look,  he’s not bluffing. I mean, there are a number of tools at his disposal.

If you talk to the president as I have, he regards himself as a free trader, all right? As do I. But his argument, and it’s a good one, you can’t have free trade, which is pro-growth around the world unless China brings down its barriers, opens up its markets and stop this technology steal that they’re doing.

And there’s the truth of the matter. On trade, China is cheating. They have been for years, and everyone knows it.

The difference between the world today and the world of last year? Donald J. Trump is President.

As the President of the United States, Trump is not going to allow China to take advantage of the American people any longer. Which is why he’s making every effort to force them back to the bargaining table and demanding a fair shake for American producers and consumers.

Isn’t that exactly the kind of effort a President should be making?

By the way, Kudlow has been banging this drum across the networks: