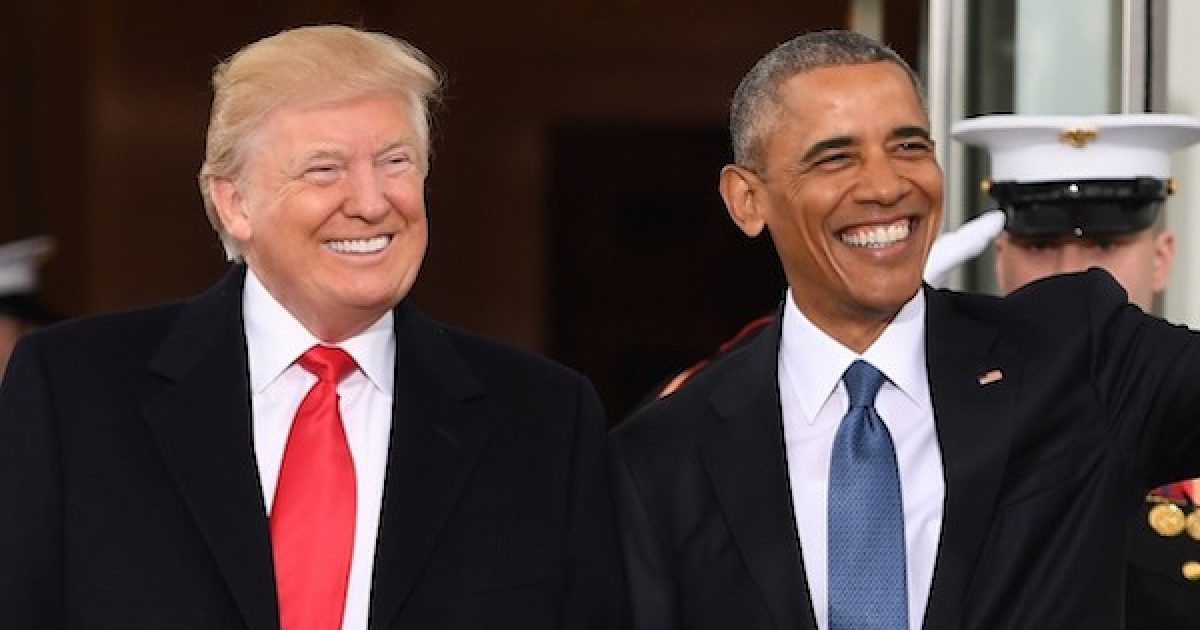 The Trump Administration’s reaction to last weekend’s Hamas rocket barrage and Israeli self-defense was much different than that of the Obama administration.

In some ways, the team Trump reaction to the conflict was somewhat similar to that of Obama’s, with one significant difference. The Trump administration’s response was unequivocal, Obama’s statements of Israel’s support usually had a “but” statement walking back the support somewhat.   The Obama administration would declare the United States supported Israel’s right to defend herself; however, they wouldn’t end there. Obama and his team usually found a way to add a false equivalency statement inferring both sides bore some responsibility for the violence.

The 2014 conflict began with a Hamas rocket barrage. Amid the rocket attacks Jen Psaki, the State Department Spox told the media. “No country should be expected to stand by while rocket attacks from a terrorist organization are launching into their country.”  She continued with a false equivalency statement, “At the same time, in the secretary’s conversation, in the conversations of all of our senior administration officials, they’ve been encouraging all sides to de-escalate the situation.”  That statement neglected the fact that for “all sides to de-escalate” Hamas had to stop firing rockets.

This past Saturday as Hamas was firing rockets into Israel,  State Dept. Spox Morgan Ortega provided this statement to the press:

“The United States strongly condemns the ongoing barrage of rocket attacks by Hamas and Palestinian Islamic Jihad from Gaza upon innocent civilians and their communities across Israel. We call on those responsible for the violence to cease this aggression immediately. We stand with Israel and fully support its right to self-defense against these abhorrent attacks.”

Jason Greenblatt, Special Asst. to the President for Special Negotiations added his two cents on Twitter,

Hamas & PIJ have engaged in yet another deplorable act of terrorism, indiscriminately firing hundreds of rockets at Israeli civilian communities. The U.S. stands firmly in support of Israel’s right to self-defense and we call on the international community to do the same.

No false equivalency in either of those statements,

Five years ago, the AP reported that then-President Obama “condemned the rocket attacks and said Israel has the right to self-defense. But Obama also urged both sides not to escalate the crisis and to restore calm.” Obama didn’t seem to care that only one side could restore calm, Hamas who started the conflict and continued the violence by firing rockets into southern Israel.

On Sunday, as Hamas was launching rockets at Israel, President Trump tweeted a different message:

Once again, Israel faces a barrage of deadly rocket attacks by terrorist groups Hamas and Islamic Jihad. We support Israel 100% in its defense of its citizens….

….To the Gazan people — these terrorist acts against Israel will bring you nothing but more misery. END the violence and work towards peace – it can happen!

We strongly condemn the attacks in Gaza by Hamas terrorists. Israel has the absolute right to defend itself & the U.S. stands by our great ally Israel.

As of this writing, there are twenty-one Democrats are running for the party’s nomination to face president Trump in 2020. Usually during campaigns; even when candidates aren’t particularly friendly toward the Jewish State they will make a statement condemning Hamas rocket attacks, and if necessary for their base, they will add false equivalency statement. Perhaps another indication of the Democratic Party’s distancing itself from Israel is the fact that as of this writing, Monday morning, not a single one of the twenty-one candidates mentioned the Hamas rocket attacks. Even worse is the fact that House Speaker Nancy Pelosi (D-CA) has been silent, and the Senate Minority leader New York’s own Senator Chuck Schumer.

Perhaps he was too busy trying to impeach the president or trying to hold AG Barr in contempt for not wanting to break the law about grand jury testimony. Maybe he is only trying to impress the Mullahs who he made happy with his support for the Iran deal because Rep. Jerry Nadler the Democrat who represents NY’s 10th Congressional District was silent about the attack on Israel until 3:42pm EDT almost eighteen hours after the cease-fire. Nadler’s silence seemed strange because 38% of his constituents are Jewish, making it the most Jewish Congressional District in the country (but then again, his vote in favor of the JCPOA was strange also as his reaction to the Omar antisemitism. He criticized Rep. Omar then blamed the right-wing)

“Hamas must immediately stop launching rockets into Israel.  The targeting of innocent communities is never acceptable, as is the exploitation of protected sites like schools and mosques by Hamas and its affiliates for the purpose of launching attacks. Israel has every right to defend itself against these rocket attacks from Gaza.”

But the new crop of Congressional Democrats seemed to reflect the Democratic Party’s move away from supporting Israel that began long before they were elected. For example, Rep. Ilan Omar (D-MN) tweeted,

How many more protesters must be shot, rockets must be fired, and little kids must be killed until the endless cycle of violence ends?

The status quo of occupation and humanitarian crisis in Gaza is unsustainable. Only real justice can bring about security and lasting peace.

Occupation? Israel left Gaza in August 2005. I can personally confirm that fact because I was visiting Israel at the time.  Perhaps Rep. Omar didn’t read the newspapers that day.

Additionally, there is no cycle of violence, it starts and ends with Hamas. Since it took over Gaza in 2007 Hamas has the Gaza Strip a staging ground for rocket and terrorist attacks.

When will the world stop dehumanizing our Palestinian people who just want to be free? Headlines like this & framing it in this way just feeds into the continued lack of responsibility on Israel who unjustly oppress & target Palestinian children and families. #FreePalestine https://t.co/p3X3j8WtwM

If she were honest, Tlaib would understand that it is Hamas that is oppressing the people of Gaza.

Supporters of Israel who will vote in the 2020 elections should carefully consider the silence of the twenty-one Democratic candidates/ Their silence can only mean they are intimidated by the anti-Israel progressives who dominate their party. If they cannot muster a statement about Hamas rocket attacks as candidates, they will not feel the need to support the Jewish State if (God-forbid) they’re elected.