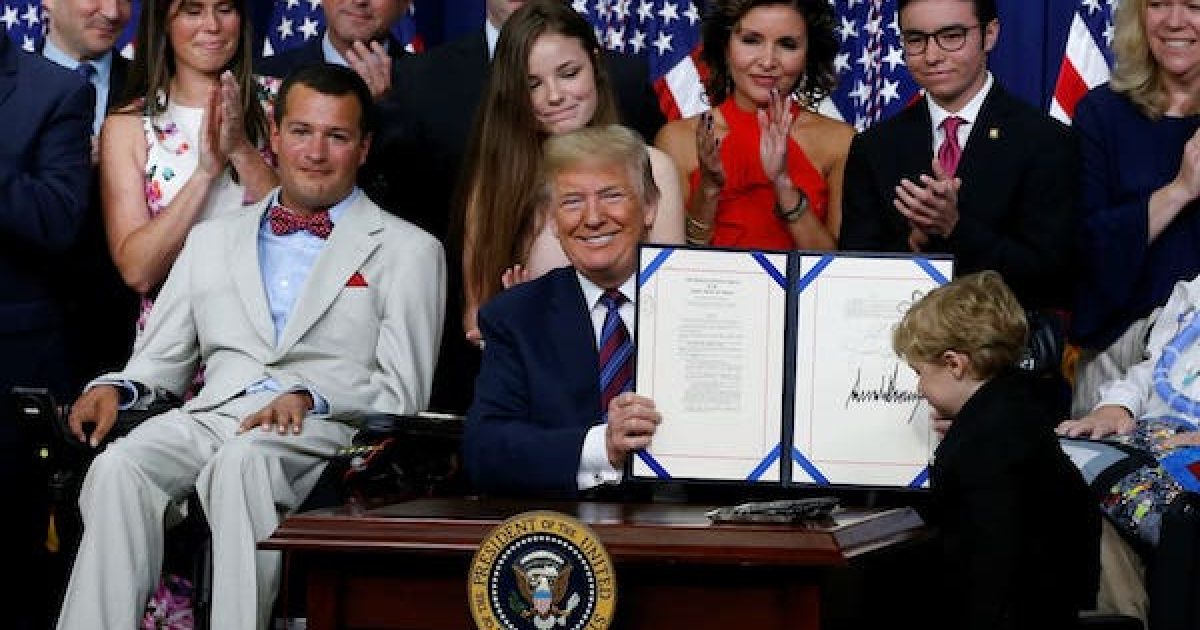 Recently Mary Vought posted an article in the New York Post showing the vital steps the Trump administration has taken to help the chronically ill and individuals with pre-existing conditions.

First, the administration has made expanded access to prescription drugs a top priority. In the fiscal year that ended on Sept. 30, the Food and Drug Administration OK’d 971 generic drugs — a record, breaking the old mark of 937 approvals set just last year. Compare that to the 651 green-lighted in 2016 and the 492 the year before under President Barack Obama.

The more rapid approval of generic drugs has had an impact on patients’ wallets — and lives. A recent Council of Economic Advisers report found that the slowdown in prescription drug price growth over the past two years saved consumers $26 billion through July.

Trump also recently signed the “Right-to-Try” law allowing terminally ill patients the right to try experiment or trial drugs as a last-ditch effort to save their lives.

Secondly, the Trump administration has expanded access to more coverage options — not fewer as Obamacare did.

To individuals who can’t afford pricey ObamaCare plans, changes to short-term, limited-duration insurance will give alternatives with more reasonable rates — and a guarantee that they can maintain their coverage should they develop a costly illness that requires treatment after their plans’ expiration date.

Placing politics over people and sticking to their “ObamaCare or nothing” mentality, Democrats in Washington, and in the states, have actually worked to block access to these plans.

Another great thing Trump has done is to allow the states to have more flexibility in administering their Medicaid programs. The new rules actually help poor people afford healthcare insurance.

Disability groups aligned with Democrats didn’t mention it at the time, but ObamaCare effectively created a two-tier Medicaid system — with individuals with disabilities and other vulnerable populations at the back of the line.

Under the Affordable Care Act, states get 90 cents from Washington for every dollar they spend covering able-bodied adults, but only 50 to 75 cents for covering individuals with disabilities. That has led states that expanded Medicaid under ObamaCare to treat people with disabilities as lower priorities.

No rational person would publicly advertise a system that forces hundreds of thousands of individuals with disabilities to wait before receiving needed care. But ObamaCare did just that.

According to Vought, these changes have made healthcare insurance better, and it certainly seems that way.