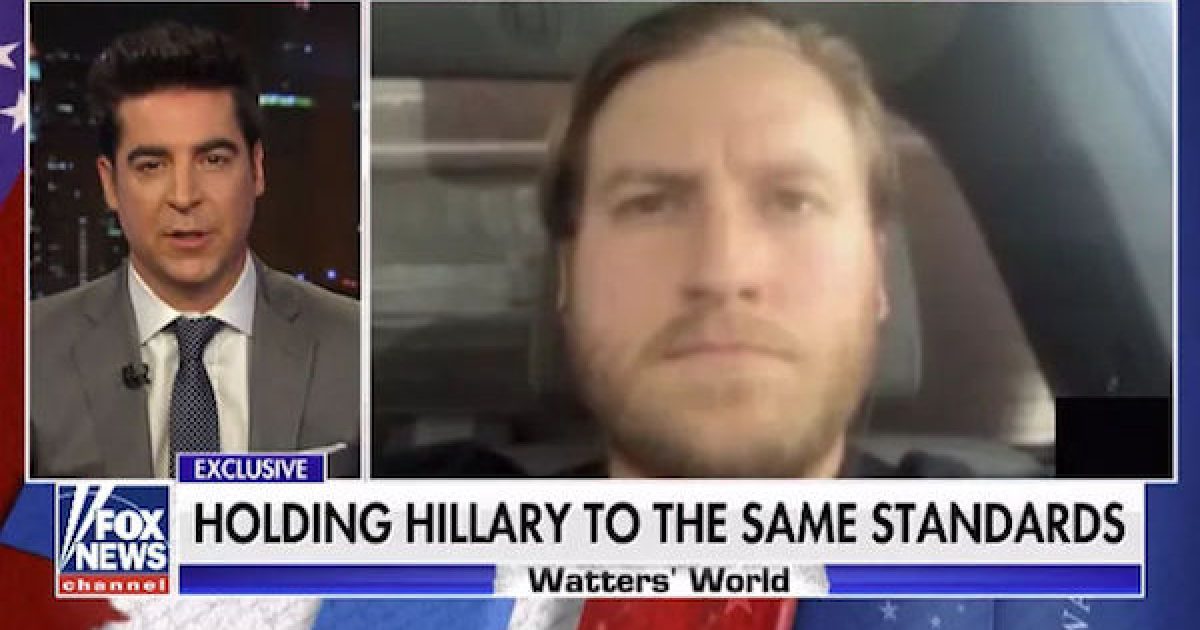 As Fox News noted in its report, “Trump had denounced the government’s handling of Saucier’s case, calling it a political move and saying it contrasted with the velvet-gloved response to former Secretary of State Hillary Clinton’s mismanagement of classified information through a private server.”

While he was campaigning for office in 2016, Trump repeatedly mentioned the Saucier case in contrast with the way the Obama Justice Department handled the Clinton email investigation, the Washington Examiner noted.

This is the second time the president has issued a pardon, and according to published reports, Saucier learned of his pardon while driving a garbage truck on the job. He has been unable to find a different job with the felony conviction on his record.

Saucier, in various interviews, has repeatedly accepted responsibility for having taken the images, which he insists amounted to memorabilia about his time in the service.

However, while he did a year behind bars and was under house arrest following his release, charges were never brought against Clinton for using a private email server during her tenure as Secretary of State. Former FBI Director James Comey did say in a public statement that Clinton was “’extremely careless’ with her handling of classified documents,” The Hill recalled in its report.

Saucier’s pardon was approved just days after it was reported that the Justice Department was taking a second look at the former sailor’s pardon request. The pardon was announced Friday by White House Press Secretary Sarah Huckabee Sanders. She noted that “The president is appreciative of Mr. Saucier’s service to the country.”

The pardon may bring new, and unwelcome, attention to the way the Justice Department handled the Clinton email server investigation. After her stunning – and surprise – loss to Trump in November 2016, Clinton spent much of the following year touring the country on what many have dubbed the “excuse campaign” to promote her book “What Happened” and offer a variety of explanations about her defeat.

Below is an interview Martha MacCallum did with Kristian Saucier two months ago.