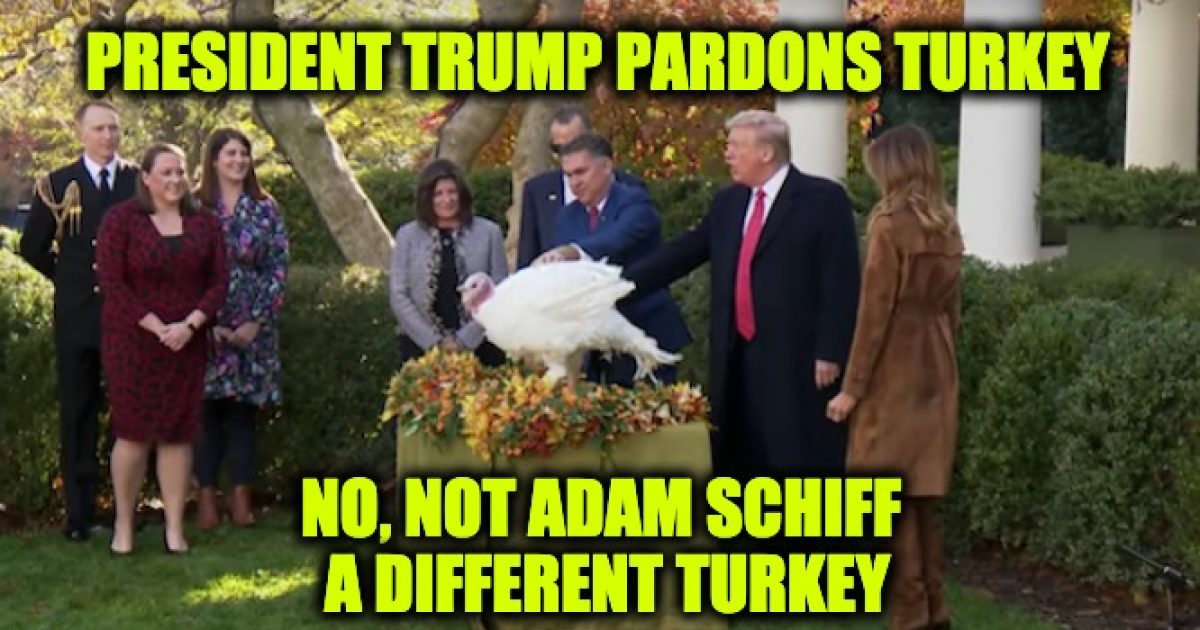 This year’s turkeys, Bread” and “Butter”  were hilariously pardoned by President Trump at the White House this afternoon.

The birds had quite the time, as evidenced by their stay in the ever-so-swanky Willard Hotel (gee when I went to the RNC convention, they made me stay at a Motel 6). 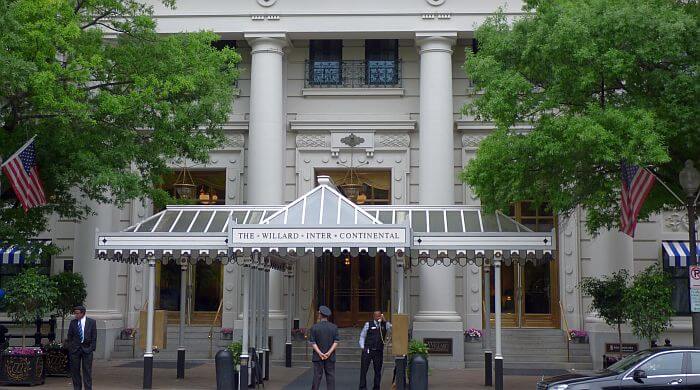 The Presidential Turkeys have arrived in DC! After their trek from North Carolina, the two birds are settled in at The @WillardHotel and are resting up for the ceremony on Tuesday.

Tune in tomorrow at 11 a.m. ET to learn their names and vote for which bird should be pardoned! pic.twitter.com/bSHd7gjwhM

Then, as they were receiving their fanfare in the Rose Garden, President Donald Trump threw a couple of butterballs in the direction of House Intel Committee Chair and long-time turkey, Adam Schiff.

‘Bread And Butter Have been specially raised by the Jacksons to remain calm under any condition, which will be very important because they have already received subpoenas to appear in Adam Schiff’s basement on Thursday. [laughter] [applause]’ it seems the Democrats are accusing me of being too soft on turkeys.’ The president looks at the two turkeys and adds, ‘But Bread and Butter I should note that unlike previous witnesses you and I have actually met it’s very unusual.” referencing the fact that many of the witnesses in the Schiff Impeachment hearings never met Trump and were providing hearsay or their own opinions.

Going after the liberal media, the President added:

“In any event I expect this pardon will be a very popular one with the media after all turkeys are closely related to vultures I don’t know if I like that line, but there is a little truth to it.”

While Trump only publicly pardoned Butter, both Bread and Butter will avoid the chopping block.

Below is a video of the funny turkey pardoning ceremony.

Parts of this post were first seen at Libertyhub.com