Trump On Benghazi Hearings, ‘Maybe Biden Did The Wrong Thing Getting Out Yesterday’ 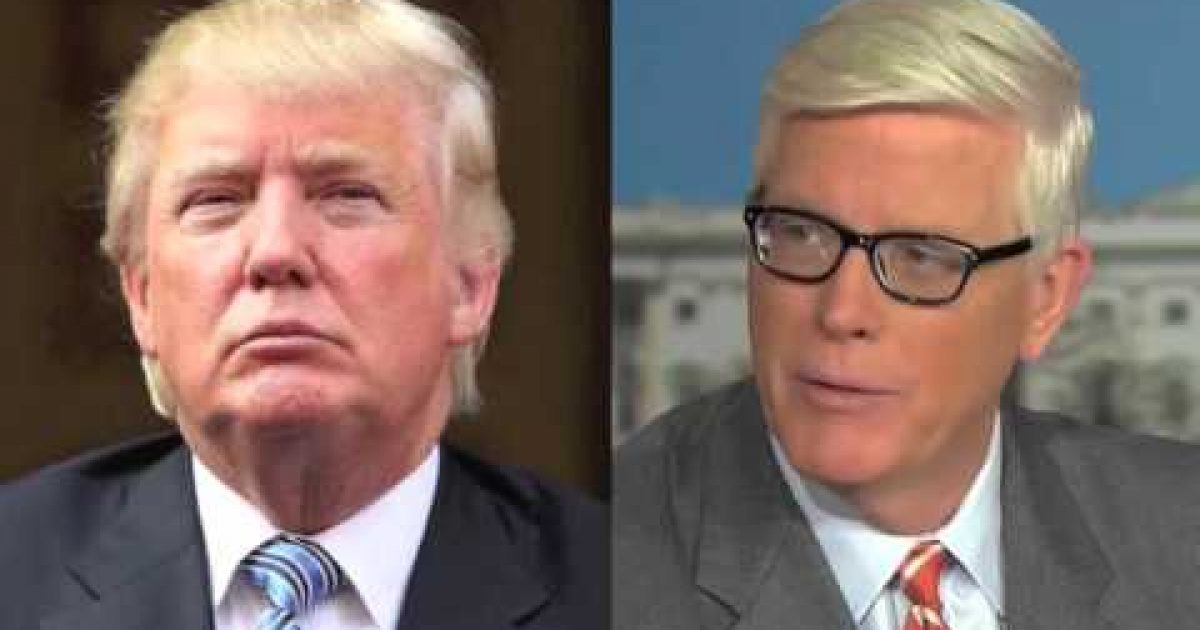 Thursday evening saw Donald Trump making his return to the Hugh Hewitt radio, show hosted by the guy he once call a third rate announcer because he asked a question that any presidential candidate should have known.  It was also the same day that Hillary Clinton testified to the house select committee on Benghazi. When asked about the hearings, Trump was pure Trump, “But as I’m hearing it today, they’re not pulling back at all. They’re really going into it, and I’m just hearing she’s looking very bad. Maybe Biden did the wrong thing getting out yesterday.

The transcript and video of the segment are below:

Hewitt: On a day of huge headlines from Capitol Hill and from polling around the country, Donald Trump has surged to a commanding lead in the Washington Post/ABC poll. He’s ahead in the Bowling Green University poll in Ohio, and in fact, he leads every poll I’ve seen except one with Iowa. We’ll talk about that, but Donald Trump, welcome back to the Hugh Hewitt Show, great to talk to you.

Trump: Great to be with you, Hugh.

Hewitt: Let me begin with former Secretary of State Hillary Clinton. Have you had a chance to watch any of today’s hearings?

Trump: No, I want to get your input, because I actually watched her first five minutes, and then I had to go, because I had a big meeting. And I thought her opening remarks really looked bad, but I don’t know. I have not been hearing positive things. How is she doing?

Hewitt: Terribly. There are smoking guns all over the place. It’s an armory of smoking guns. Let me play for you one exchange. This is Congressman Mike Pompeo talking to her, Donald Trump, about security at the embassy.

Pompeo: Do you know how many security requests there were in the 1st quarter of 2012?

Clinton: For everyone or for Benghazi?

Pompeo: For, I’m sorry, yes, ma’am, related to Benghazi and Libya. Do you know how many there were?

Pompeo: Ma’am, there were just over a hundred-plus. In the 2nd quarter, do you know how many there were?

Pompeo: Ma’am, there were 172ish. Might have been 171 or 173. That’s…how many were there in July and August, and then that week and a few days before the attacks, do you know?

Clinton:: There were a number of them. I know that.

Pompeo: Yes, ma’am, 83, by our count. That’s over 600 requests. You’ve testified here this morning that you had none of those reach your desk. Is that correct also?

Pompeo: Madame Secretary, Mr. Blumenthal wrote you 150 emails. It appears from the materials that we’ve read that all of those reached your desk.

Hewitt: What do you make of that, Donald Trump?

Trump: Wow, that’s unbelievable. That sounds pretty amazing. So these were requests for protection, essentially?

Trump: Wow, that’s not good. So hundreds and hundreds of requests? I would say that doesn’t sound so good. I mean, I just saw, you know, it was very interesting, because I did have to leave, and I watched maybe five or six minutes, maybe ten minutes, her opening remarks, and the way she was reading them, it sounded terrible. The whole thing sounded terrible. And I thought, I was very, I was so looking forward, and I am looking forward, actually. You know, I’m going to Florida. I’m doing a big thing at Doral tomorrow, like thousands of people, and we’re going to have 15,000 people in Jacksonville, Florida. I said I have to go back upstairs. I don’t want to watch this hearing. But I can get, from you, I’ll get better than watching it. That’s the thing I like about you. So you think that, I mean, you think that she is not doing well?

Hewitt: I think she’s doing terrible, and there’s one aspect I want to go to your Art of the Deal experience.

Hewitt: She has listened to the [Congressmen] with her hand on her face, with her head, you know, cocked to one side contemptuously throughout hours and hours of testimony. When you see that at a negotiation, Donald Trump, what does that tell you?

Trump: Well, I think she’s trying to feign boredom, but I think she probably wants to just get out of there. It really, you know, sort of indicates two things. But she’s trying to feign disdain and boredom. And it just sounded to me, I have other friends that have been watching it very studiously today, and they are really surprised. You know, when I watched Trey Gowdy on, I think it was Face The Nation this weekend, it sounded to me like he was not going to go after her that much, Hugh, because he was sort of saying well, we have other people, and she’s just a small part of it. It sounded to me like he was pulling back. But as I’m hearing it today, they’re not pulling back at all. They’re really going into it, and I’m just hearing she’s looking very bad. Maybe Biden did the wrong thing getting out yesterday.

Hewitt: Maybe he did. Here is a second, the smoking gun exchange. This is Ohio Congressman Jim Jordan with the former Secretary of State.

Jordan: In that email you sent to your family, here’s what you said at 11:00 that night, approximately one hour after you told the American people it was a video, you say to your family two officers were killed today in Benghazi by an al Qaeda-like group. So you tell the American people one thing, you tell your family an entirely different story. Also, on the night of the attack, you had a call with the president of Libya. Here’s what you said to him. Ansar al-Sharia is claiming responsibility. It’s interesting. Mr. Khattala, one of the guys arrested and charged, actually belonged to that group. And finally, and most significantly, the next day, within 24 hours, you had a conversation with the Egyptian prime minister. You told him this. We know the attack in Libya had nothing to do with the film. It was a planned attack, not a protest. Let me read that one more time…

Hewitt: What do you think?

Hewitt: Do you think when you lose…

Hewitt: Oh, I think her credibility is shattered, and I wonder, once you lose credibility, how do you get it back, Donald Trump?

Trump: It’s very hard. It’s very hard, especially when you lose it in such a public forum. You know, a lot people are watching and want to watch it, and they’re going to be going home tonight, like me, and they want to devour it. And they want to see what’s going on. And I mean, just from the little bit that you’ve played for me. And plus, there’s a level of, you know, the questions are tough. They’re tough. The way they’re put is very tough. And…

Hewitt: Let me ask you this. This is also occurred to me.

Hewitt: …as appropriate for Donald Trump. Lots of people want to get to you. Obviously, you’ve got hundreds of thousands of people want to get to you. They want you in their deals. They want your name, etc. If someone like Sidney Blumenthal gets through to you 130 times, and you respond to them, does that person have standing? Should we as an outsider say that person has standing with Donald Trump, or in this case, with Hillary?

Trump: Yes, that person, that person has great standing, and Blumenthal obviously had great standing. Most people are not able to get through. I’d say 99.9, most people are not able to get through to somebody like Hillary. He gets through, and from what everybody tells me, this is not a good person. And this is not a person that she should be dealing with. And I think the President, as I remember from seeing it a long time ago, didn’t they even request that she not deal with him? They don’t like him.

Trump: They don’t want him dealing with her? So she’s doing that behind the President’s back, and in theory, she’s working with the President and for the President. So I think that’s amazing, and I noticed how much he seemed, the access he seemed to have to her. And has that come up, yet, today?

The “Vaccine” Magnetic Phenomenon Was Warned About By This Doctor In 1995 – You Won’t Believe What He Said It Would Do (Video)
June 20th, 2021 Sons of Liberty Media